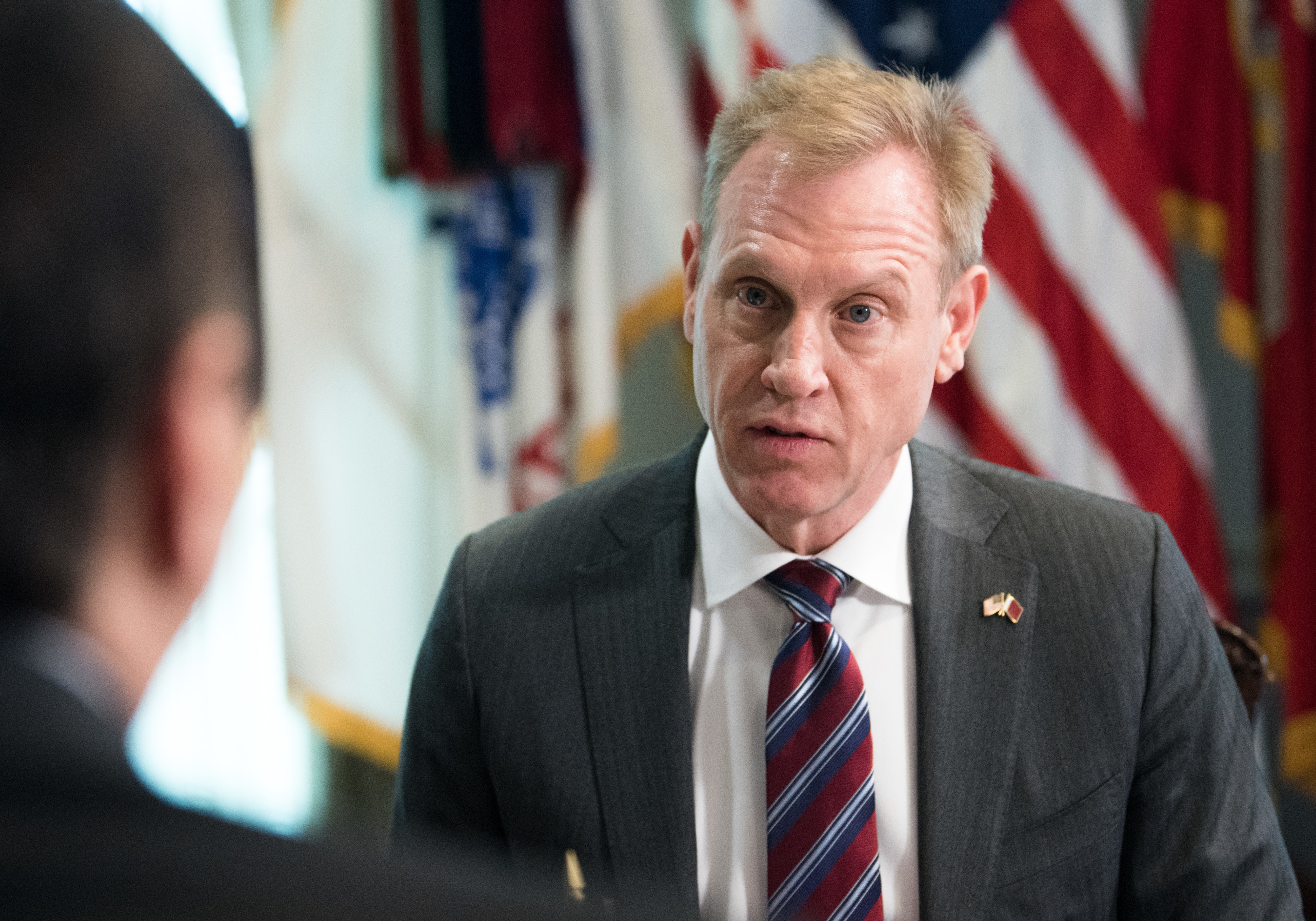 The acting secretary of defense defended the Pentagon’s decision to retire a Nimitz-class carrier 25 years early during a hearing before the Senate Armed Services Committee on Thursday.

In response to chairman Sen. Jim Inhofe’s (R-Okla.) questions on why the Department of Defense was calling for shedding the carrier, Acting Secretary of Defense Patrick Shanahan framed retiring USS Harry S. Truman (CVN-75) as a trade between a legacy capability and investment in future systems. Shanahan said the retirement of Truman was offset by the two-ship buy of future Ford-class carriers in a deal negotiated with Huntington Ingalls Industries announced earlier this year.

“Let me walk through the benefits of the decision and then potential off-ramps so that we don’t find ourselves in a difficult situation,” Shanahan told Inhofe.

“With this decision of the two-carrier buy and to not refuel the Truman, our lethality of our carriers and capabilities increases with the two carriers. The second is, until [the] mid-20s we maintain the level of 11 carriers. Part of the calculus here was to maintain employment. In fact, with [this] decision, we grow employment in the industrial base. We want to make sure that not only the shipyards maintain their employment, there’s actually growth, but also [growth in] the supply chain. The last is the funds that we freed up making these decisions are invested in the future force.”

Shanahan told the panel the two-carrier deal saved the Navy $4 billion, and opting not to refuel and overhaul Truman would save additional $3.4 billion over the five-year future years defense plan.

Inhofe replied, “I’m still not happy with the results of that, and my mental numbers don’t agree with that.”

Later in the hearing, Shanahan told Sen. Mazie Hirono (D-Hawaii) that the move to cancel the Truman refueling and complex overhaul (RCOH) would refocus the workforce in the shipyards on other tasks like building the new Ford carriers.

“The workforce, when we look at what is in the shipyards the combination of submarines, new carriers and then maintenance, all that is done in the same shipyard and that workforce moves from project to project,” he told Hirono. “When we look at the total employment, the total employment goes up in the period of time we’re building the two carriers.”

Hirono responded, “as I talk with some people from the shipyards, I’m not sure that is the case.”

Though he didn’t name the yard in testimony, Shanahan was referring to Huntington Ingalls Industries’ Newport News Shipbuilding yard in Virginia. In addition to building Ford-class aircraft carriers, about a third of the yard is responsible for buildings sections of the Virginia-class submarine and another third of the workforce focuses on the Nimitz-class RCOHs.

A request for comment to see if Hirono had spoken with HII officials on the issue was acknowledged by a Hirono spokesperson but not immediately returned.

Hirono went on to ask Chairman of the Joint Chiefs of Staff Gen. Joseph Dunford if he would elect to refuel Truman.

“If I look at it from the military dimension alone, that would be true, but I have to acknowledge that the secretary and the president have broader responsibilities than I do,” Dunford said.

On Wednesday, Chief of Naval Operations Adm. John Richardson told reporters the cost savings on the two-carrier buy was not inherently linked to the costs savings from the RCOH.

“I don’t think they are connected. The two-carrier buy is a statement about the aircraft carrier moving forward. Particularly, the new aircraft carrier,” Richardson said. “The decision on Truman is really connected to balancing capabilities between 25 years of the Nimitz-class aircraft carrier against the requirements, which are being studied. Also, this idea that we want to make sure we’re not missing opportunities to exploit technology. I don’t see them as being tightly coupled.”

Despite the budget calling for Truman‘s retirement, the Navy is making no moves at the moment to cut an air wing as part of the retirement, USNI News understands.

Thursday’s hearing is a preview what will likely be a tough fight over canceling the refueling of Truman.

In addition to the SASC, House Armed Services Committee leaders have said they would oppose canceling the refueling.

“We have made a significant investment in these ships, and I am perplexed why anyone would consider taking the cornerstone of the United States Naval Force and allowing it to atrophy.”