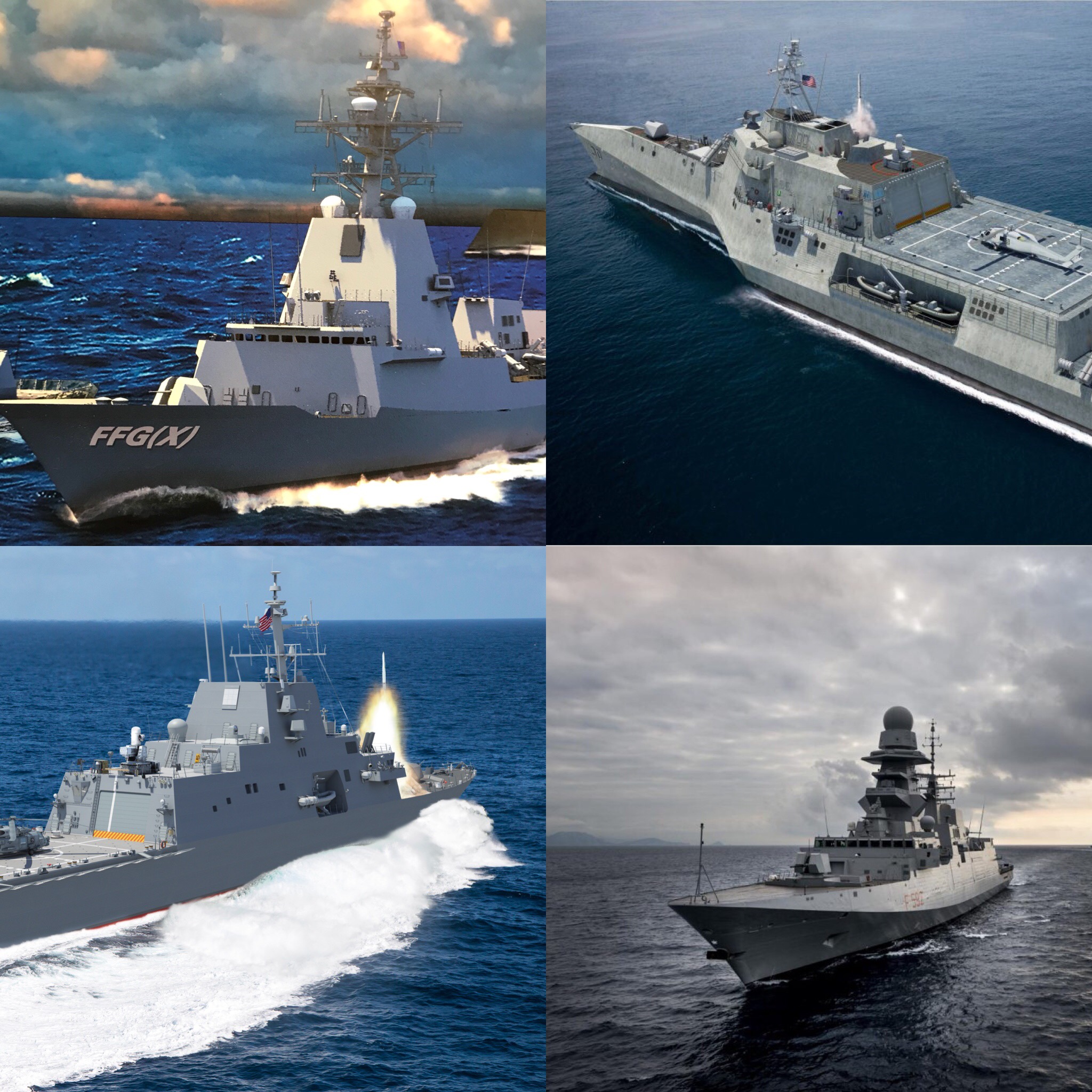 THE PENTAGON — The Navy is budgeting $1.3 billion in Fiscal Year 2020 to purchase its first-in-class guided-missile frigate and associated engineering costs as part of an aggressive push to buy nine FFG(X) hulls by FY 2024, according to a Tuesday Navy budget overview.

The service is set to award the final design and construction contract for the frigate program in 2020, with the delivery of the first ship estimated to occur six years later, according to a draft request for proposal issued last week. The $1.3 billion cost for the lead ship falls just about $400 million less than an Arleigh Burke Flight III guided-missile destroyer.

In addition to the money for the first hull, included in the service’s FY 2020 shipbuilding account, the Navy is also asking for $59 million in its science and technology funding line to complete the conceptual design phase of the frigate.

The new class of ship is set to follow the Navy’s current classes of Freedom- and Independence-variant Littoral Combat Ships and will have a greater emphasis on a multi-mission capability.

“The Navy desires to maximize the lethality and survivability of the FFG(X) in surface warfare, air warfare through a local area defense capability and anti-submarine warfare while keeping the ship an effective and affordable part of distributed maritime operations,” reads the Navy budget document.

The ship’s systems include:

In addition, the Navy has hinted that the new class of frigate will be a key command and control node for its emerging classes of “attritable” unmanned surface vehicles the Navy is heavily investing in as part of the FY 2020 budget. The Navy is asking for $447 million in FY 2020 to develop the new USVs.

“As part of the Navy’s distributed maritime operations concept, the FFG(X) small surface combatant will expand blue force sensor and weapon influence to enhance the overall fleet tactical picture while challenging adversary intelligence, surveillance, reconnaissance, and tracking efforts,” read the summary of the effort posted on FedBizOpps.
“FFG(X) will also contribute to the Navy the nation needs by relieving large surface combatants from the stress of routine duties during operations other than war.”

While the first-in-class cost is about twice that of current classes of Littoral Combat Ship, service officials said earlier this year that the price would come down significantly for the follow-on ships in the class.

“$950 (million) was the threshold; $800 million is the objective,” frigate program manager Regan Campbell said in January at the Surface Navy Association symposium.
“We started closer to the $950; we are trending to very close to the $800 now. We have taken some very significant costs out of the average follow units. Lead ship? I won’t give you a number, but it is reflected in the president’s budget, which you will see shortly.”

The FFG(X) procurement is based on a new scheme that bases the design on an existing parent hull already in production.

While the five shipbuilders were awarded contracts, the competition is open to any builder that meets the parent design requirement.