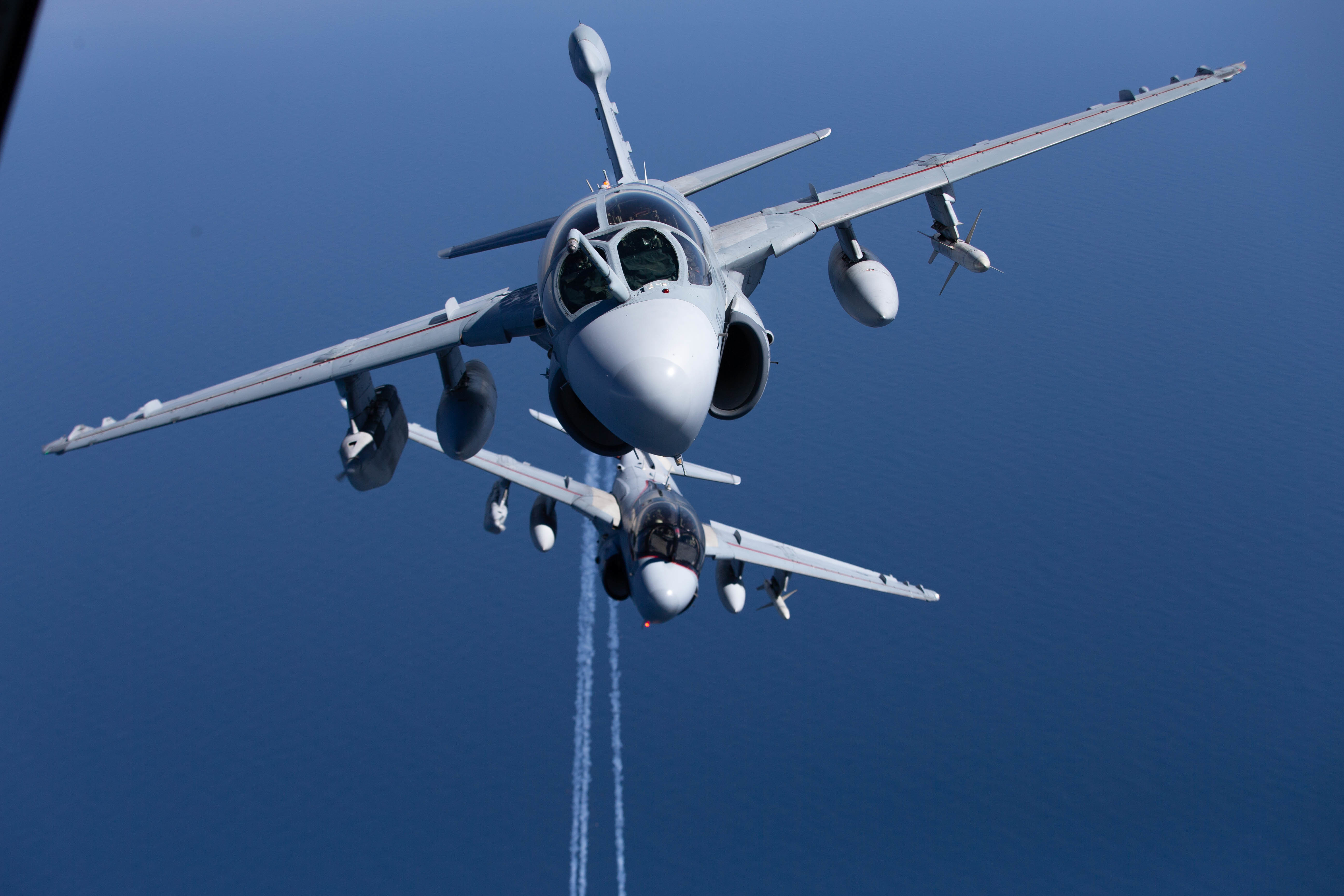 The Marine Corps will deactivate its final electronic attack squadron in a Friday ceremony, sending its trusty but aging EA-6B Prowler jet into retirement.

The “Death Jesters” of Marine Tactical Electronic Warfare Squadron 2 (VMAQ-2) will formally be decommissioned and the Prowler retired during a “sundown” ceremony at Cherry Point Marine Corps Air Station, N.C. VMAQ-2 had logged the Prowler’s final combat missions last year when it deployed its six jets to Qatar and supported military operations in Afghanistan, Iraq and Syria. The squadron flew its final flights on Feb. 28.

For more than 40 years, the EA-6B was the Marine Corps’ primary airborne, electronic warfare platform and flew missions – day or night and in any weather – to identify, jam, target, strike enemy defenses on the ground or in the air while supporting joint, combined and Marine air-ground task force operations. Marine Prowlers flew combat missions during the 1991 Persian Gulf War and later in Bosnia, Iraq and Afghanistan.

The long-range Prowler was crewed by one pilot and up to three ECMOs, or electronic countermeasures officers, who operated its electronic warfare systems. With its missiles and suites of sensors and electronic countermeasures, including the AN/ALQ-99 Tactical Jamming System, the jet could strike or help target enemy forces, jam enemy radars, knock out enemy communications, collect electronic intelligence and even jam improvised explosive devices.

The twin-engine Prowler, built by Northrop Grumman Aerospace Systems, was the electronic attack version of its A-6 Intruder. It became operational in 1971. “We’ve managed to hang on for a long time because they keep finding a use for us. And even up until the end we have one of the highest operational tempos of any other community in Marine aviation,” Lt. Col. Andrew A. Rundle, VMAQ-2’s commanding officer, said in an Air Force news article in September.

The Marine Corps, which had three operational, six-jet squadrons, deactivated its Prowler training squadron, VMAQT-1, in fiscal 2016. The “Seahawks” of VMAQ-4 deactivated on June 2, 2017, and the “Moondogs” of VMAQ-3 deactivated on May 11, 2018.