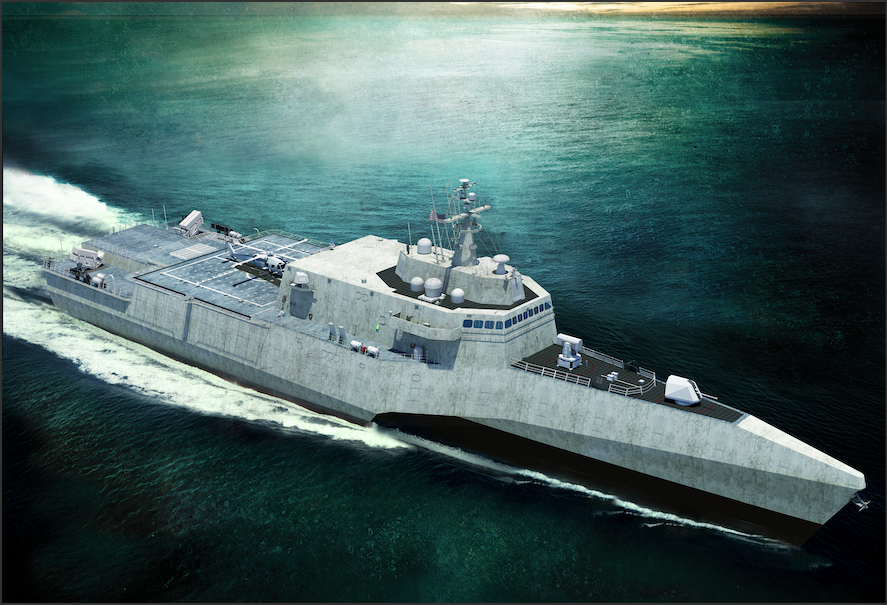 The Navy has issued a draft request for proposal to design and build its planned class of 20 next-generation guided-missile frigates (FFG(X)).

Posted late Friday, the detailed design and construction RFP draft will serve as a practice run for shipbuilders to pitch their designs for the small surface combatants that are set to follow on the two classes of Littoral Combat Ships currently in production.

The document lays out a schedule to produce 10 ships — a lead ship that would deliver 72 months after contract award and options for nine follow-ons hulls. Later this year, the Navy plans to issue a final detailed design and construction RFP with the contract to be awarded in 2020. Submissions for the work have to be based on an existing U.S. or allied hull currently in service as part of an ongoing rapid acquisition scheme for the class.

Friday’s draft follows the Navy’s award last year of five development contracts to shipbuilders to refine an existing parent hull design to serve as a basis for the frigate.

While the five shipbuilders have worked with the Navy to refine the designs, the competition for the upcoming detailed design and construction contract will be open to any competitor that meets the requirements for a pitch based on a mature parent design, the Navy said earlier this year.

As to price, earlier this year the service gave an updated range for what the follow-on ships could cost based on work down through the development contracts.

“That $950 (million) was the threshold; $800 million is the objective,” frigate program manager with Program Executive Office Unmanned and Small Combatants Regan Campbell said in January at the Surface Navy Association symposium.
“We started closer to the $950; we are trending to very close to the $800 now. We have taken some very significant costs out of the average follow units. Lead ship? I won’t give you a number, but it is reflected in the president’s budget, which you will see shortly.”

The Navy is holding an unclassified industry day on March 19 and contract submissions for the draft are due by April 1. 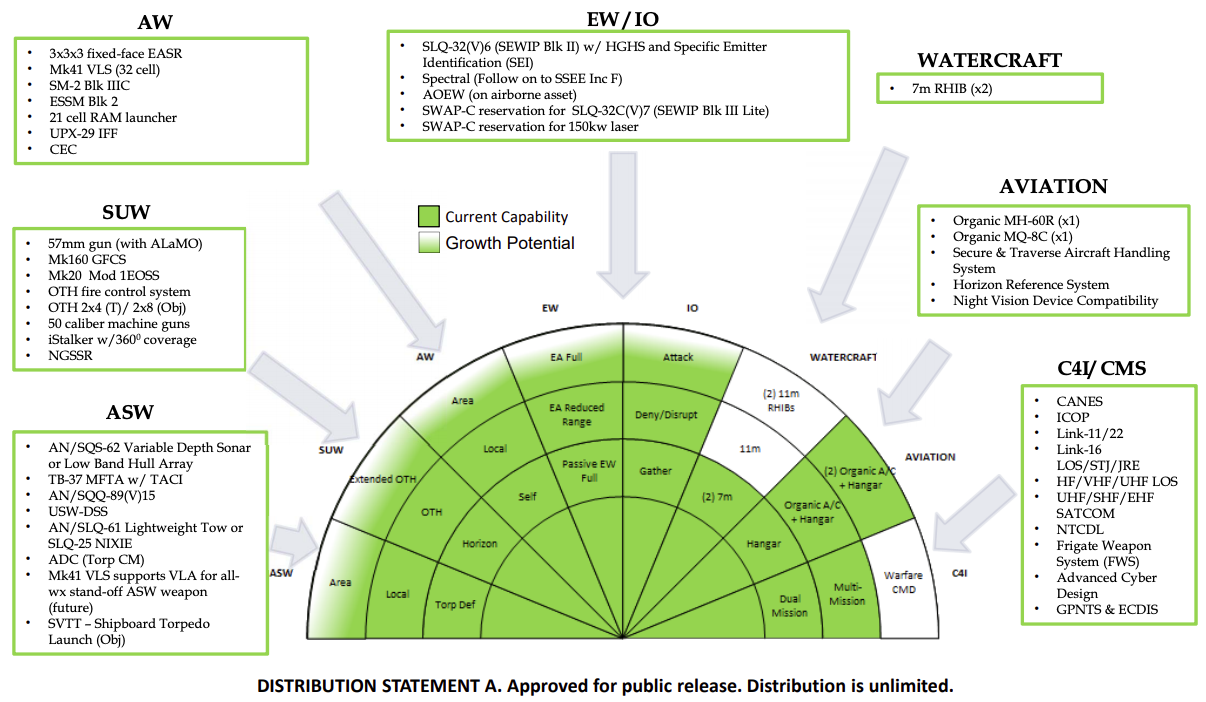 In the summary of the draft RFP, the Navy sets out a vision for the new class that cast the FFG(X)s in a role as a major sensor node in an emerging integrated Navy tactical battle network.

“FFG(X) will also contribute to the Navy the nation needs by relieving large surface combatants from the stress of routine duties during operations other than war.”

In January, the service laid out in more detail the baseline capabilities for the planned class that include:

While the Navy hasn’t been explicit about the connection, the inclusion of the high-bandwidth datalinks on FFG(X) hint at an important role for the class to provide command and control and targeting information to the Navy’s emerging family of unmanned surface vehicles.