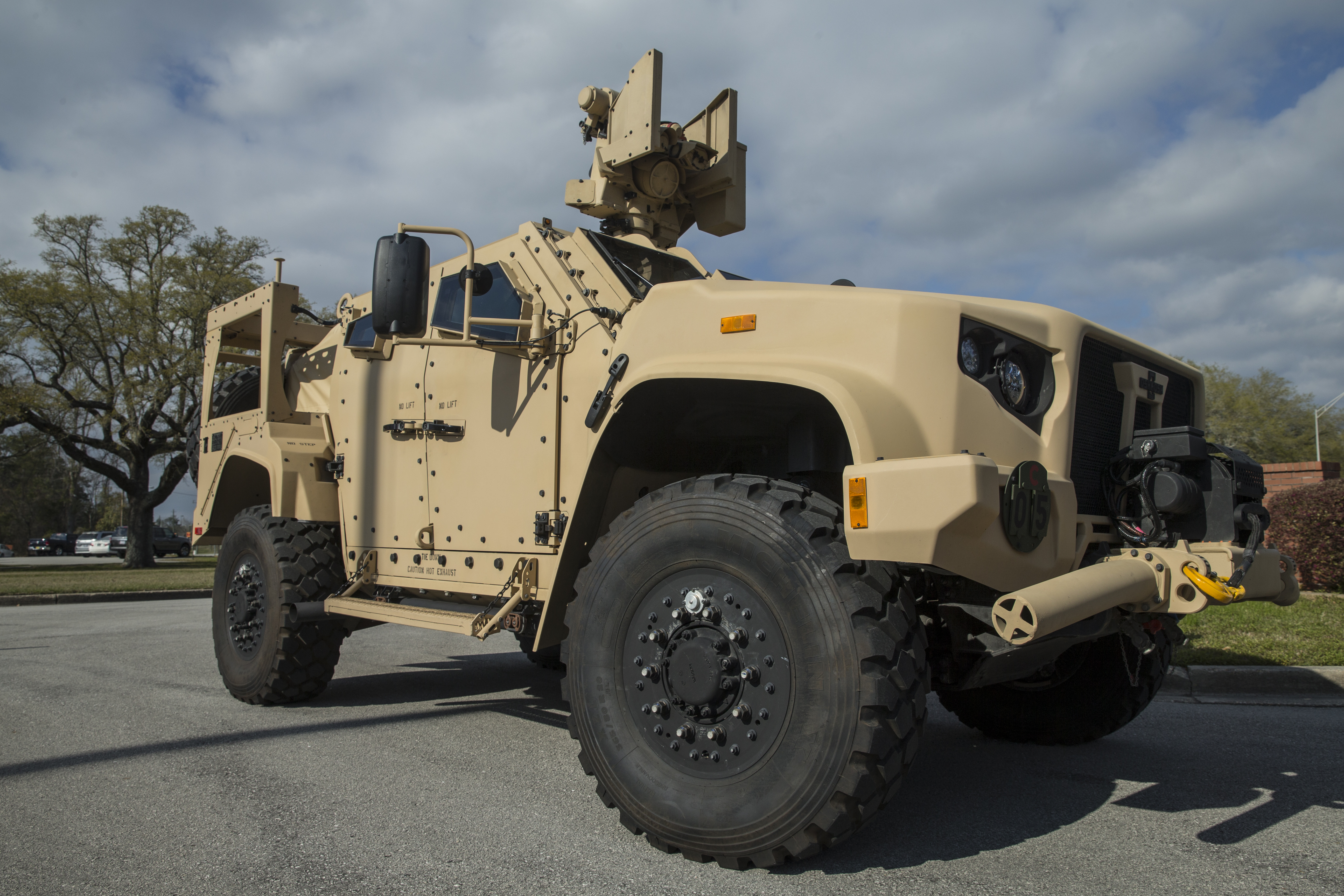 The Marine Corps will field its first 55 vehicles to support units at training locations across the country – including the School of Infantry West, School of Infantry East and the Motor Transport Maintenance Instructional Company – by the end of May, Andy Rodgers, Marine Program Manager for Light Tactical Vehicles, told reporters in a call today. Beginning in July, operational units will begin receiving their first vehicles that will eventually replace the legacy Humvee fleet.

3rd Battalion, 8th Marines in Camp Lejeune, N.C., will receive the first vehicles set for operations, and once that fielding takes place in July the Marine Corps will be able to declare initial operational capability (IOC) on the Marine Corps side. The Army acquisition community will handle its fielding and IOC declaration separately, Rodgers said.

By the end of the fiscal year, Rodgers said, all three Marine Expeditionary Forces – I MEF in Camp Pendleton, II MEF in Camp Lejeune and III MEF in Okinawa, Japan – will have received some combination of vehicles covering all four variants: general purpose, heavy guns carrier, utility and close combat weapons carrier.

Rodgers said that a year ago the Marine Corps and Army jointly completed a Multiservice Operational Test and Evaluation (MOT&E) event, the results of which fed into a Director of Operational Test and Evaluation (DOT&E) report that was just recently released. The report notes several deficiencies in training and logistics that Rodgers said the Marines spotted during MOT&E and immediately started working to address.

“If you go back a couple years, specifically to 2012 when the JLTV program entered the engineering and manufacturing development phase or EMD phase, there were conscious decisions made – because it was during the height of sequestration – that we were going to take basically approaches to reduce the cost and save the taxpayer dollars. One of those approaches was to not mature logistics products,” he said. Once Oshkosh won the competition in August 2015, Rodgers said talks resumed in January 2016 about developing training and logistics packages in time for the MOT&E.

“We literally had 25 months until we got to February of 2018 to mature the parts, the manuals, the training packages. That is a herculean effort for an ACAT I program when you’re dealing with billions of dollars and something as technically complex as the JLTV,” he said. At the MOT&E event, the Marine Corps used a 40-hour maintenance training package to teach vehicle maintainers, and Rodgers said it was clear right away that a longer and more in-depth training course was needed. The DOT&E report reflects the shorter course used in February 2018, but Rodgers said that since April the service has been using an 80-hour course that was matured and validated last summer. Since October four maintainer classes have been conducted, and more are ongoing now. 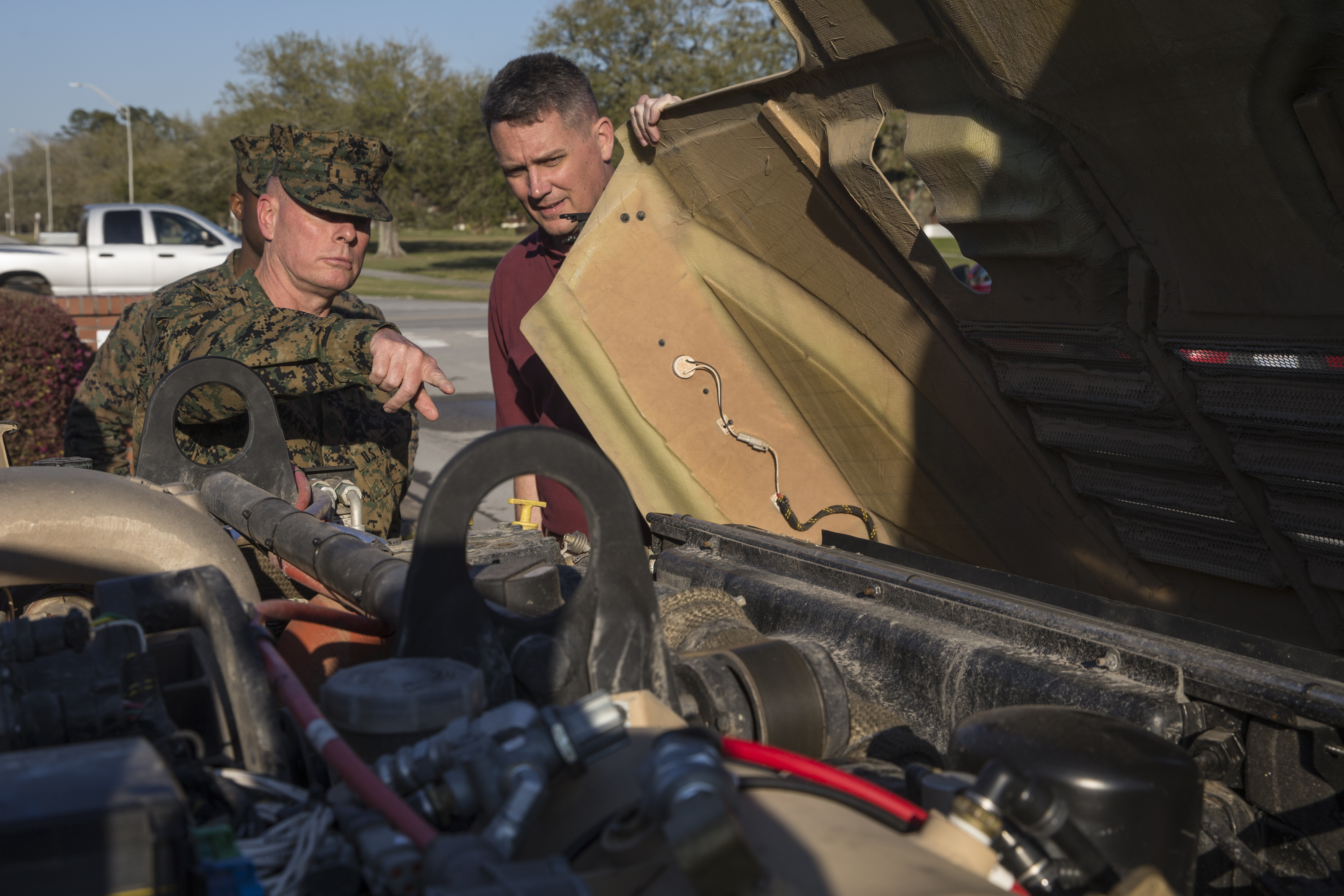 Similarly, the JLTV operators course has been matured since MOT&E, as the operator training manuals and interactive electronic technical manuals were completed in the intervening months.

The DOT&E report notes other challenges, such as a slow and ineffective process for firing tube-launched, optically tracked, wire-guided (TOW) missiles from the close combat weapons carrier variant of the JLTV. Rodgers said many of the items noted in the DOT&E report come down to tactics, techniques and procedures that will be smoothed out once the Marines start working with the vehicles and improving upon the service’s understanding of how to best operate them. Rodgers noted the legacy Humvees had similar challenges during its own testing in 1986 that were all worked out after fielding.

Rodgers said he believes the JLTV will ultimately require less maintenance and be more reliable for Marines than the Humvee is today. The Humvee goes between 500 and 600 miles between operational mission failure, compared to the JLTV’s threshold requirement of 2,400 miles before operational mission failure, which the vehicle has far surpassed in its developmental testing. He noted a lower rate during MOT&E due to some tire issues, but he said he believes that “once we start fielding and we are training the maintainers, training the operators, and they are more comfortable with the vehicle, the reliability of the vehicle will go up, which means there will be less maintenance on the vehicles. Comparing it to the Humvee, it is already less burdensome, or there is less maintenance to perform on the vehicle,” though he noted that each maintenance action may take longer on average due to having to remove armor panels and the JLTV having a bigger and more complex engine. 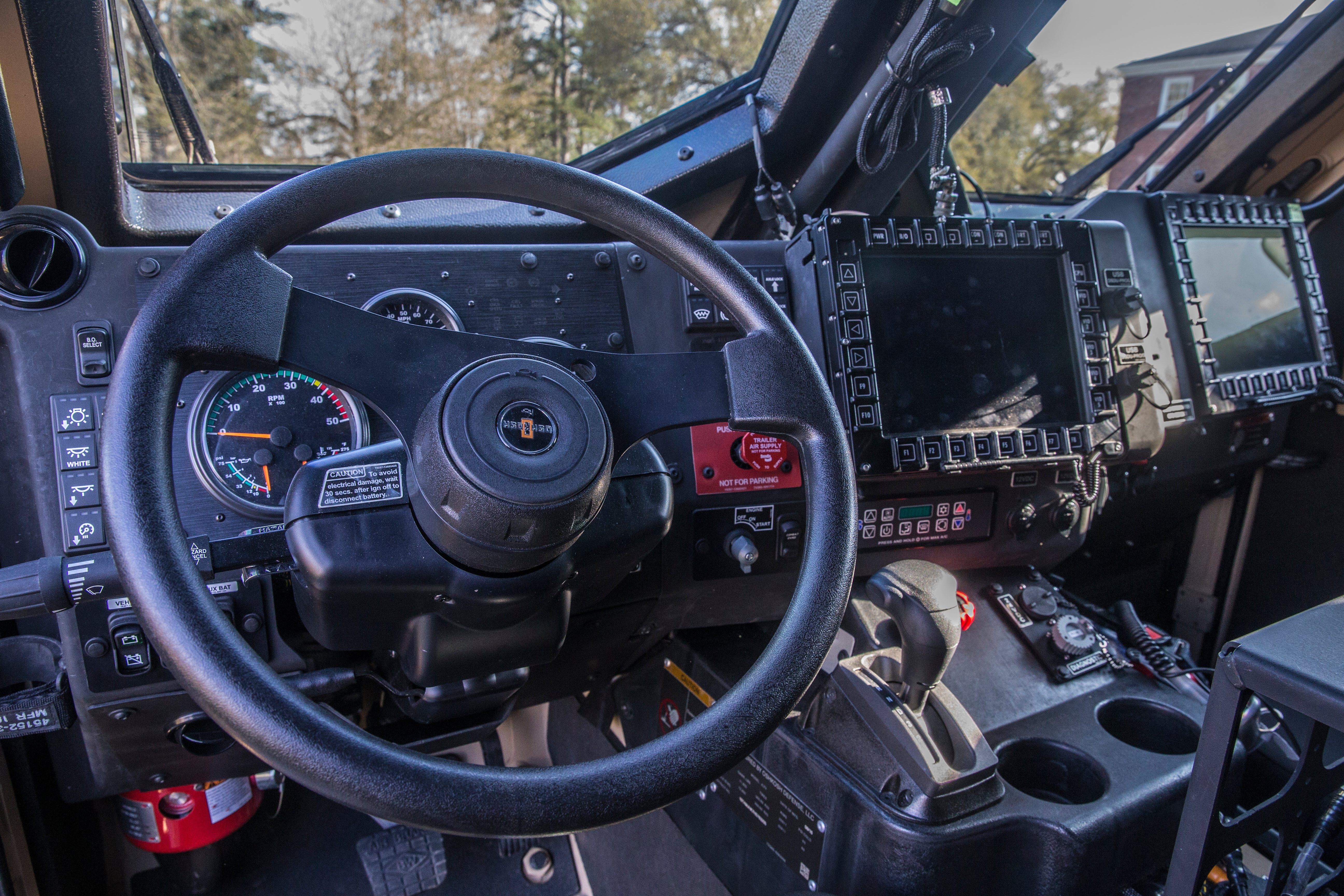 After this week’s fielding begins, the Marine Corps ultimately plans to buy 9,091 JLTVs. Between 250 and 300 will be fielded by the end of this fiscal year, and about 1,000 will be fielded in Fiscal Year 2020.

In wrapping up the call with reporters, Rodgers said he was a retired Marine Corps motor transport officer and was proud of how this program had turned out – and also that he had two nephews and a son-in-law currently in the Marine Corps, and “all three of them will see the benefits of JLTV, and I can rest at night knowing that they are going to be protected as well as possible by this product.”

Rodgers said the Marines and Army had sought efficiencies in recent years to make the program as affordable as possible, but still the JLTV would “be a balance of survivability and performance and payload.”