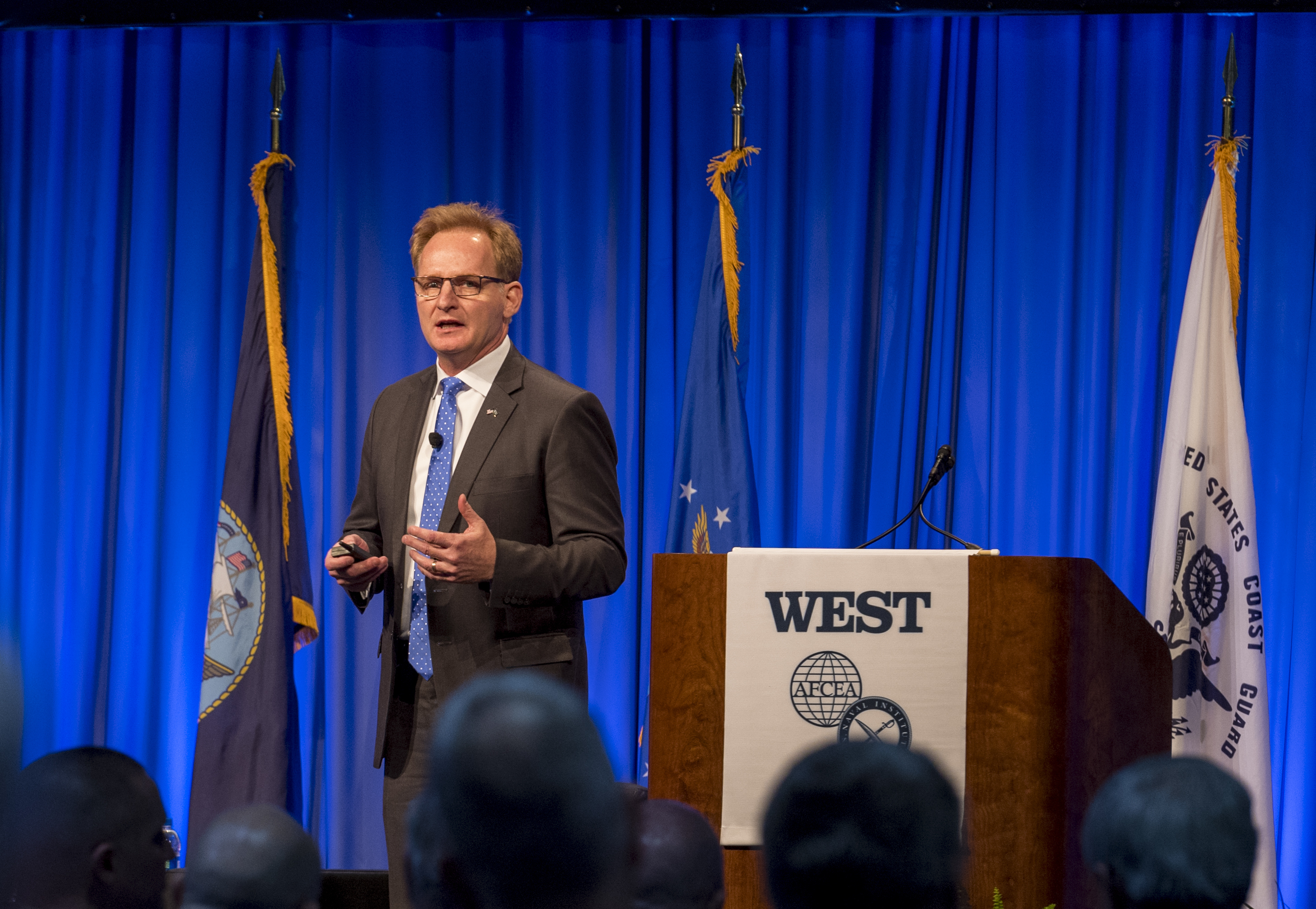 SAN DIEGO, Calif. — The Navy needs to “radically change” the way it does business if it wants to survive in an era of military competition with Russia and China, the service’s number-two civilian said on Wednesday.

He wants to see the Navy build trust between the force, the manufacturing base and allies; move quickly to action; collaborate better and have greater visibility and transparency of information and data; become more adaptable; innovate; and be humble “and recognize the deficiencies that we have.”

For starters, fleet size remains one of the Navy’s biggest challenges. There’s “no decrease in operational requirements, and yet there are not enough ships to do the mission,” he said.

The stress on the ships operating have pushed crews to their limits with disastrous effects, he said.

“We’ve seen some of the ramifications of that with fatigued crews, and unfortunately it manifested itself in some tragedies for us in the last couple of years,” Modly said. “So (it’s) a big problem for us, and we’re looking at what that future force structure might look like and try to invest in that.”

Modly wants to tackle other challenges, modernizing the Navy’s legacy business operations and associated business systems and practices. Examples include audits and real-property inventories that already are yielding surprising findings on missing spare parts and unreported buildings. Those are particular areas of interest to Modly, a former Navy UH-1N Huey helicopter pilot and U.S. Naval Academy graduate. He also made several changes in the department’s senior structure, including a new chief management officer, since taking office managing the department.

The Navy has asked Congress to establish the position of assistant secretary of the Navy for information management, he said.

“We feel we have to elevate the leadership and management of that to the secretariat level and be able to also use the power of that office to recruit somebody really, really credible – possibly from the private sector but not necessarily,” he added.

Modly had other observations from his 14-month tenure:

Those challenges exist in a domestic and global economic environment that has changed in ways that may threaten the capability of the U.S. to well position its forces against those threats, Modly said.

In addressing all these challenges, Modly said the Navy needs to better articulate the reason for investments such as costly aircraft carriers and explain to the American public why those priorities are important. “We are trying to do a much better job at that,” he said. “But it is one area that I’m not satisfied we are doing a good job… I’m also really concerned that we are getting disconnected from the people that we serve,” he said, “because we can become very insular.”

A new narrative and outreach efforts underway aim to explain what the Navy does and provide the nation and its role in providing national security. “I think that connection to the average citizen has not been made very well,” he said. “But it can be, because it’s a pretty compelling story. I just don’t think we’ve done a great job with it.”