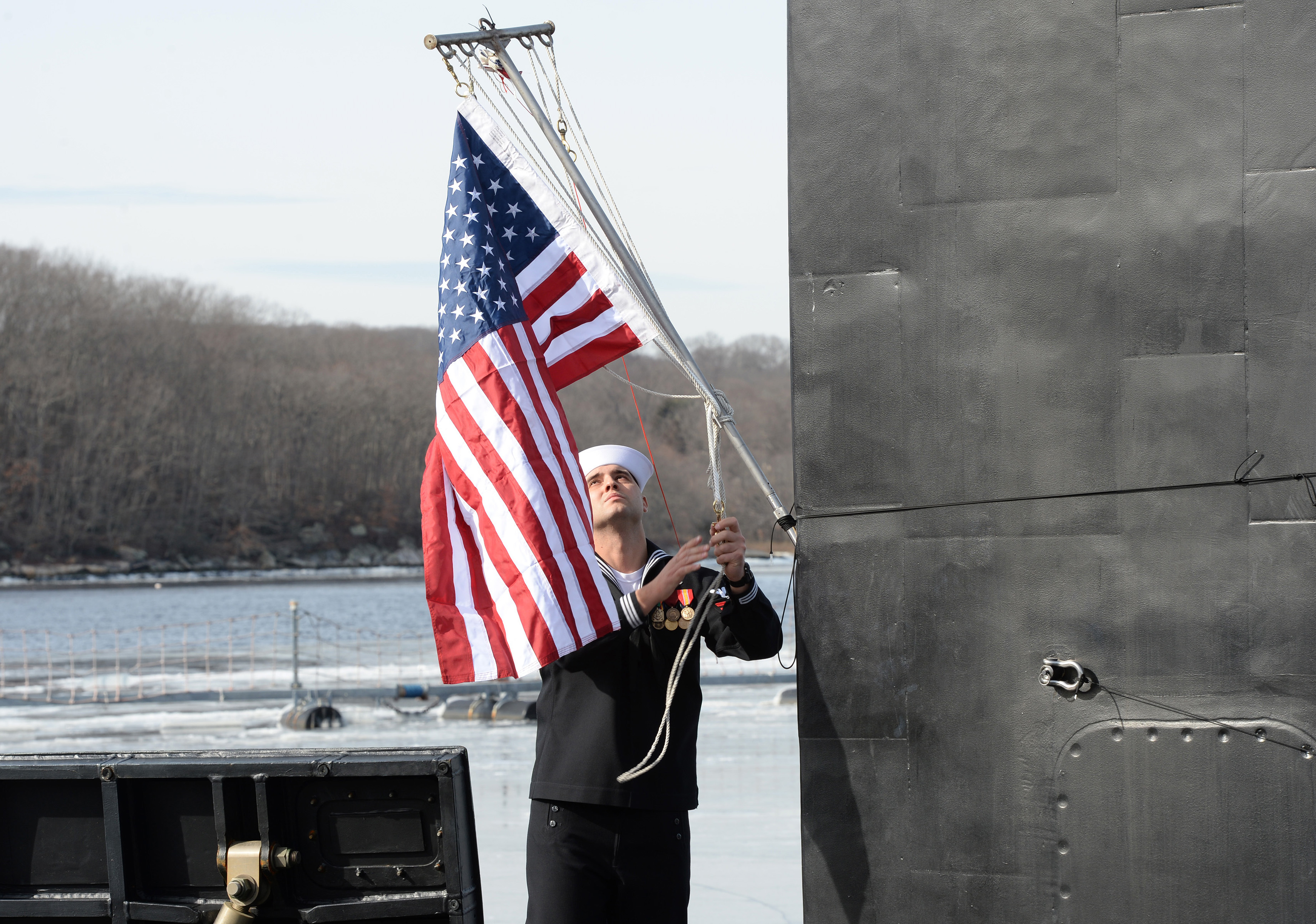 The color guard parade the ensign during a commissioning ceremony for the Virginia-class attack submarine USS South Dakota (SSN-790) on Feb. 2, 2019. US Navy Photo

“South Dakota was built to be on scene and unseen, forward-deployed and ready to take the fight to our adversaries and protect our shores here,” Cmdr. Craig Litty, the commanding officer of South Dakota, said in a statement. “As the commissioning crew, we’ve developed a special bond with the ship itself, which we will use to maximize our capability on our first deployment.”

The 377-foot long submarine started construction in 2013 and is the next-to-last Block III Virginia submarine. Modifications inserted into the Block III design are primarily in the boat’s bow to accommodate a water-backed Large Aperture Bow (LAB) sonar array and the addition of two Multiple All Up Round Canisters that can each hold six Tomahawk Land Attack Missiles (TLAM).

The Navy first started buying Virginia-class submarines in Fiscal Year 1998. The Navy has a goal of creating a fleet of 66 fast-attack submarines but is likely a few decades away from achieving this goal, according to an October Congressional Research Service report.

“South Dakota will soon enter the fleet with stealth, flexibility and endurance,” Vice Adm. Chas Richard, the commander of the Submarine Forces, said in a statement. “Traveling silently through the world’s oceans undetected, collecting information, preparing for battle, and if necessary, striking from the deep swiftly without warning; answering the nation’s call. To the South Dakota crew, as your motto attests, ‘Under The Sea, We Rule’ because the nation, the Navy and the Mt. Rushmore state are depending on you.”

The Block III boats will close out with the commissioning of Delaware (SSN-791) later this year. Under-construction Vermont (SSN-792) will be the lead boat in Block IV.