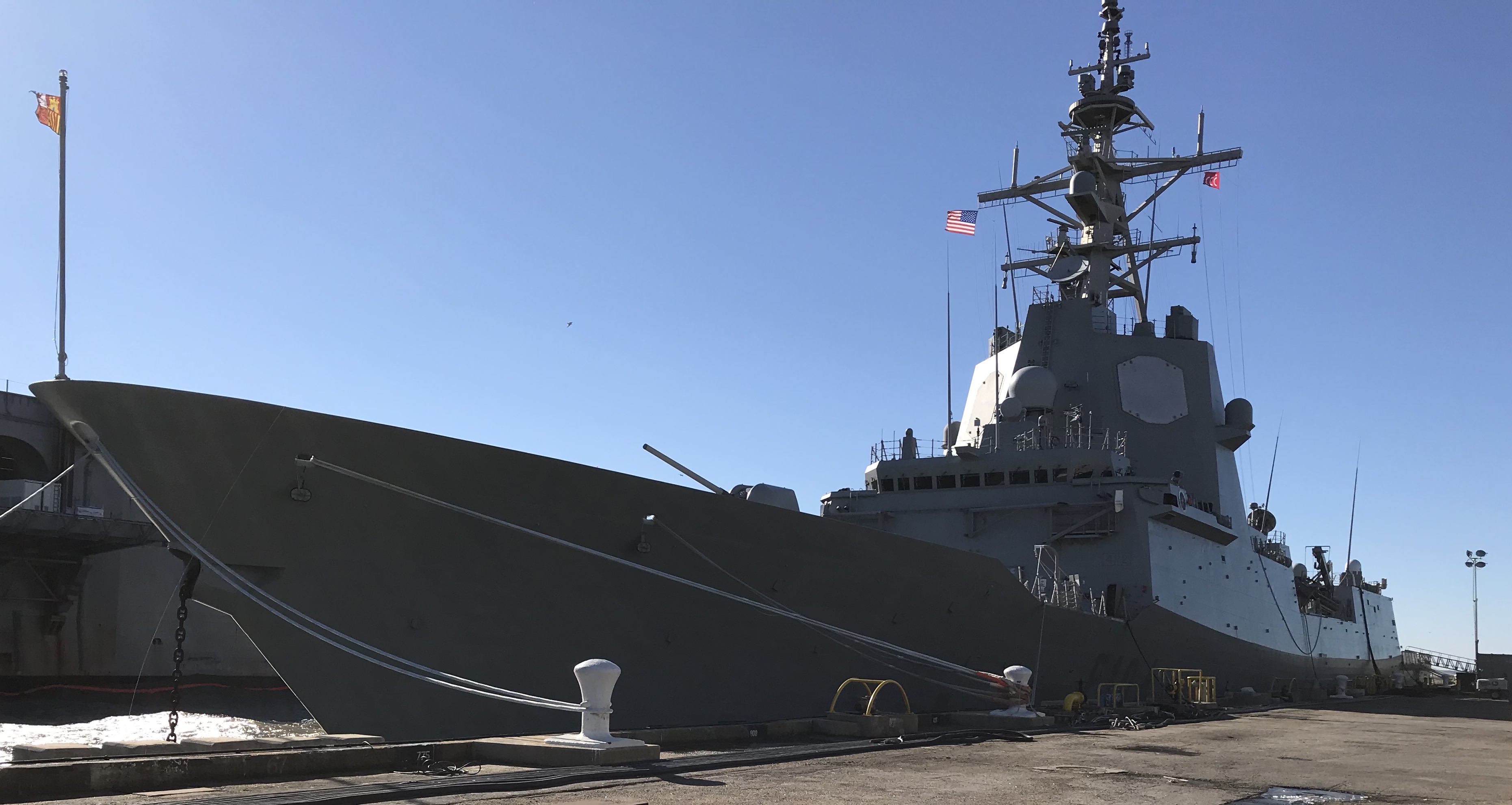 ABOARD SPANISH ARMADA FRIGATE ESPS MENDEZ NUNEZ, IN NORFOLK, Va. – Spanish shipbuilding firm Navantia is showcasing the utility of its F-100 frigate design to the U.S. Navy ahead of the Spanish Armada deploying one with the Abraham Lincoln Carrier Strike Group this spring.

ESPS Mendez Nunez (F-104) will be an integrated part of the CSG as it steams during the spring and summer, on a course expected to pass through the Middle East and eventually on to San Diego, Calif., the new homeport for USS Abraham Lincoln (CVN-72). Mendez Nunez will continue east, expected to return to Spain in November.

Mendez Nunez’s current visit to the U.S. provides its builder, Spanish firm Navantia, an opportunity to show its ship design to the U.S. Navy ahead of an expected formal request for designs and an anticipated 2020 contract award for its future frigate (FFG(X)) program.

The Navy wants to save time in fielding a frigate fleet and using existing parent designs is expected to save time and money by not having to start the design phase from scratch. The Fincantieri Marine Group, Austal USA, Lockheed Martin, and Huntington Ingalls Industries are also expected to submit FFG(X) designs.

Among the requirements, the FFG(X) is expected to conduct multiple missions, including submarine warfare, surface warfare and anti-air warfare. The FFG(X) must also accommodate at least one MH-60R Seahawk helicopter. 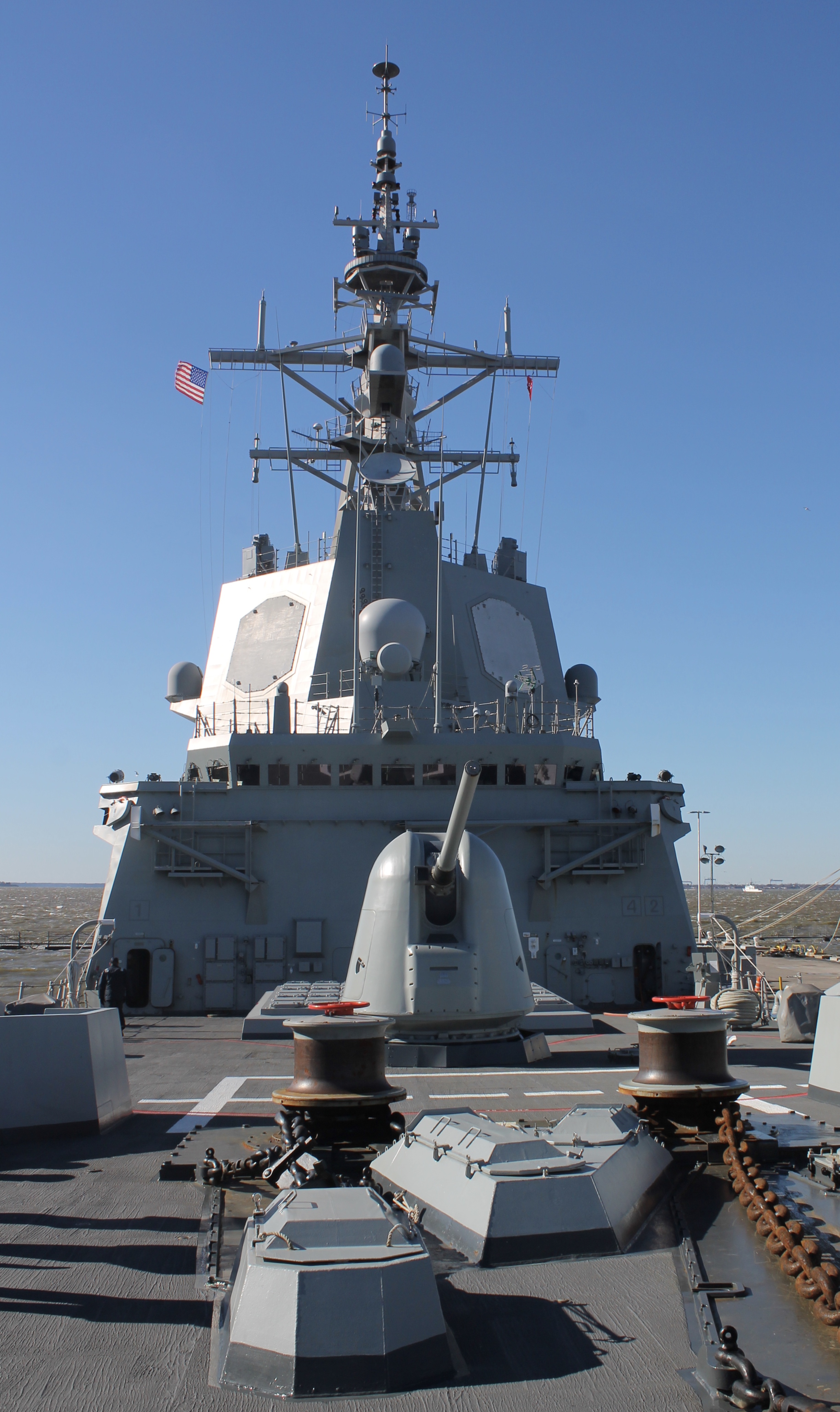 The F-100 frigates are equipped for all of these missions, with a particular focus on anti-air warfare. The frigates are equipped with the Aegis Combat System and use SPY-1D radar. Mendez Nunez supports a Spanish version of the Seahawk, the Sikorsky SH-60B Seahawk. The helicopter is a vital part of the anti-submarine mission by dropping sonobuoys into the water, and in the surface warfare mission by firing either Penguin or Hellfire missiles, Cmdr. Antonio Gonzalez del Tanago de la Lastra, Mendez Nunez’s commanding officer, told USNI New during a briefing on Monday.

The ship has Link 16 data communications system, which with Aegis, makes it very easy to communicate with aircraft and other ships including those from the Abraham Lincoln CSG, Gonzalez del Tanago said. 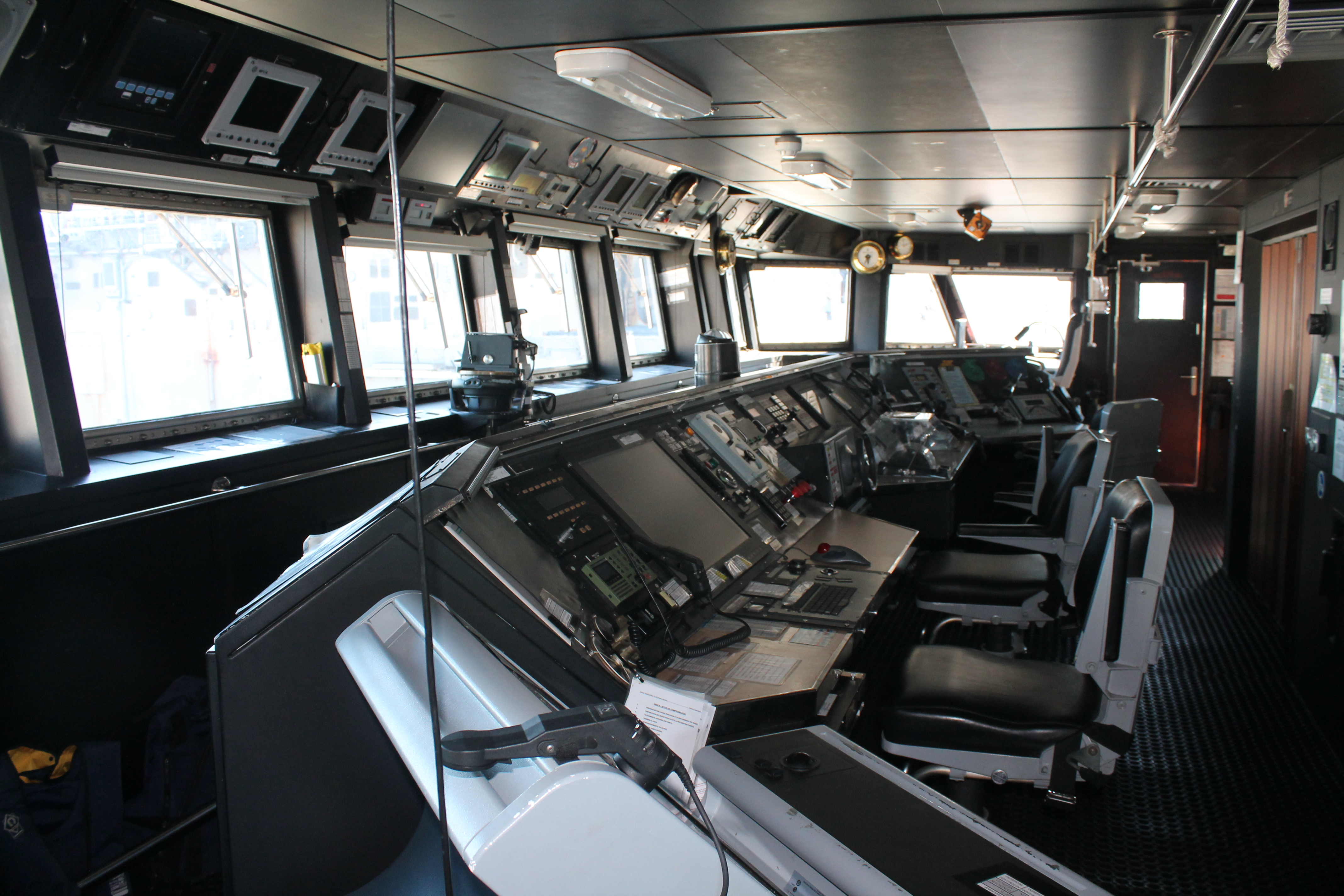 With a displacement of 5,800 tons, 482 feet long, and a beam of about 57 feet, Gonzalez del Tanago said the F-100 is on the smaller side when compared to other warships used by European navies. However, the F-100 brings fields 48 vertical launching system (VLS) cells, is capable of launching standard missile 2 (SM-2) medium range missiles or Evolved Sea Sparrow Missiles (ESSM).

“We are one of the smallest, but thanks to Aegis, one of the most powerful European ships,” Gonzalez del Tanago said. “The Aegis is an excellent system. I haven’t seen anything that can compare with that.”

The ship is divided into 14 watertight sections and four damage control zones and is designed with systems redundancy in mind. The main engineering department can monitor all zones for damage and take over steering and propulsion if necessary. The engineering room also can monitor the engine room, including the ability to remotely monitor the performance of the propulsion system centered around two Bazan Bravo-12 diesel engines and two GE LM2500 gas turbines. Engineers can open the propulsion system’s gage readings on display panels without having to enter the engine room.

“One of the main features is they are very safe, very good sea-going transport with bad weather condition,” Gonzalez del Tanago said. 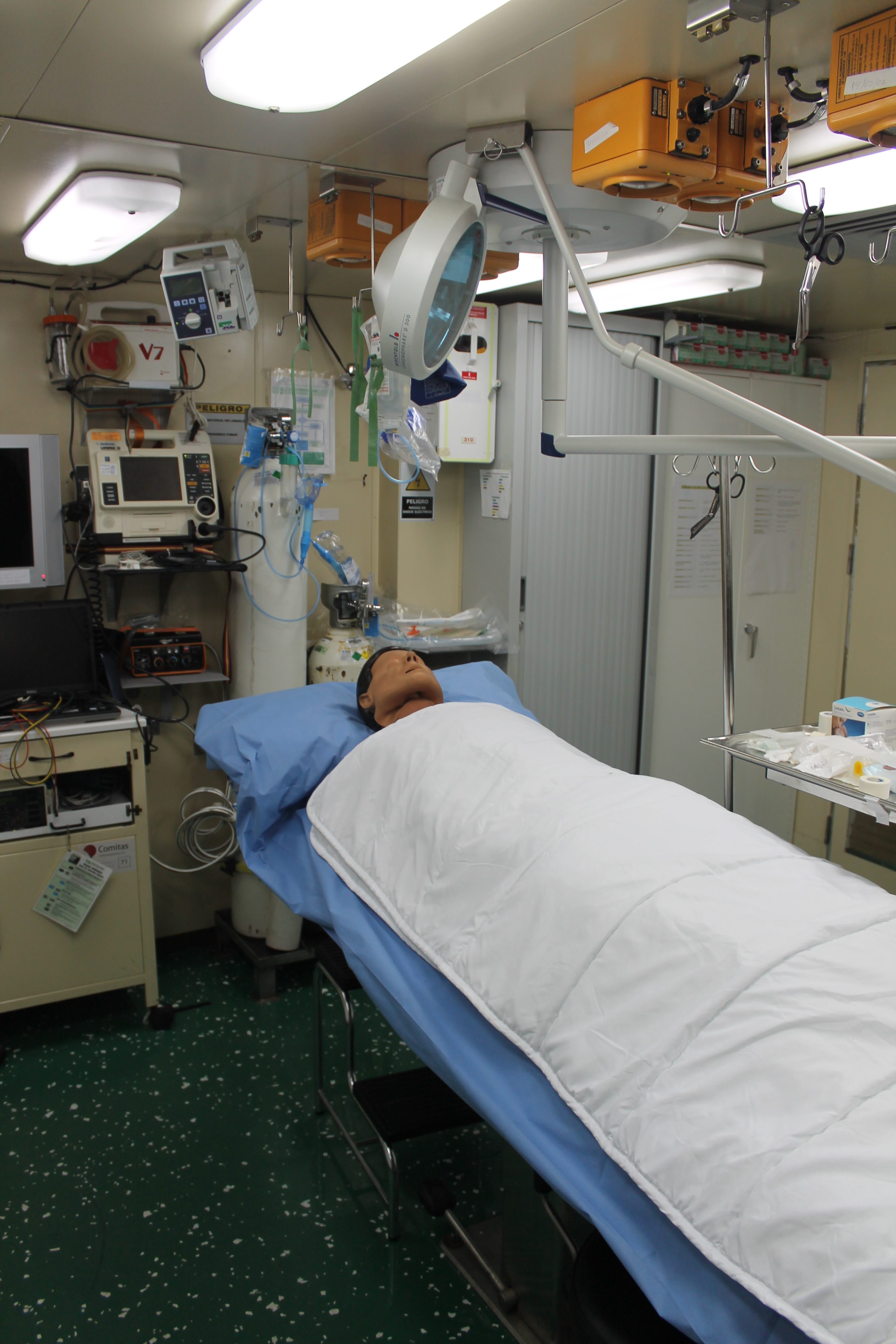 The F-100 class has an operating room and a separate room that can accommodate four sick or injured sailors. Typically on deployments, the ship will have a nurse and doctor onboard, Gonzalez del Tanago.

Having such a medical facility is somewhat unique among the small surface combatants. Even the U.S. Navy’s Arleigh Burke-class guided-missile destroyers and Ticonderoga-class guided-missile cruisers do not have similar medial capabilities. Typically, these ships have a hospital corpsmen as part of the crew, and doctors are aboard amphibious warships or aircraft carriers, according to the Navy’s Fleet Medicine Pocket Reference.