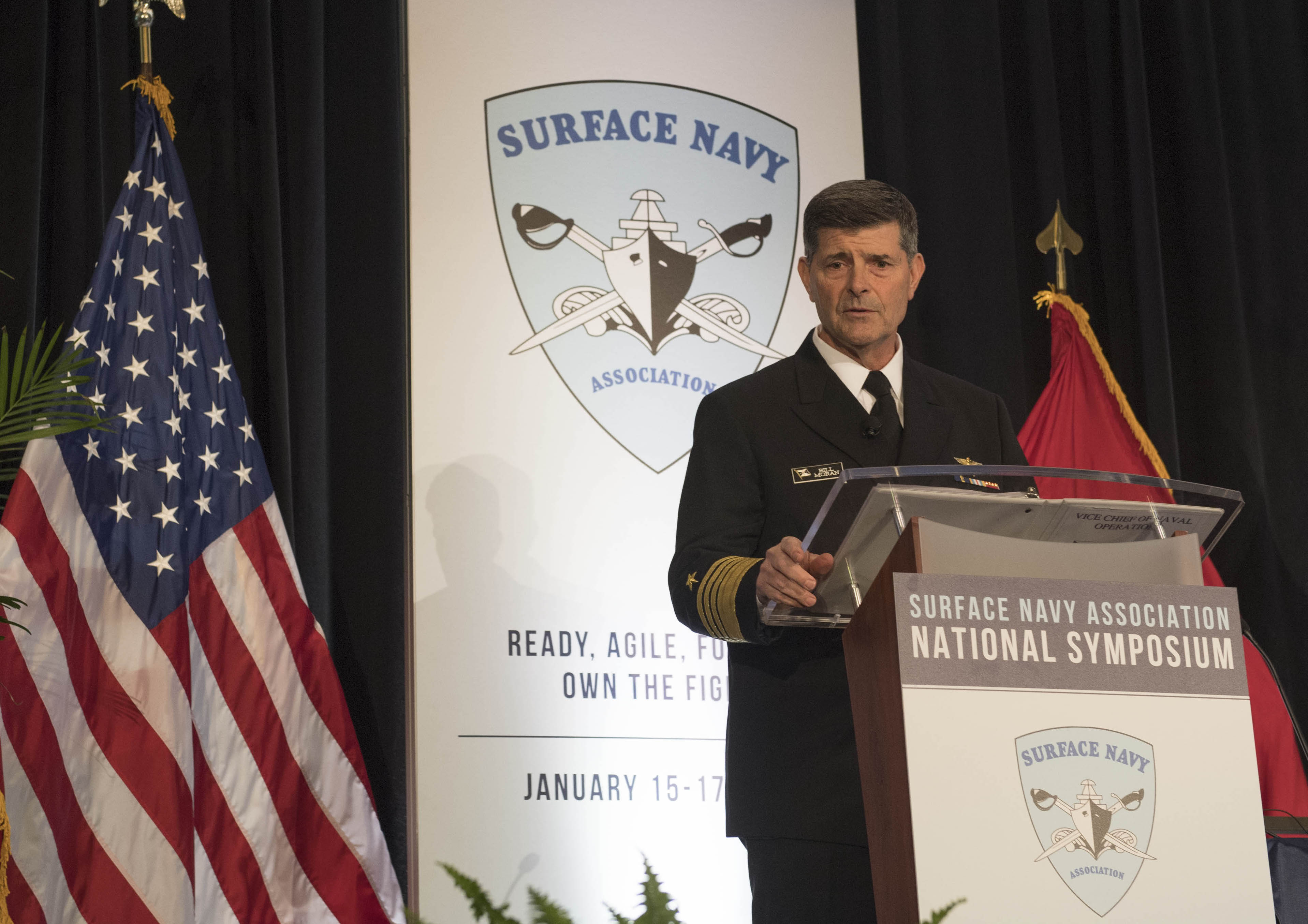 ARLINGTON, Va. — If the Navy’s going to leverage revolutionary technologies like artificial intelligence and machine learning to help make decisions in combat it needs to improve how it handles its data, Vice Chief of Naval Operations Adm. Bill Moran said on Tuesday.

Speaking at the Surface Navy Association National Symposium, Moran made a plea to industry and his own service to pool their data to allow the service the information it needs to make effective models for everything from predicative ship maintenance to combat scenarios.

For example, the Navy Safety Center is in the midst of a six-year process of digitizing its safety reports. With that information, other commands could use create models that could tell commanders when their ships are most at risk for collisions, Moran said. On Wednesday, Naval Seas Systems Command said they were working on ways to collect and tabulate data to give a better sense of predictive maintenance needed on a ship.

“[But] you can’t do any of that until you get the data right. It needs to be clean, it needs to be authoritative and then it has to be employed correctly. It’s not as easy as it sounds,” Moran said. “We tend to move right past the data issue and move to these cool tools that everyone has on their iPhones, which is great, except they don’t have the data like Amazon has data, like Google has data or Facebook has data. Our data is old and written in FORTRAN. That’s what I would tell you is the most frustrating part to me is that data and the ability to mine it will unleash innovation in our Navy as we have not even begun to see.”

Moran also said that the Navy has run into problems with industry and the service itself guarding information making it difficult to access information to feed systems.

The data conversation is also part of the Navy’s nascent drive to integrate AI and other tools into how the service will back decisions in combat. The Pentagon writ large has identified AI and supporting technologies that would allow forces to react faster than adversaries in combat as a key effort in which the U.S. is losing its edge to China. The Navy has tasked the service’s Digital Warfare Office to lead the push to apply AI and machine learning to operations. The service has largely kept quiet developments undertaken by the office.

Maintaining a lead in those areas are key to the Navy’s efforts to prosecute future wars, Moran said in his speech.

“If we’re truly going to push the throttle to flank speed, this must be a top down and bottom up effort. Speed is one of our biggest challenges. It will determine how we position ourselves in the world where everything is moving faster than the rate of our systems were built to respond and anticipate,” Moran said. “Many of us ask how are we going to convert our analog Navy into a digital Navy as a true force multiplier? How do we plan for a Navy where our decisions increasingly depend on mountains of data? How do we compensating when the time to orient ourselves is almost non-existent? If digital systems can win a simple game of chess or go, is it hard to imagine the same systems competing against the [Tactical Action Officer] in combat?”