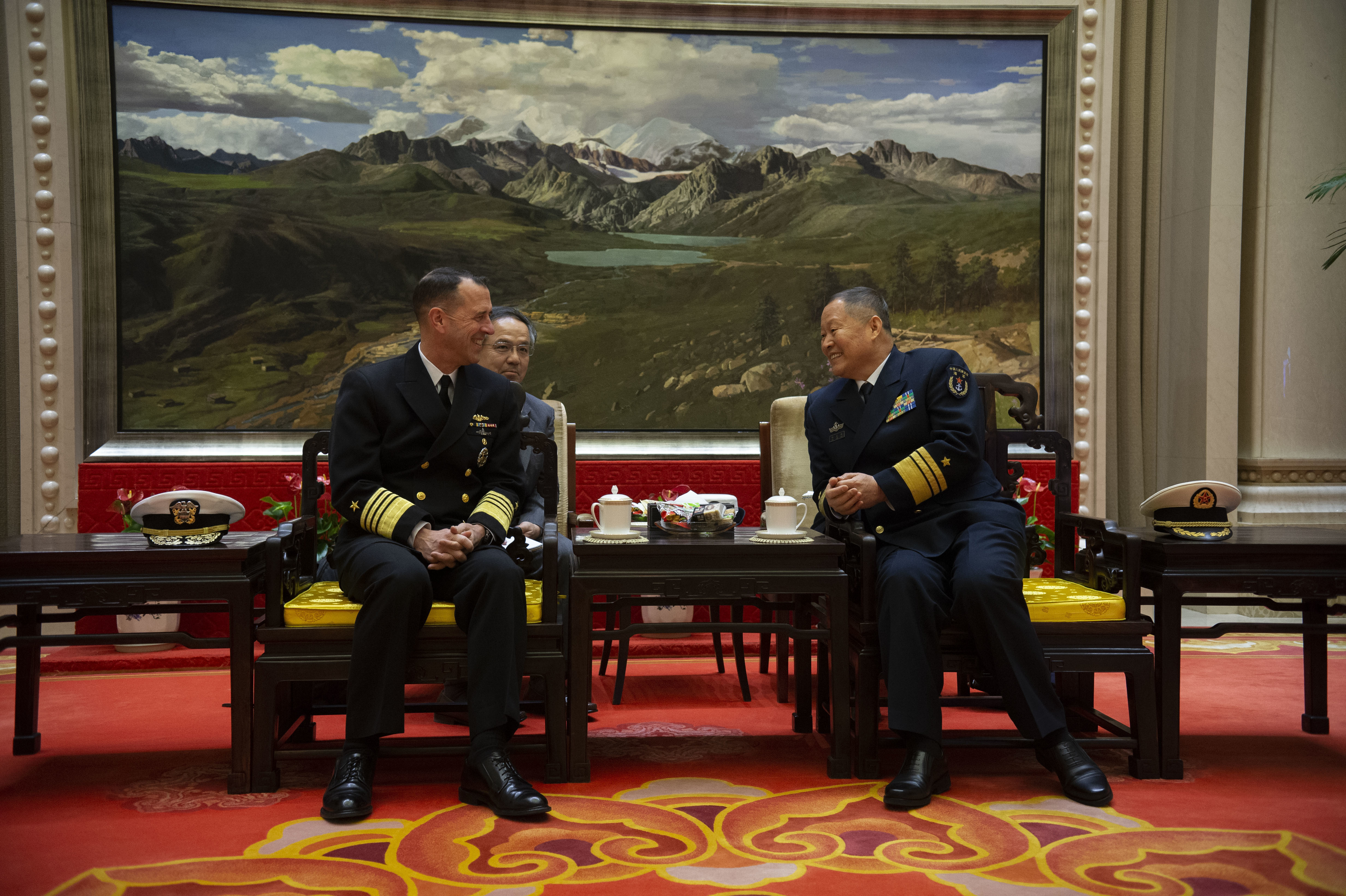 The heads of the U.S. and Chinese navies discussed safe interactions and maritime operations during a meeting in Beijing on Monday.

Chief of Naval Operations Adm. John Richardson and his counterpart, the commander of the People’s Liberation Army Navy (PLA(N), Vice Adm. Shen Jinlong, addressed adhering to internationally accepted rules governing maritime operations and reducing the risks associated with interactions between the two navies at sea, according to a Navy release detailing the meeting. This is Richardson’s second trip to Beijing as CNO.

“I appreciate the opportunity to visit China and to meet with Vice Adm. Shen in person,” Richardson said in a statement. “There is no substitute for these types of face-to-face meetings. Given the responsibilities that our navies have in the larger nation-to-nation relationship, we must work together. These meetings between senior leaders allow us to speak candidly about areas where we agree and about how to manage risk while we resolve our differences.” 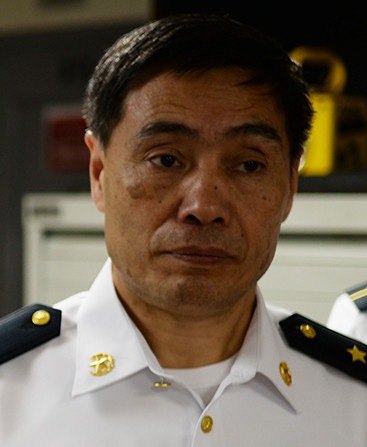 In the South China Sea, U.S. ships often steam near artificial islands that are claimed by China but not recognized as sovereign territory by international law. Other FONOPS are meant to push back against excessive maritime claims by China that are not supported by international law. Usually, Chinese officials respond to U.S. FONOPS by issuing strongly worded statements expressing their displeasure with such operations.

However, in September a Luyang-class destroyer steamed on a near-collision-course with USS Decatur (DDG-73), passing within 45 yards of the U.S. ship that was conducting a FONOP near the Gaven Reef in the South China Sea. The U.S. Navy called this Chinese ship’s actions “unsafe and unprofessional.”

A month ago, during a secure video conference between Richardson and Shen, both leaders discussed naval cooperation, maritime security issues and the importance of strategic communications between both navies, Senior Col. Wu Qian, spokesman for China’s Ministry of National Defense, said during a press briefing, according to the ministry’s official English language briefing transcript. Shen invited Richardson to visit Beijing during the call.

“The U.S. and its allies and partners have operated consistently in the region for the last 70 years with a focus on mutual security. This presence has supported exponential growth in prosperity for all,” Richardson said in his Monday statement. “Our vision of a free and open Indo-Pacific excludes no nation, and we recognize that while our two nations may not always agree, it serves both our people’s interests to engage where we can.”

During Richardson’s trip to Beijing, he also visited the PLA(N) headquarters and the PLA(N) Research Academy and met with other members of China’s Central Military Commission. Richardson is scheduled to visit Nanjing, where he plans to be part of a roundtable discussion at the PLA(N) Command College, according to the U.S. Navy account of his itinerary.