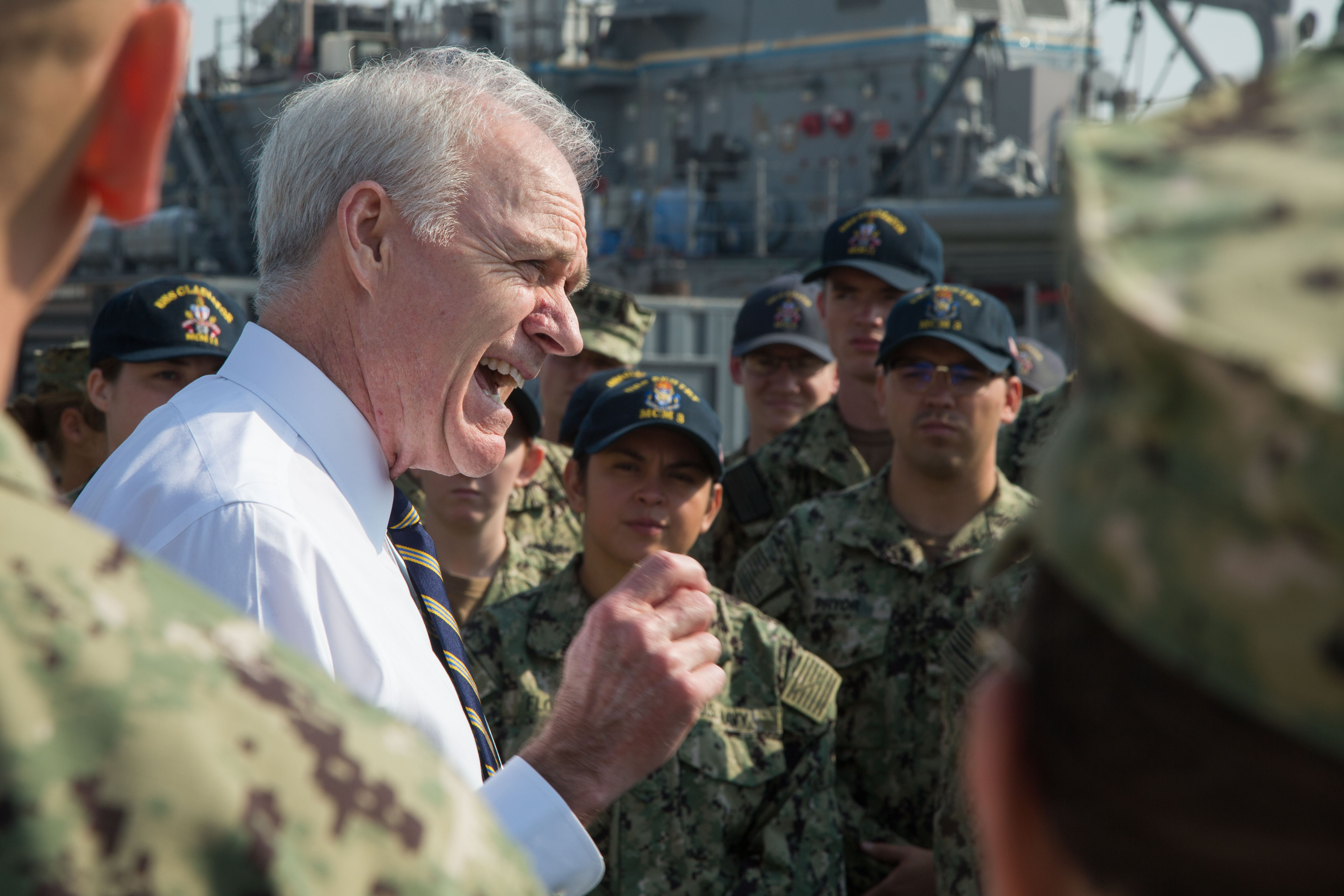 Secretary of the Navy Richard V. Spencer speaks to sailors at Naval Support Activity Bahrain. on Dec. 18, 2018. US Navy Photo

WASHINGTON, D.C. — The Navy secretary wants to empower the workforce to fix problems and stretch their dollars further, even if it means taking on some risk, he said Tuesday.

Secretary Richard V. Spencer said the Pentagon has moved away from its past risk-management approach and instead prefers risk-amelioration or risk-avoidance, which isn’t serving the Navy well today.

“We’re not going to have more money; we’ve got to be smarter with what we have,” he said at the Center for a New American Security.
“The attitude I want to place with the United States Navy/Marine Corps team is, you’ve got to use every single dollar to its best advantage.”

Getting more for the dollar and getting work done faster means empowering sailors and the civilian workforce, he said, which is something he’s continuing to find new ways to do. Spencer said he looked into why surface ship maintenance availabilities take so long, and he found that a typical Naval Sea Systems Command employee overseeing an availability might only be able to spend $5,000 to fix a problem, and anything more expensive requires going up the chain of command, awaiting approval, moving paperwork around – all of which takes time and money. Spencer said he increased that authority to $25,000, and throughput increased by 25 percent. After seeing that success, he said he bumped up the dollar limit to $100,000.

“Yes, someone’s going to fall off the bike. Someone is going to go out and buy four cases of beer and pizza with all the best intentions in the world and violate a law; I understand that. But you know what, we’ve had a conversation with our overseers saying, if you want me to pedal fast, I’m going to come in front of you with some skinned knees. And you want me to do that, because if I’m not, I’m not pedaling fast enough,” Spencer said.

Some innovations may take time –seeing a return on investment in technologies like additive manufacturing and artificial intelligence, for example – but some learning and innovation can happen at the unit level today to address challenges and save money.

“Don’t bang your head against the wall trying to innovate. Look outside your cubicle, find a best practice or an innovation outside the building – it’s what we call R&D .. rip off and deploy it. Steal it – I say that legally; break glass, not laws,” the secretary joked.
“But that’s what we have to do in the immediate term. We can’t be innovators overnight, but you know what we do know? We know our problem set. And I will tell you that almost 90 percent of the problems, 95 percent of the problems, someone outside the building has either solved that problem or has an algorithm to solve the problem that you can apply yourself. We have to start looking outside the building.”

As an example of that, the Navy last year turned to a former Southwest Airlines maintenance expert to help overhaul naval aviation depot maintenance.

When the consultant first started working with the Navy, Spencer and other leaders went with him out to Naval Air Station Lemoore to look for ways to get planes through maintenance faster and keep more planes ready. 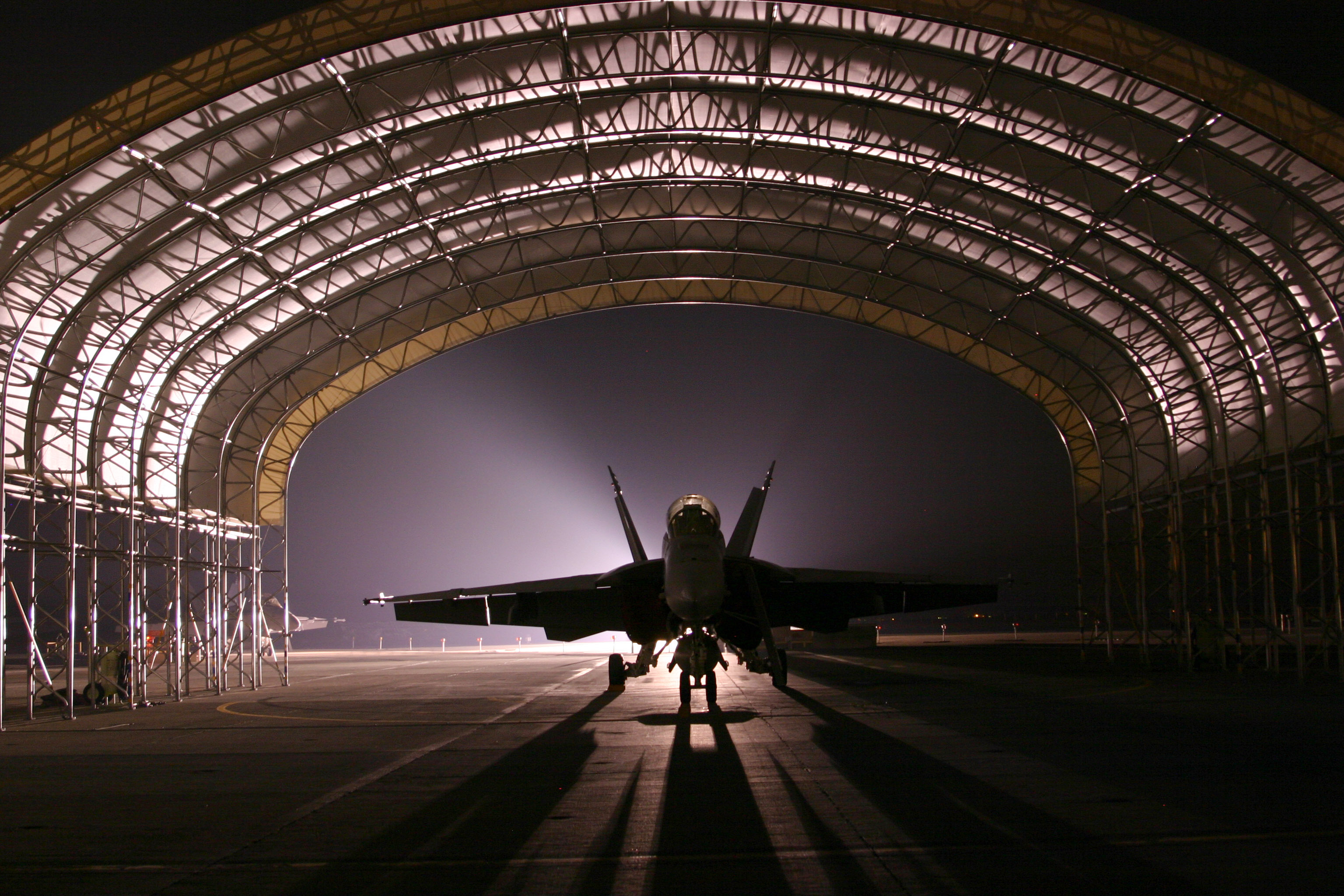 They started in the hydraulics shop, Spencer said, where a single part there had a 90-day turn time and was responsible for keeping the majority of F-18s out of service.

“In a matter of a week and a half, he took 55 days off that part,” Spencer said. The consultant helped reorganize the shop and the flow of work within the shop, and after seeing success there he moved onto other shops in Lemoore. Already, Spencer said, throughput on F-18s has increased 35 percent.

As work there continues, Spencer said accountability will be key.

At one point, the consultant pointed to a Naval Air Systems Command organization chart and said, “is this really the org chart for NAVAIR? I looked at it and I went, it says so down at the bottom, I guess it is. He goes, this confirms to me – he never wore a uniform – he goes, this confirms to me the Navy is one of the most intelligent organizations in the world. This is an absolutely elegant obfuscation of accountability and responsibility. And he meant it more as, this is what we have to change.”

The consultant called for “one bellybutton,” which is now the commander of Naval Air Forces and resulted in some command and control changes to consolidate accountability and authority to the Air Boss instead of splitting it with NAVAIR.

Spencer noted that altering the command and control is “not to be taken lightly in the Navy, when you start moving cheese around and lines around – antennae go up and antibodies come out – but we all had everyone focused on the mission. So we got the C2 in order, and then they go, wait a minute, Secretary, to get the parts here the funding doesn’t work. Well, we’ve redone the way we fund the allocation for acquiring parts. Then they go, okay, wait a minute, the parts aren’t coming in; every single iteration, step we’d make would be a new problem, like peeling back an onion. But you just keep peeling it back, peeling it back, and you’re going to move some cheese, you’re going to change something. And we’re going to have to do some [legislative proposals], we’re getting to that point now, to really get the system to work.”

Spencer said he hoped to see more innovation throughout the Navy and Marine Corps – innovation in the sense of identifying everyday problems a unit faces, and solving those problems with the tools at the unit’s disposal. And where additional tools are required, Spencer said he wants to know.

Innovation is achieved “not just by beating people over the head, saying, save money, be safe, be efficient. It’s by giving business cases and examples of what they can do, and giving them the latitude,” he said.

“I’ve got to make sure that the whole system understands urgency,” he added.
“We have the dollars we, finally, need. We have the resources. Time is something that we can’t buy, and we have to have everyone focus on that.”