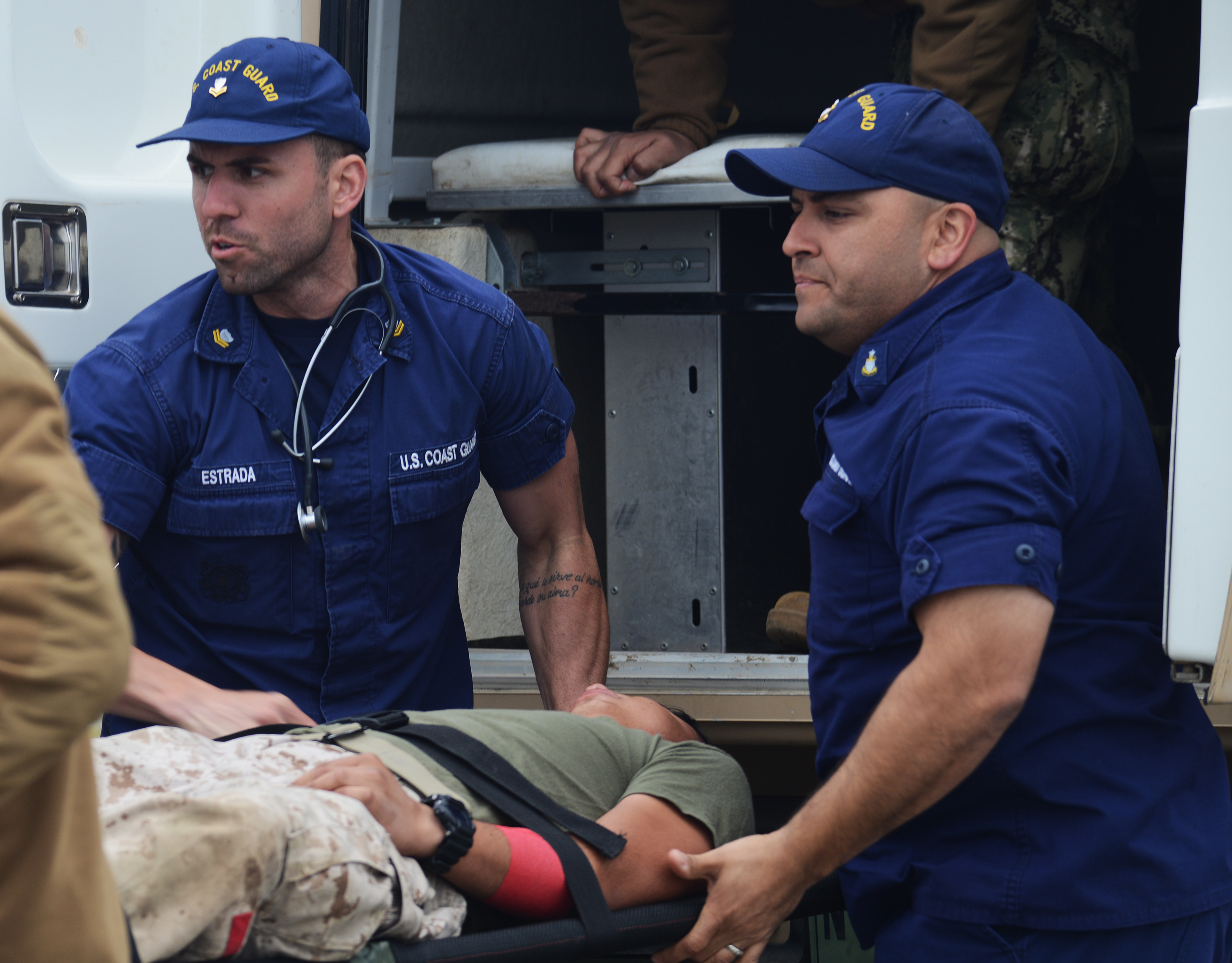 U.S. Coast Guard medical personnel are being sent to the border with Mexico to assess how U.S. Customs and Border Protection treats sick and ailing migrants caught crossing into the U.S. after a second child this month died while in government custody.

Department of Homeland Security Secretary Kirstjen Nielsen made the announcement Wednesday, after the Dec. 24 death of an 8-year-old boy who was apprehended by Customs and Border Protection agents. On Dec. 8, a 7-year-old girl died while in government custody after being apprehended with her father.

“This tragedy, the death of a child in government custody, is deeply concerning and heartbreaking. In the last 24 hours, I have a directed a series of additional actions to care for those who enter our custody,” Nielsen said in a statement.

“At my direction, all children in Border Patrol custody have been given a thorough medical screening,” Nielsen’s statement said. “Moving forward, all children will receive a more thorough hands-on assessment at the earliest possible time post apprehension – whether or not the accompanying adult has asked for one.”

Coast Guard medical personnel are being sent to assess how CBP provides medical care to the people apprehended illegally crossing the border, the DHS said. They are being asked to make recommendations on how to improve the care provided.

The Coast Guard personnel sent to the border are currently serving without pay, according to the Coast Guard. Funding for the Coast Guard is included in the Department of Homeland Security’s Fiscal Year 2019 appropriations, which have not been approved by Congress or signed by President Donald Trump. The Department of Defense FY 2019 funding was approved by Congress and signed by President Trump before the Oct. 1 start to the new fiscal year.

A temporary spending plan expired on Dec. 21, causing a partial government shutdown. The sticking point for approving FY 2019 funding for DHS and several other domestic agencies is money for building a wall along the U.S. border with Mexico – the very place where Coast Guard medical personnel are being sent without pay.

When Congress either passes the DHS FY 2019 funding or passes another temporary spending plan, the Coast Guard personnel will receive back pay, according to the Coast Guard.

While Nielsen’s statement says DoD medical professionals are also being asked to assist at the border, the Pentagon has not received a new request for additional personnel, a DoD spokesperson told USNI News on Thursday. However, military medical personnel are already serving at the border as part of the nearly 5,000 active duty military personnel currently assisting DHS personnel.

The following is the complete statement issued by Department of Homeland Security Secretary Kirstjen Nielsen regarding the department’s response to the death of a second child in a month while in government custody.

“In the evening hours of December 24th, a child who had been apprehended with his father by the Border Patrol attempting to illegally enter the United States, died at an El Paso hospital after being taken for emergency treatment for the second time in less than 12 hours. This tragedy, the death of a child in government custody is deeply concerning and heartbreaking. In the last 24 hours, I have a directed a series of additional actions to care for those who enter our custody.

“In recent months, we have seen a dramatic increase at the border of families and unaccompanied children crossing our border illegally. In the last two months alone, the Border Patrol has apprehended 139,817 illegal aliens on the Southwest Border as compared to 74,946 during the same time frame of FY 2018. This is an increase of 86%. In just two months into this fiscal year we have seen 68,510 family units and 13,981 unaccompanied children. This is a dramatic change from historical trends and has only become starker in December.

“This changing dynamic is the direct result of obvious draw factors: an immigration system that rewards parents for sending their children across the border alone, a system that prevents parents who bring their children on a dangerous and illegal journey from facing consequences for their actions, an asylum process that is not able to quickly help those who qualify for asylum, a system that encourages fraudulent claims, and a system that encourages bad actors to coach aliens into making frivolous claims. The bottom line is that 9 out 10 asylum claims are rejected by a federal immigration judge.

“Our system has been pushed to a breaking point by those who seek open borders. Smugglers, traffickers, and their own parents put these minors at risk by embarking on the dangerous and arduous journey north. This crisis is exacerbated by the increase in persons who are entering our custody suffering from severe respiratory illnesses or exhibit some other illness upon apprehension. Given the remote locations of their illegal crossing and the lack of resources, it is even more difficult for our personnel to be first responders.

“We at DHS are committed to continuing to assist those in need – in the past year alone the Border Patrol assisted more than 4,300 people in distress along the border – that’s a 20 percent increase in rescues from the year before.

“To put this in perspective, there were six migrant deaths while in CBP custody during FY 2018 – none whom were children. In fact, it has been more than a decade since CBP has had a child pass away in their custody. It is now clear that migrants, particularly children, are increasingly facing medical challenges and harboring illness caused by their long and dangerous journey.

“In response to the unprecedented surge of children into our custody, I have directed a series of extraordinary protective measures. I have personally engaged with the Centers for Disease Control to request that their experts investigate the uptick in sick children crossing our borders and identify additional steps hospitals along the border should be undertaking to prepare for and to treat these children. I have asked the US Coast Guard Medical Corps to provide an assessment of CBP’s medical programs and make appropriate recommendations for improvements. I have also asked for assistance from the Department of Defense to provide additional medical professionals.

“At my direction, all children in Border Patrol custody have been given a thorough medical screening. Moving forward, all children will receive a more thorough hands on assessment at the earliest possible time post apprehension – whether or not the accompanying adult has asked for one.

“I have also spoken with our partners in Mexico to ask that they begin to investigate the causes of these illnesses on their side of the border and to provide medical assistance in shelters as needed.

“I will be travelling to the border later this week to see first-hand the medical screenings and conditions at Border Patrol stations.

“These immediate steps described above are in addition to steps taken following the death of a Guatemalan child earlier in the month – to include the staffing of additional Emergency Management trained Border Patrol agents in remote areas. There are 1,500 medically trained agents and officers on duty across the border.

“To be clear, Border Patrol stations were never intended to be longer-term holding facilities for any individuals. Under current law, non-Mexican unaccompanied children cannot be released or removed from the U.S. – they must be turned over to Health and Human Services for placement pending bed space availability. Moreover, family units are almost always released into the interior – in any case, they cannot be held past 21 days.

“I am proud of the lifesaving work the men and women of the Border Patrol do every day, but we do not currently have the resources we need to execute the mission as directed by Congress. To those in Congress who continue to refuse to take action to address the loopholes that cause a flood of humanity to travel north and place children at risk, I once again call on you to do your job, protect vulnerable populations, secure our borders, and provide the men and women of DHS the authorities and resources we need to address this crisis. Please put politics aside, we have common cause – let’s work together to protect family units and unaccompanied alien children. It’s a mission we share.”