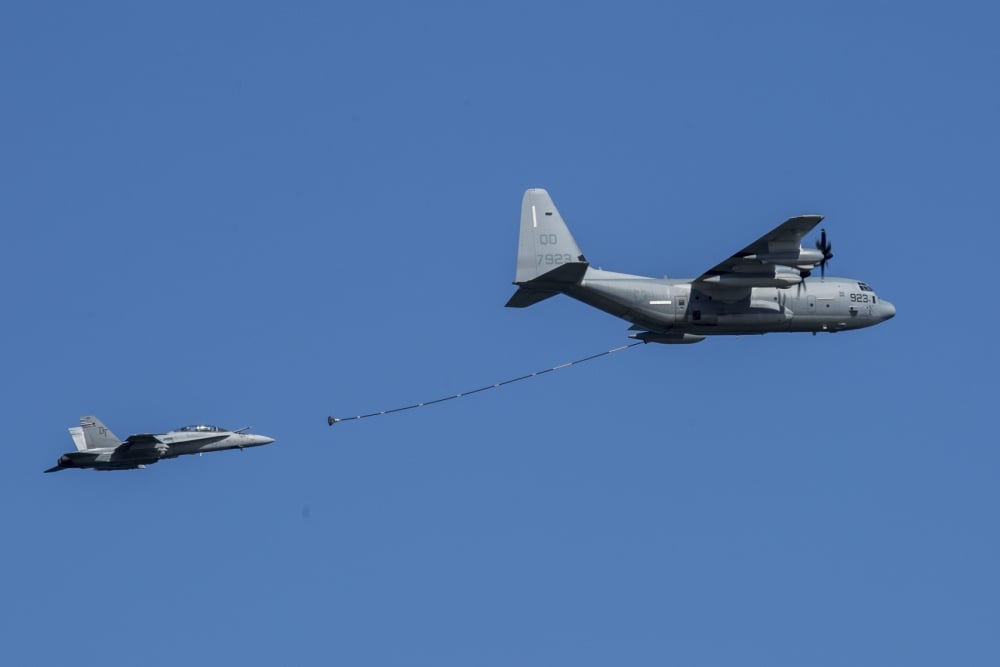 Two Marine Corps aircraft have been involved in a mishap off the coast of Japan, according to a Marine Corps news release.

Around 2 a.m. local time on Dec. 6 (noon on Dec. 5 in Washington) a two-seat F/A-18D Hornet and a KC-130J tanker with five personnel onboard were involved in a collision about 200 miles off the coast of Iwakuni.

The aircraft involved in the mishap left from Marine Corps Air Station Iwakuni and were conducting routine training when the mishap occurred.

The following is the complete U.S. Marine Corps news release:

MARINE CORPS BASE CAMP BUTLER, Okinawa, Japan – Search and rescue operations continue for U.S. Marine Corps aircraft that were involved in a mishap off of the coast of Japan around 2:00 a.m. Dec. 6.

The aircraft involved in the mishap, a KC-130 and an F/A-18, had launched from Marine Corps Air Station Iwakuni and were conducting regularly scheduled training when the mishap occurred.

The circumstances of the mishap are currently under investigation. There is no additional information available at this time.