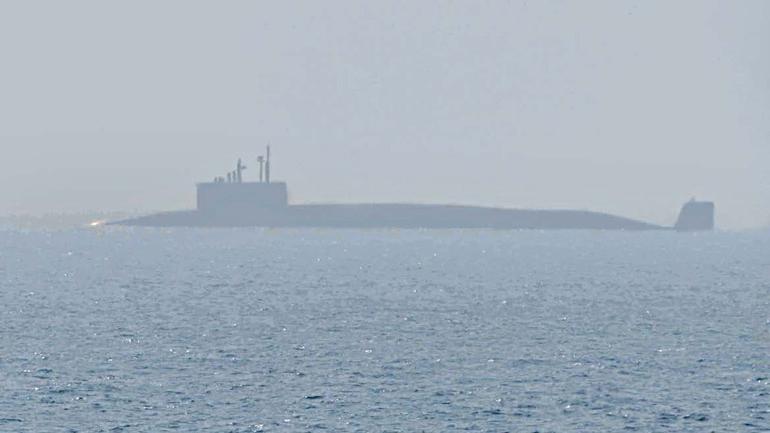 When Indian Prime Minister Narendra Modi announced earlier this month that the Indian Navy had completed its first sea-based nuclear deterrent patrol it was more of a statement of intent than a demonstration of a new capability.

The Indian Navy’s new ballistic missile submarine (SSBN) INS Arihant was the boomer that completed the month-long deterrent patrol. Whilst this is not insignificant – it is the first country outside of the five members of the U.N. Security Council to develop this capability – it also shows how far away India is to achieve its goal of joining the other great powers in establishing a credible sea-based deterrent.

Only the U.S., U.K., France and Russia can sustain continuous-at-sea deterrent patrols, which a provides continuous launch capability of a submarine-launched ballistic missile (SLBM) by maintaining at least one SSBN on station at any one time that could fire a nuclear missile. A continuous patrol requires a minimum of four SSBNs.

The patrol as a statement will have more effect in diplomatic circles than in military ones. India wants to join the club of countries that can support a sea-based deterrent and eventually achieve a continuous at-sea nuclear deterrent. It also means India will have the ability to launch all three air, land and sea-based types of nuclear weapons and a more robust second strike capability.

“The Indians have long desired a nuclear triad that’ll allow it to deter erstwhile adversaries namely Pakistan and China,” Collin Koh Swee Lean, from the Institute of Defence and Strategic Studies at the S. Rajaratnam School of International Studies (RSIS) in Singapore told USNI News. “The quest for sea-based nuclear deterrent is based on at least the theory that a submarine-launched strategic offensive missile constitutes a highly secure capability by virtue of the characteristics of a nuclear-powered submarine, compared to air and land-based systems which could be taken out.”

Arihant’s design is based on Russia’s Akula-class submarine and it was commissioned in 2016. Displacing 6,000 tons, the boat was built under India’s Advanced Technology Vessel (ATV) programme that was confirmed in 1998 although it took other forms before this. The IN has operated the 8,000-ton nuclear-powered attack submarine (SSN) INS Chakra (former K-152 Nerpa), which it has leased from Russia for 10 years starting in 2012 following extensive sea trials. This has informed the operation of Arihant. 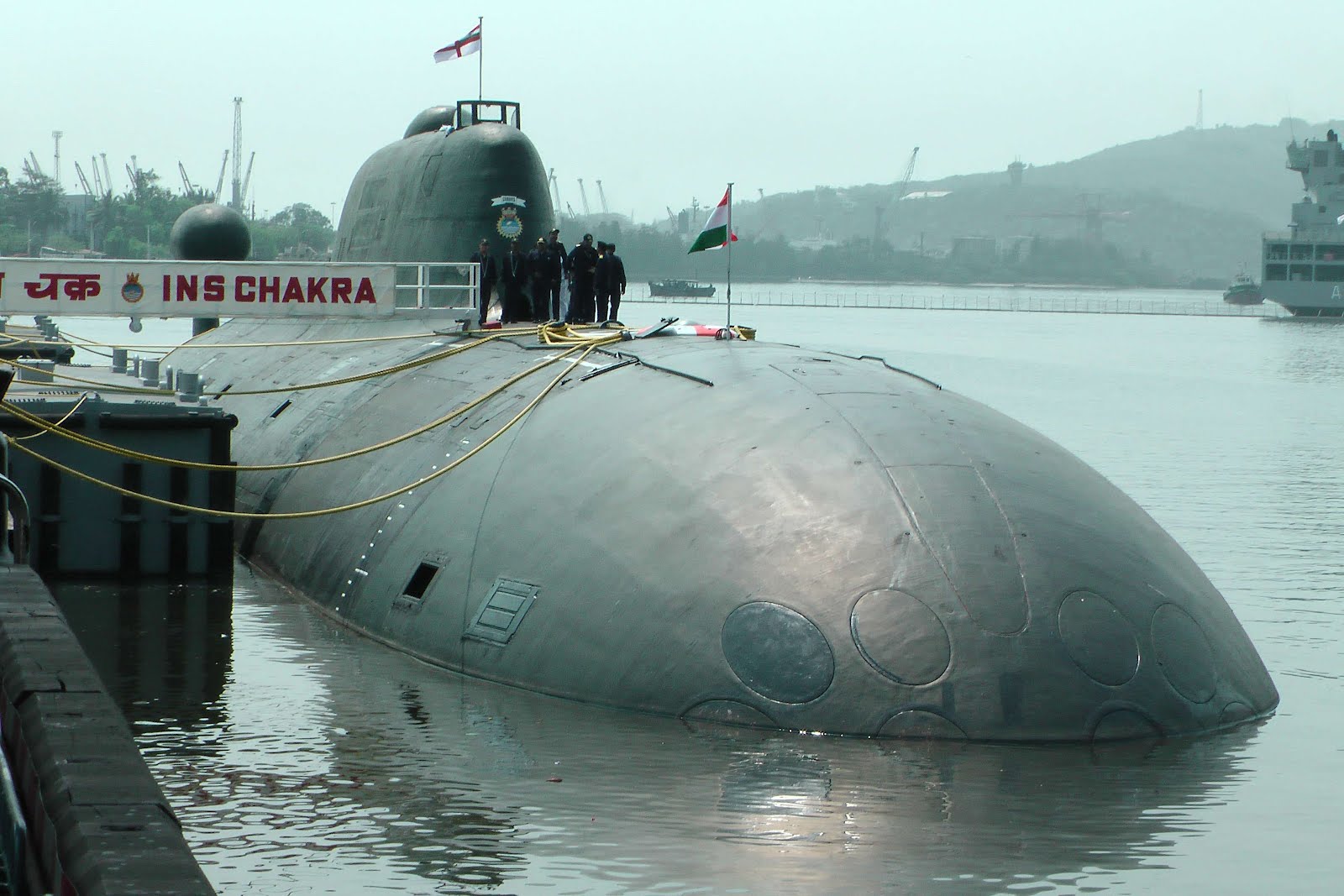 INS Chakra, photographed by me, just minutes before it was inducted into the eastern fleet at Vishakhapatnam on April 4, 2012. Ajai Shukla photo via Wikipedia

Since its commissioning, Arihant has mainly been used as a training platform and technology demonstrator. The submarine is capable of firing up to four K-4 intermediate range SLBMs that can reach over 2,000 miles or 12 short-range K-15 Sagarika missiles that can hit targets at a range of almost 500 miles. However, India has a policy of keeping its warheads separate from its missiles, so it is unclear if Arihant’s deterrent patrol used armed SLBMs.

By comparison the United States operates 14 Ohio-class SSBNs that represent the US Navy’s sea-based deterrent. Displacing 18,750 tons each boat can hold 24 D-5 Trident II intercontinental SLBMs (which can reach more than 7,500 miles) and normally conducts a deterrent patrol lasting 70 to 90 days. First-of-class USS Ohio (SSGN-726) entered service in 1981 and the class will start to retire from 2029 to be gradually replaced by 12 new Columbia-class (SSBN-826) boomers. The Columbias are expected to be of a similar size, although with 16 launch tubes to carry the D-5.

The U.K. Royal Navy operates four Vanguard-class submarines that also fire the D-5 with tubes for 16 missiles. HMS Vanguard entered service in 1994 and the class is expected to leave service from the 2030s to be replaced by four new Dreadnought-class SSBNs. Due to the fewer number of boats conducting patrols, it is likely that the Vanguards will undertake longer patrols than their American counterparts, USNI News understands.

Russia’s sea-deterrent has transitioned from its 48,000-ton Typhoon-class SLBMs – it has one left in service – to the new Borei-class with three in-service and a further two due to be commissioned next year. The new boats have 16 tubes that can fire the new Bulava sub-launched ballistic missile that was accepted into service earlier this year and has a range exceeding 5,600 miles. 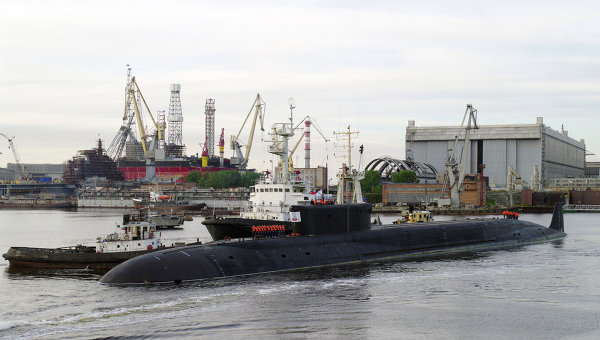 France operates a fleet of four new Triomphant-class SSBNs that replaced the older Redoubtable-class in 2008. The new class has 16 missile tubes that can fire the new M51 sub-launched ballistic missile that entered service in 2010 and is a more advanced missile reaching almost 7,000 miles compared to the previous intermediate range M45.

The Chinese People’s Liberation Army Navy’s (PLAN’s) four Type 094 Jin-class SSBNs. The U.S. Office of Naval Intelligence has assessed that four boats have been in operation since 2015 and with its missile load of 12 JL-2 intercontinental ballistic missiles that have a range of about 5,000 miles it represents China’s sea-based deterrent capability. The Pentagon believes that as many as eight could be in-service by 2020 and it has been reported that a new JL-3 missile is being developed to replace the JL-2.

“Recall that India’s quest for nuclear weapons is heavily influenced by China’s acquisition of this capability since the 1960s… it’s with China in mind that the nuclear triad becomes especially more pertinent to have given in the first place, Beijing has been ahead in the development of a myriad of strategic, sub-strategic and tactical offensive missile systems for some time,” Collin said.

For India, it has yet to reach the stage comparable to the introduction of the Jin-class but how fast it can follow China in developing a credible sea-based deterrent capability depends on the progress of the ATV programme.

A second SSBN to follow Arihant was reported in Indian media to have completed sea trials. Named Arighat, the boat is due to be delivered next year and is expected to be larger than Arihant with a complement of eight K-4 missiles instead of four. Another two boats after Arighat are planned to be commissioned by 2023. Following from these first four Arihant-class boats another batch of even larger SSBNs is expected.

But it is not just the ability to put boats in the water and to fire missiles from them. The submarines need to be very quiet, totally undetected and able to sustain operations for long durations. Without long-range intercontinental SLBMs it means the SSBNs will have to get closer to their target area and therefore increase the chance of detection and neutralization.

“In terms of overall performance where the platform itself is concerned, its quieting ability especially is still an unknown. And so is definitely the issue of reliability, which is then dependent on not only design attributes but also the Indian Navy’s ability to properly maintain and sustain this force,” Collin said.

“Certainly a complete technological ecosystem that goes beyond just the boat itself or the missile for that matter [is needed] – it’ll include achieving complete self-sufficiency for the pressurized water reactor propulsion (PWR), in the area of quieting, combat systems, etc. In particular, to have a complete technical ecosystem for this, a strong indigenous nuclear industry base is necessary, which not only includes the ability to develop safe, functioning PWR technologies, but also the know-how for the life cycle of nuclear propulsion, which involves safe disposal, refuelling, etc,” Collin said.

“Insights and experiences gleaned from the ATV, and of course the lease of the Akula SSN from Russia, would benefit India’s overall effort to indigenize its submarine capabilities and technological base. Some of the critical systems, such as combat management, sonar and quieting, that are trialed and validated in these programmes would spin off onto domestic submarine programmes, including conventional boats,” Collin added.

India’s experience with submarines goes back decades with its diesel-electric attack submarines (SSKs). India’s existing SSK fleet consists of the four Shishumar-class (Type 209/1500) submarines, the first two of which were built by ThyssenKrupp Marine Systems in Kiel, Germany and the second pair by Mazagon Docks Ltd (MDL) in Mumbai under a technology transfer agreement in the early 1980s. Its remaining fleet is made up of the nine Sindhughosh-class submarines that were built by Russia’s Sevmash in the 1980s and 1990s and have recently undergone a refit.

Due to the increasing age of its fleet, the Indian Navy has embarked on a plan to renew its fleet by building 24 boats in country and increase the size of the SSK fleet by one-third. The P-75 programme for six new SSKs was the first step to re-developing the production capabilities at MDL that is had lost following the completion of its Shishuma-class.

The new P-75 Kalvari-class submarines are being built to the Scorpene design from French shipyard Naval Group with the first boat, INS Kalvari, commissioned in November 2017. There have been delays in the programme as a result of having to re-learn skills at MDL but the second boat is due to be commissioned later this year following sea trials and the remaining four slated to follow on an annual drumbeat from 2019 to 2023 if no further delays occur.

A second class of six boats is expected under the next P-75I programme that will follow the Kalvari-class. The Indian government has an ambition to establish a second line of production and to operate a different class of boat, however, this would entail some expense and it may choose to continue using the facilities at MDL. Whether it wants to continue partnership with Naval Group or return to TKMS or another submarine manufacturer is also yet to be decided.

“It might have been tempting to imagine that, buoyed by the long-awaited success in taking off P75 programme, its high time to go it alone. But this could be premature optimism, since local yards such as MDL would still have to work with foreign partners to get a model that suits the Indian Navy’s ambitions. I’ll foresee a [P75I] scenario where the design is based on an existing foreign model, but modified and developed to be customized for Indian requirements. Certainly the existing, if nascent, infrastructure and capacity in MDL would help matters. At least the Indians won’t have to start from scratch,” Collin said.