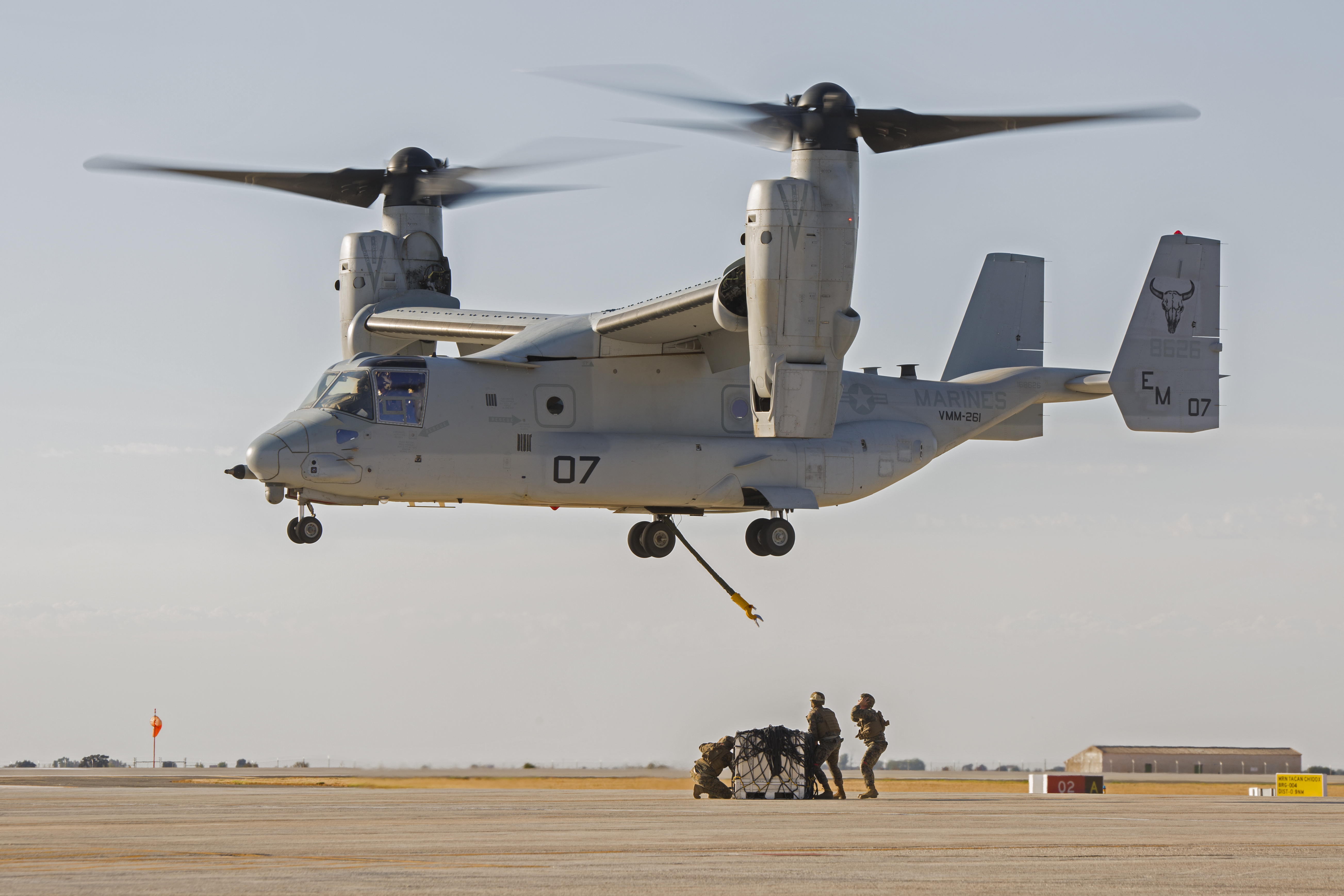 THE PENTAGON – The Marine Corps may have expanded its use of ground-based Special Purpose Marine Air-Ground Task Forces (SP-MAGTFs) in response to a shortage of amphibious ships to carry Marines around the globe, but Marine Corps leadership says the service is committed to these units even as the number of available amphibious ships is rising.

And yet, Lt. Gen. Brian Beaudreault, deputy commandant of the Marine Corps for plans, policies and operations, told USNI News that the increase in available shipping won’t decrease the Marines’ support for these ground-based forward-deployed units.

“I don’t see us in the future backing down from the Special Purpose MAGTFs. They provide a necessary and important capability: to make sure that we retain a threshold force in a particular combatant command’s region that can’t be covered by a MEU,” he said, referring to the ship-based Marine Expeditionary Unit.

Beaudreault said the Marine Corps’ job is to provide “force contribution of air/ground/logistics capability provided to an operational commander to use in accordance with its capabilities and limitations under the best advice from our [regional Marine Forces] commander. … It would be wonderful to have more amphibious ships because ships equals greater operational mobility and flexibility and a piece of U.S. sovereignty to do what we need to do from a location. But absent the availability, we will continue to deploy Special Purpose MAGTFs to do exactly that.” 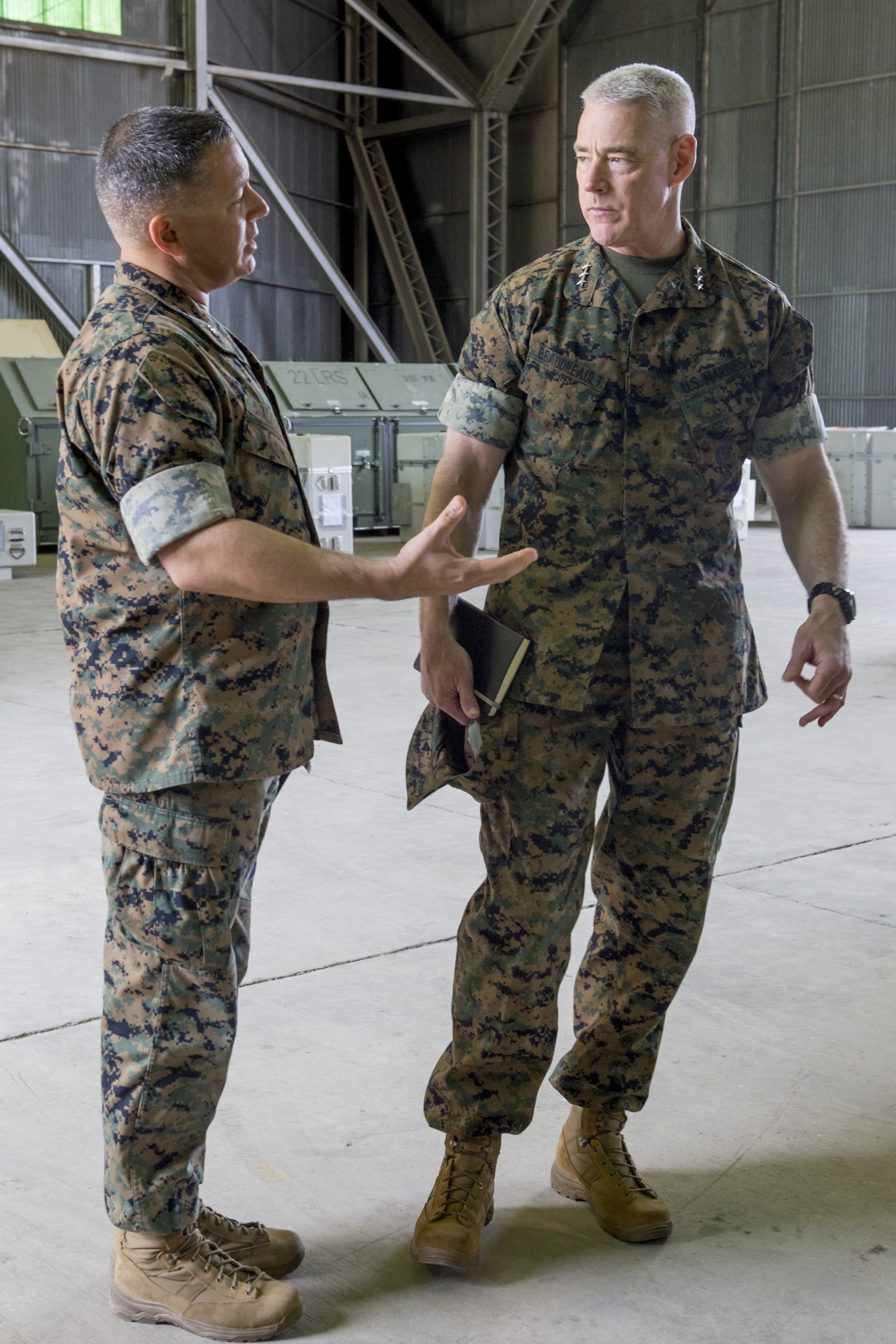 Even as ship availability increases, Beaudreault said he believes the SP-MAGTFs – one in Morón, Spain, to support operations in Africa, and another in the U.S. Central Command area of responsibility – have grown into an unexpected role in the theaters. Dubbed SP-MAGTF Crisis Response units, they have more and more involved sending out a company, a platoon or even individuals to support named contingencies like Operation Inherent Resolve or regional partner-building and training events.

It is up to the regional Marine Corps Forces commander to decide how many personnel to send out on these missions and how many to keep in reserve to respond if a crisis occurred, Beaudreault said, noting that ultimately these envisioned crisis response teams have become a reserve of Marine presence and combat-credible capability for theater commanders to pull from as they see fit.

The SP-MAGTF is not employed “necessarily as one consolidated entity that is just sitting waiting for the big crisis to happen; they’re too valuable an organization with too much capability to just hold it for that,” he later added.

Though not really serving as the crisis response unit its name suggests, Beaudreault said Marine Corps leadership has had no concerns regarding how regional commanders employ the SP-MAGTFs and said, “it’s deployed, we’d love to see it used.”

As more ships become available, the general said he hopes the SP-MAGTFs can work with the expeditionary sea base ships to spend some time at sea, even if technically a land-based unit still. As the number of amphibious warships in the fleet grows from 32 today to the requirement of 38 or even more, Beaudreault said land-based SP-MAGTFs could still be sent overseas to be in locations where the afloat MEU isn’t, or to combine with the MEU and scale up the Marine task force if the security situation requires it.

“It’s always been our desire to try to put Marine Air-Ground Task Forces afloat principally. If we can do that from afloat, that is the preferred option. But if the demand exceeds the ability to sustain an amphib presence, then that’s where the Special Purpose MAGTFs will come in. And it may be that, hopefully in the future when there’s 38 ships, I still see a role for the Special Purpose MAGTFs to be a ready MAGTF – if nothing else, in CONUS – combat-credible, that can immediately augment a MEU” if a situation erupts.

Beaudreault’s words of support for the SP-MAGTF are accompanied by resourcing support: whereas the SP-MAGTF’s aviation assets had been trimmed previously – from a full squadron of a dozen MV-22 Ospreys to half a squadron, due to aviation readiness challenges and high demand for the Ospreys – the most recent SP-MAGTF unit to deploy to CENTCOM went with a full squadron again.

Going forward, he told USNI News that “I’m excited about [the role of the SP-MAGTF]. I think it’s definitely not a static organization, it’s definitely driven by the security environment and the conditions that exist, and it’s definitely going to be drive by combatant commanders’ demand signals of what contributions a Marine Air Ground Task Force can best deliver to him.” 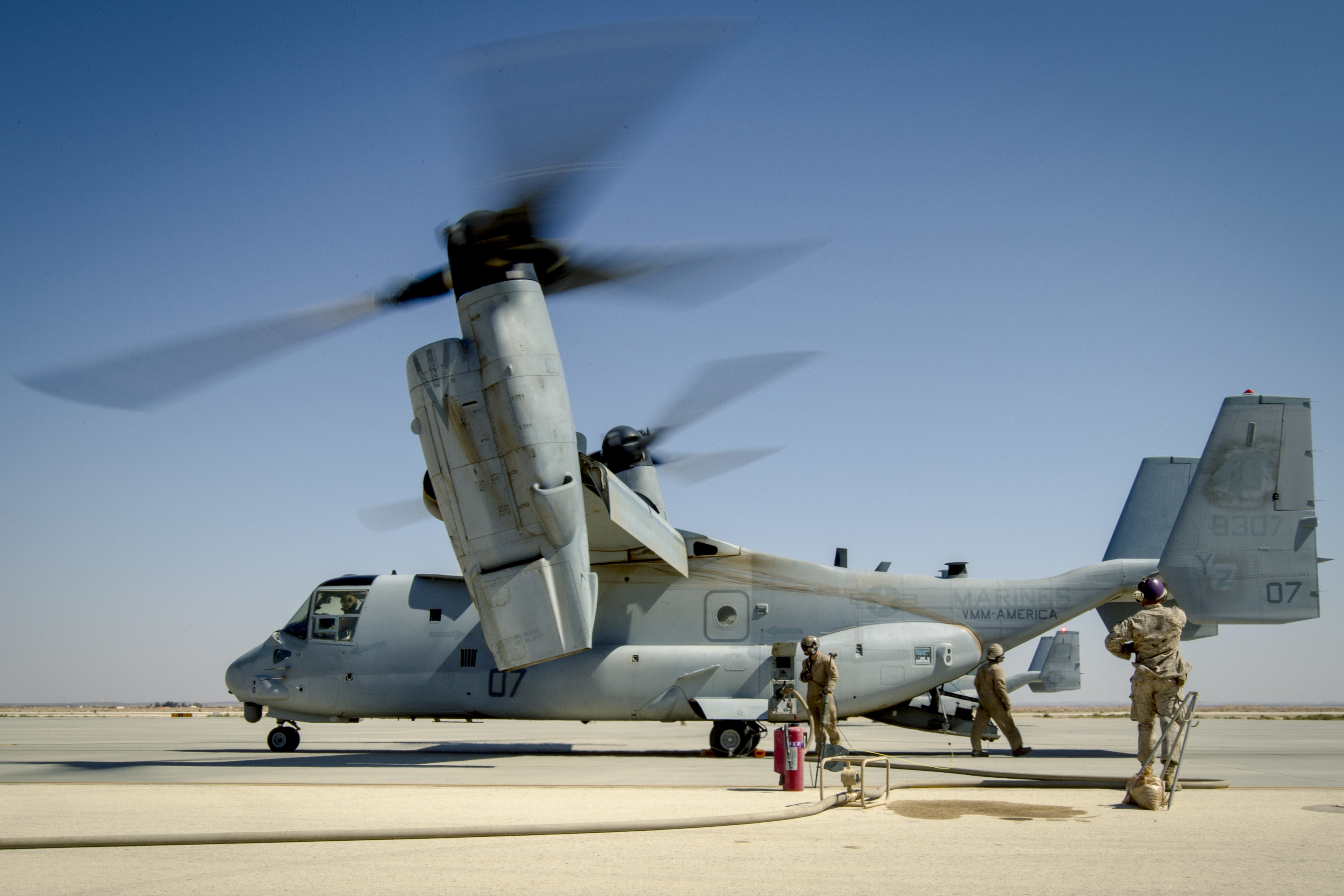 U.S. Marines with Marine Wing Support Squadron 373, Special Purpose Marine Air-Ground Task Force – Crisis Response – Central Command, fuel an MV-22 Osprey at a forward arming and refueling point during a Mission Rehearsal Exercise at a base in southern Jordan, Sept. 10, 2016. The MRX is a collective training event where the MAGTF elements collaborate to refine individual and cooperative capabilities. US Marine Corps photo.

He noted that new networks, air-delivered fires and other capabilities would be added to the SP-MAGTFs as they come online in the Marine Corps, and the exact composition of each SP-MAGTF would be determined ahead of each rotation based on which location the unit will deploy to – CENTCOM, the Mediterranean, U.S. Southern Command or others – what the threat level is and what the commanders’ expected mission sets include.

“We may need to look at our assigned mission essential tasks for the future; maybe those don’t stay static as the conditions change in a place like the Central Command region,” he said.

“In Africa, I think we’re always going to have to have the ability to respond over great distances. That’s the beauty of some of what we can learn through the SP-MAGTF as well, the distances that that organization covers out of Morón is generally from land to land but enormous distances – we’re going to face the same challenges in the Pacific. There’s a huge success story that we didn’t beat our chest over, that’s the redeployment of MV-22s from Australia all the way back to Hawaii that self-deployed back: helicopters, tiltrotors flew a tremendous distance to go from Darwin back to Hawaii, unnoticed. There’s no other organization in the world that can do what the Marine Corps just did and send a tiltrotor over that distance.”