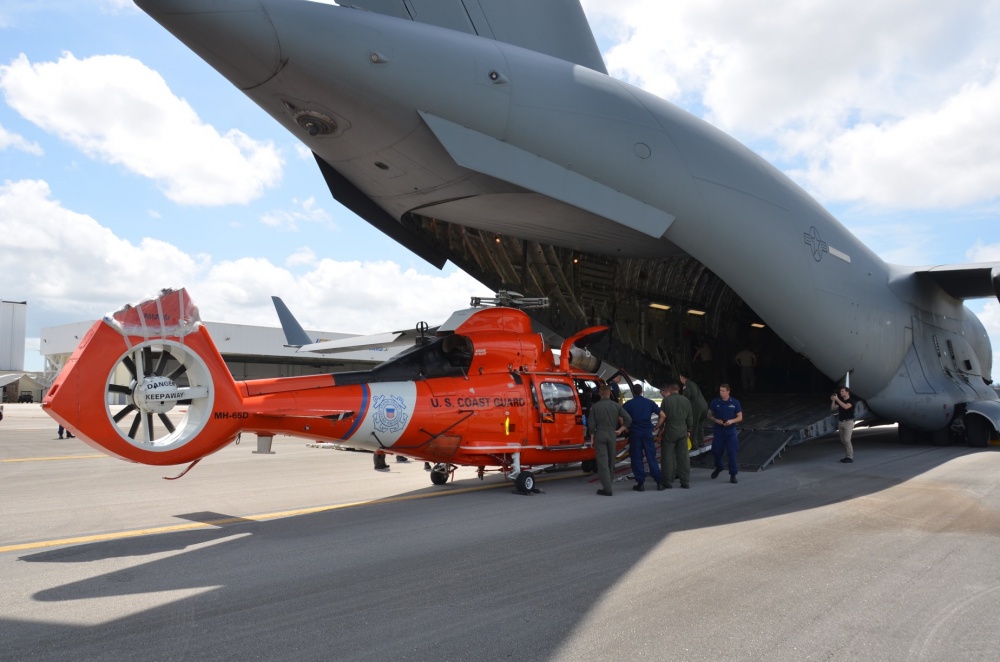 ARLINGTON, Va. – The U.S. Coast Guard hopes to keep its aging fleet of short-range search and rescue helicopters flying for another dozen years while evaluating the potential of vertical lift studies from the Pentagon to fulfill future missions.

The Coast Guard started flying the Aerospatiale Helicopter Corp. MH-65 Dolphin in 1984. The helicopters are used on both coasts and in Alaska. During disasters, the Coast Guard loads them into cargo planes for transport to the affected areas to assist search and rescue operations. But the fleet is nearing the end of its lifespan, and a replacement has yet to be identified, Adm. Karl Schultz, the commandant of the Coast Guard, said Friday during a briefing at the annual Military Reporters and Editors conference.

“We’re watching the Department of Defense very carefully with future of vertical lift,” Schultz said. “We fly a fleet of 98 of Aerospatiale Dolphin helicopters, MH-65s. There’s no more of those being made, so that fleet of 98 is what we’ll have there.”

The Marine Corps and Army are leading the effort to develop vertical lift capabilities. The Marine Corps has used the tiltrotor MV-22 Osprey for years, and the Navy is now starting to integrate the airframe into its airwing as a replacement carrier onboard delivery aircraft for its aging fleet of 27 C-2A Greyhound turbo-prop aircraft.

However, funding for the Coast Guard is tight for a force Schultz said is nation’s first line of defense to protect borders, combat smuggling, ensure maritime traffic safety and keep ports open. The Coast Guard continually scrapes together resources and accepts cast-off equipment from the Department of Defense to accomplish its myriad of missions.

“90 percent of the Coast Guard budget is classified as non-defense discretionary funding,” Schultz said. “We were shortsighted in the past not making some of these needs known.”

A month into Fiscal Year 2019, Schultz does not have an approved budget, whereas the Department of Defense does. Congress will likely consider Coast Guard funding, which is part of the Department of Homeland Security appropriations bill, after next week’s mid-term elections.

So, with other priorities requiring funding, Schultz said the Coast Guard is determined to squeeze a decade of life out of the Dolphins.

“We’re probably looking to fly those more than 30,000 hours, so we’re into what we’re calling our MH-65 Echo upgrade,” Schultz said. “We’re going to keep those things in the air for a while, probably into 2030.”

At the same time, Schultz is preparing a gap solution, by squeezing more life out of another aging airframe, the Coast Guard’s fleet of 45 MH-60 Jayhawks. Part of the Coast Guard’s strategy includes refurbishing used Navy MH-60 Seahawks and keep them flying for about 20,000 more hours.

In FY 2018, the Coast Guard received $25 million sustain and expand the fleet of 45 MH-60 Jayhawk helicopters, and $20 million to upgrade the fleet of MH-65 Dolphins, according to the Coast Guard budget. Schultz said the active hurricane season spurred Congress to provide more money for airframes.

To recapitalize Coast Guard equipment, Schultz said he’d like to see annual appropriations of about $2 billion for buying new systems or refurbishing used equipment. The Coast Guard requested $11.65 billion total in 2019 to cover procurement, operations, personnel and other costs.

“We’ve lost 10 percent of our purchasing power in the past decade,” Schultz said. “We’ve deferred maintenance during this period.”

The Coast Guard is also refurbishing its fleet of fixed-wing aircraft. Congress funded the purchase of a 15th C-130J cargo plane in the FY 2018 budget, and Schultz hopes, if approved, funding for a 16th C-130 will remain in the FY 2019 budget. He’d like the Coast Guard to have a fleet of 22 C-130J aircraft. 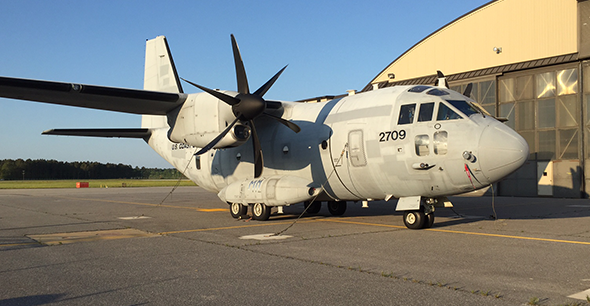 Meanwhile, in 2014, the Coast Guard inherited a fleet of 14 C-27J Spartan cargo planes from the U.S. Air Force. The Coast Guard is in the process of preparing these medium-range twin-engine turboprop planes for search and rescue missions, but Schultz said they ran into a snag.

“There’s a bit of a worldwide parts shortage,” Schultz said. “We’re fielding the C-27s, and the first ones are out at our air station in Sacramento.”