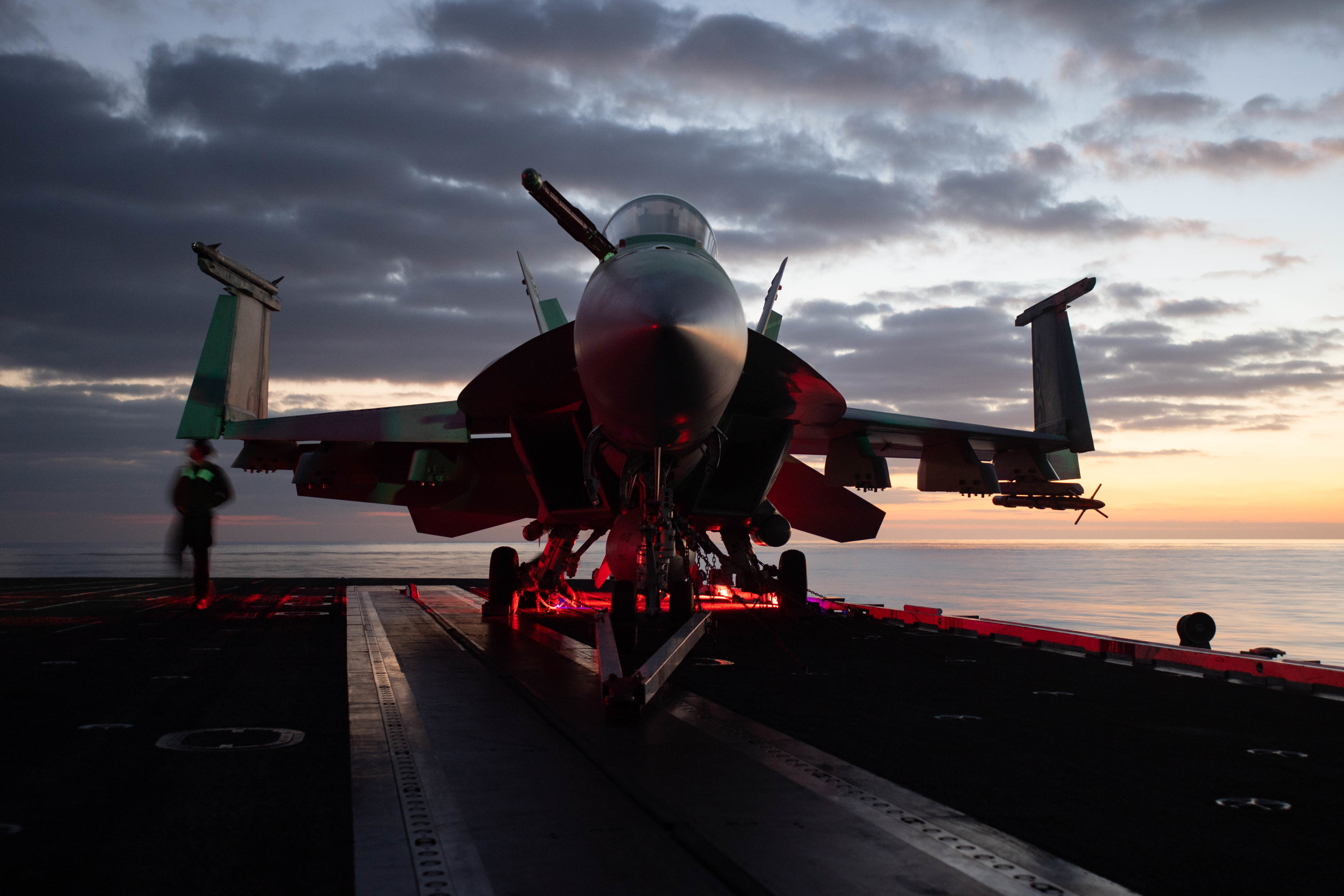 ANNAPOLIS, Md. — The Navy is working through how it will try and hit the ambitious readiness target set by Secretary of Defense James Mattis for Hornet and Super Hornet fighters, Assistant Secretary of the Navy for Research, Development, and Acquisition James “Hondo” Geurts said on Tuesday.

In a September memo, Mattis told the Navy, Marine Corps and Air Force those services needed to have their fleet of fighters to meet an 80 percent mission capable rate by the end of Fiscal Year 2019. The Navy’s current rate is 53 percent for the F/A-18E/F Super Hornet fleet and 44 percent for the service’s reserve fleet of F-18C Hornets.

Leading the effort for the Navy will be commander of Naval Air Forces, Vice Adm. DeWolfe Miller III, Geurts said.

“The first major effort is to get everybody on the same sheet of the music and put somebody in charge and we put the Air Boss in charge,” he said speaking at the NDIA Expeditionary Warfare Conference.
“Air Boss, you’re in charge of delivering the 80 percent mission capable rate and let’s all fall in behind the Air Boss and figure out what are we doing to contribute to that.”

Both Secretary of the Navy Richard V. Spencer and Deputy Defense Secretary Patrick Shanahan have promoted commercial aviation maintenance practices as a model to improve how quickly the services can repair their aircraft.

In a roundtable with reporters in August, Spencer sent the Navy and Marines to Delta airlines to see how the company had reduced its maintenance backlog.

“When you look at the F-18s, this is the same size of fleet as Southwest has. It’s not a super-large fleet, they’re all basically the same,” Shanahan said last week, reported Defense News. “So how do we put in place, you know, the support practices and the parts so that people aren’t working as hard?”

Inside the Department of the Navy, Geurts said the Marines and the Navy are looking more holistically on how future acquisition would pay more attention to maintenance and sustaining platforms throughout the life of programs.

“On the acquisition side quite frankly we got out of the business of having the acquisition program office involved in the logistics support. So the acquisition guys that are buying all the production equipment why don’t we buy all the spares when we’re buying the production equipment. That’s probably better for both sides and so we’re really looking at the way we’re contracting for that,” he said.
“Where we have also failed is that we haven’t shown [industry] the composite demand signal. We have one set of contracts to buy some new stuff, another to repair some of that stuff and third set of contracts to buy some spares. If we put that accumulated demand signal together and say ‘look I need 100 boxes from you’ and ‘I’m going to need a hundred boxes from you for the next five years,’ you would probably act differently.”

In the shorter term, the Navy and Marines are also considering shedding older aircraft to focus repair efforts on newer aircraft that don’t require as much maintenance.