The goal is to create a platform that can accommodate several different modular systems for mine hunting, mine sweeping and mine neutralization, officials said on Tuesday.

“We’ll have a common craft serving at least those three payloads and then the contracting and programmatic stuff to acquire the payload and the middle ware which will adapt the payload to the craft to support the numbers that we need for the different mission sets and load outs for the Littoral Combat Ships,” said Capt. Pete Small, NAVSEA program manager for unmanned maritime systems (PMS 406) during the NDIA Expeditionary Warfare Conference.
“Once we get that payload defined we could indeed adapt more payloads to that craft as necessary for that MCM mission.”

The craft could eventually carry counter piracy, surveillance and anti-submarine warfare payloads as well as communications relays, according to a slide in Small’s presentation at the conference.

Initially, the craft will field the Raytheon AN/AQS-20C towed sonar, which is currently being tested by NAVSEA on the small Textron Common Unmanned Surface Vehicle (CUSV), Small told USNI News on Tuesday. The sonar is an upgrade over the AN/AQS-20A systems the Navy has been testing as part of the LCS MCM mission package. The service is expecting delivery of ten of the sonars by the first quarter of Fiscal Year 2019, according to Small’s presentation. 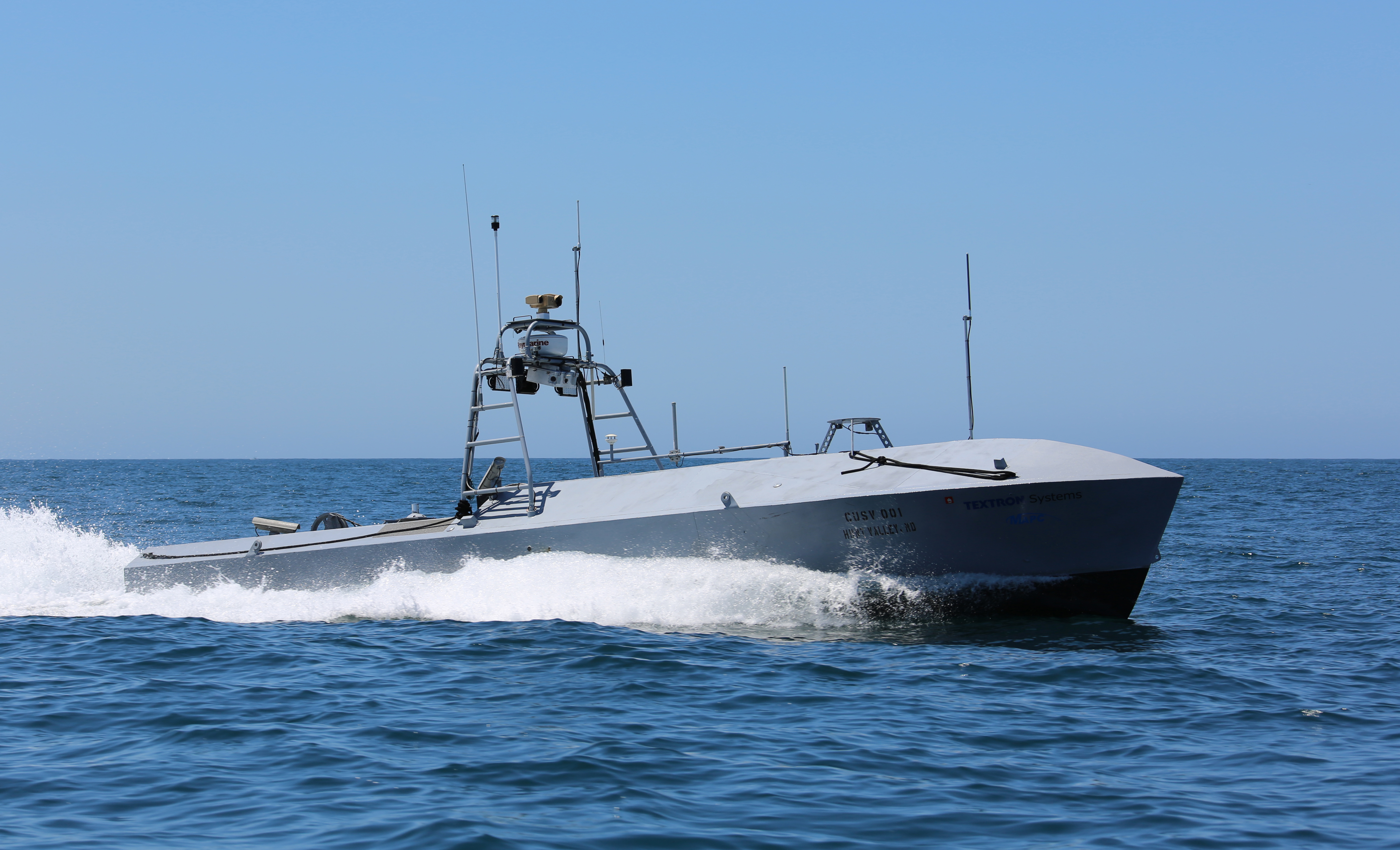 CUSV was developed as part of the Littoral Combat Ship’s mine countermeasure package to tow the Unmanned Influence Sweep System (UISS). The UISS is designed to emit signals that would cause influence mines – mines triggered by sound or nearby electromagnetic signatures – to detonate.

Last year, the Navy bought two additional CUSVs for $14.8 million to conduct mine hunting tests with the AN/AQS-20C and AN/AQS-24B airborne and surface mine hunting sonar. The testing is set to start sometime next year. The Navy is testing USVs forward deployed to U.S. 5th Fleet fielding the AN/AQS-24B

Amidst the testing program, NAVSEA is set to compete for the MCM USV with an acquisition program that could start as early as 2020.

The development of a common USV for the MCM mission is the latest change in what’s arguably to be the most complex and difficult to execute mission package for the LCS program.

Part of the pitch for the Littoral Combat Ship was a wholesale replacement of the Navy’s 1980s vintage Avenger-class minesweepers and MH-53E Sea Dragon MCM helicopters. However, the MCM mission package has been plagued with starts and stops due to equipment failures and testing delays.

A major delay was centered on the first carrier of the AN/AQS-20A, the Lockheed Martin Remote Multi Mission Vehicle. Reliability issues pushed the Navy to shelve the semi-submersible in 2016 to search for a new vehicle to tow the AN/AQS-20 sonar.