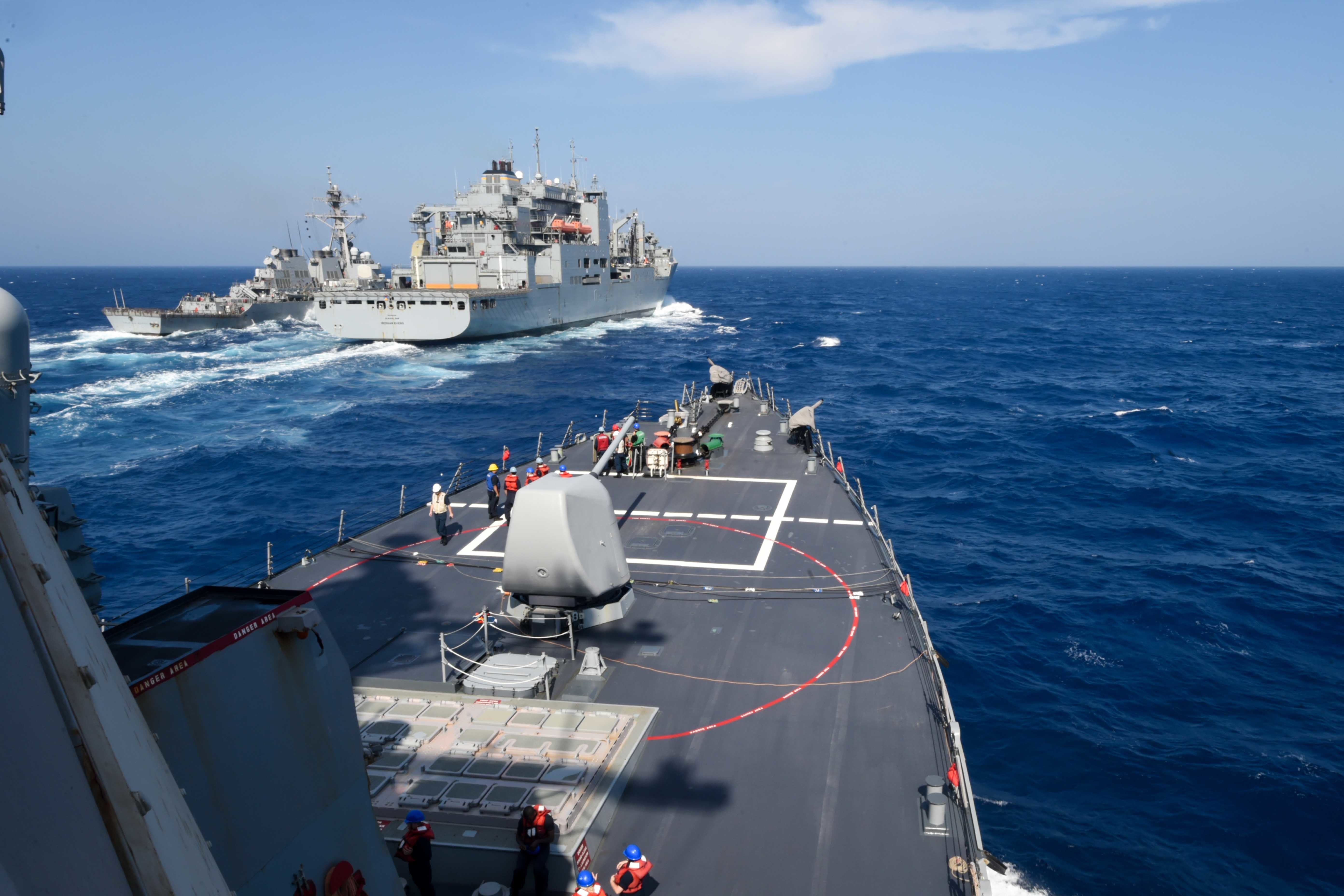 THE PENTAGON – U.S. and NATO ships are focused on conducting freedom of navigation operations in Europe to push back against a Russia that is increasingly harassing commercial shipping and introducing new anti-access weapons into the theater, according to the head of U.S. naval forces in Europe.

Adm. James Foggo said Friday that “the illegal annexation of Crimea has given the Russian Federation an opportunity to establish more anti-access and area-denial capabilities (in the Black Sea). So S-300, S-400 Bastion weapon systems, anti-ship cruise missiles. They’re pouring more into Kaliningrad and the Baltics, and they’re establishing more robust A2/AD capabilities in the Eastern Mediterranean.”

“Along with the bridge goes the entry point to the Sea of Azov. If you’re keeping up with this lately, there’s been some irresponsible activity in the Sea of Azov in the last couple months, the Ukrainians are not happy about that. The Russians have delayed shipping, held them at sea, unable to enter port, any port, unable to go to sea. This is costing the Ukraine millions of dollars a year and it’s an unfair practice,” Foggo said Friday morning while speaking at an Atlantic Council event.

The admiral said NATO forces would not look to patrol the Sea of Azov, as they have no claim to it, but he said the anti-access practices there make their patrols of the adjoining Black Sea all the more important. The U.S. Navy spends 125 days at sea there, the maximum allowed under maritime law for a nation that does not border the sea, and NATO forces also spent 125 days patrolling the Black Sea.

“This is reassurance for our friends to the east, and we will continue to operate there because the model, the protocol of trying to block the Sea of Azov, will not stand in the Black Sea, and with our friends – the Bulgarians, the Romanians, Georgians, Ukraines and the Turks – we will continue as NATO to operate” in that location.

“Same with the Mediterranean. It’s getting very, very busy in the Eastern Mediterranean,” Foggo continued.
“We saw recently the buildup of several Russian forces and Russian sailors that came out and operated for a month just around Tartus and Latakia (in Syria) because there was ongoing operations and they felt the necessity to flex their muscles. That did not deter us from operating U.S. warships there. It does not deter us from operating U.S. and NATO warships in the Baltic because there’s a buildup in Kaliningrad. It does not deter us from operating in and around the GIUK Gap up north, and the carrier will prove that during Trident Juncture,” he said, referring to an upcoming NATO exercise in Norway featuring more than 45,000 NATO military personnel. 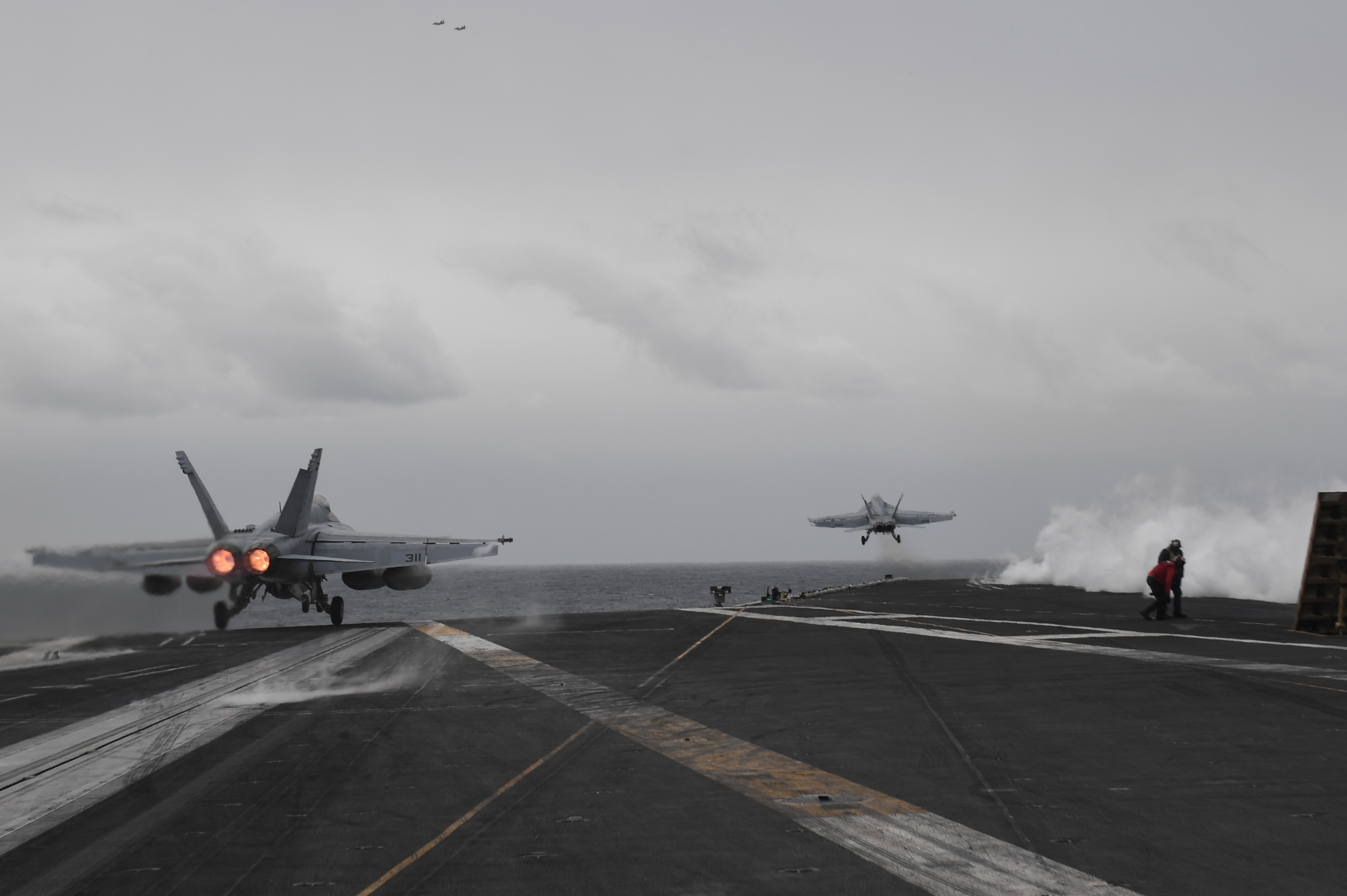 Foggo drew a hard line when it came to aggression at sea and attempts to restrict movement in international waters.

“I am confident that we are able to act with the technologically superior capabilities that we have within not just the United States Navy but all of NATO. That’s not to say that we’re not going to get to areas that are going to be contested, and we’re going to have to operate as we do as a sophisticated group of navies in order to deny the adversary the capability or the opportunity to keep us out of areas that are international waters,” he said.
“Because we absolutely and categorically refuse to be restricted in our ability to conduct freedom of navigation operations in international waters.”

Still, the ability for a major formation of NATO forces to operate at sea in a denied environment has not been proven. The upcoming Trident Juncture exercise is large, but its goal is to prove that a large force can move into a NATO ally quickly and stop an adversary from invading. Asked by USNI News if NATO might conduct a similarly large-scale exercise to practice maritime operations in an A2/AD environment, Foggo said. “That’s always a consideration, and we consistently maintain that we won’t be pushed out or restricted in any area of the world which is considered by the UN Convention of the Law of the Sea as international waters. So it would be impolitic of me to tell you we’re planning this particular exercise in this particular time, but it’s something that’s in our DNA because we’re sailors and we’re an island nation in the U.S. – and I think of Europe as a peninsula, if you look at it and you black out all the land and you blue all the water, it’s water around a peninsula. So freedom of navigation is important. We should not allow anybody to restrict our ability to operate. And we don’t pose a threat, that’s the thing. What is the threat? It’s just freedom of navigation, ensuring the sea lines of communication are open. So that’s something that we take very seriously.”

Foggo also mentioned at the event that Russians have remobilized seven of their old bases in the Arctic, which is making NATO allies and partners nervous, though he was quick to say “there’s been no nefarious activity from those seven bases in the Arctic as of yet. But it’s important that we watch them and we make sure there’s proper behavior there.” 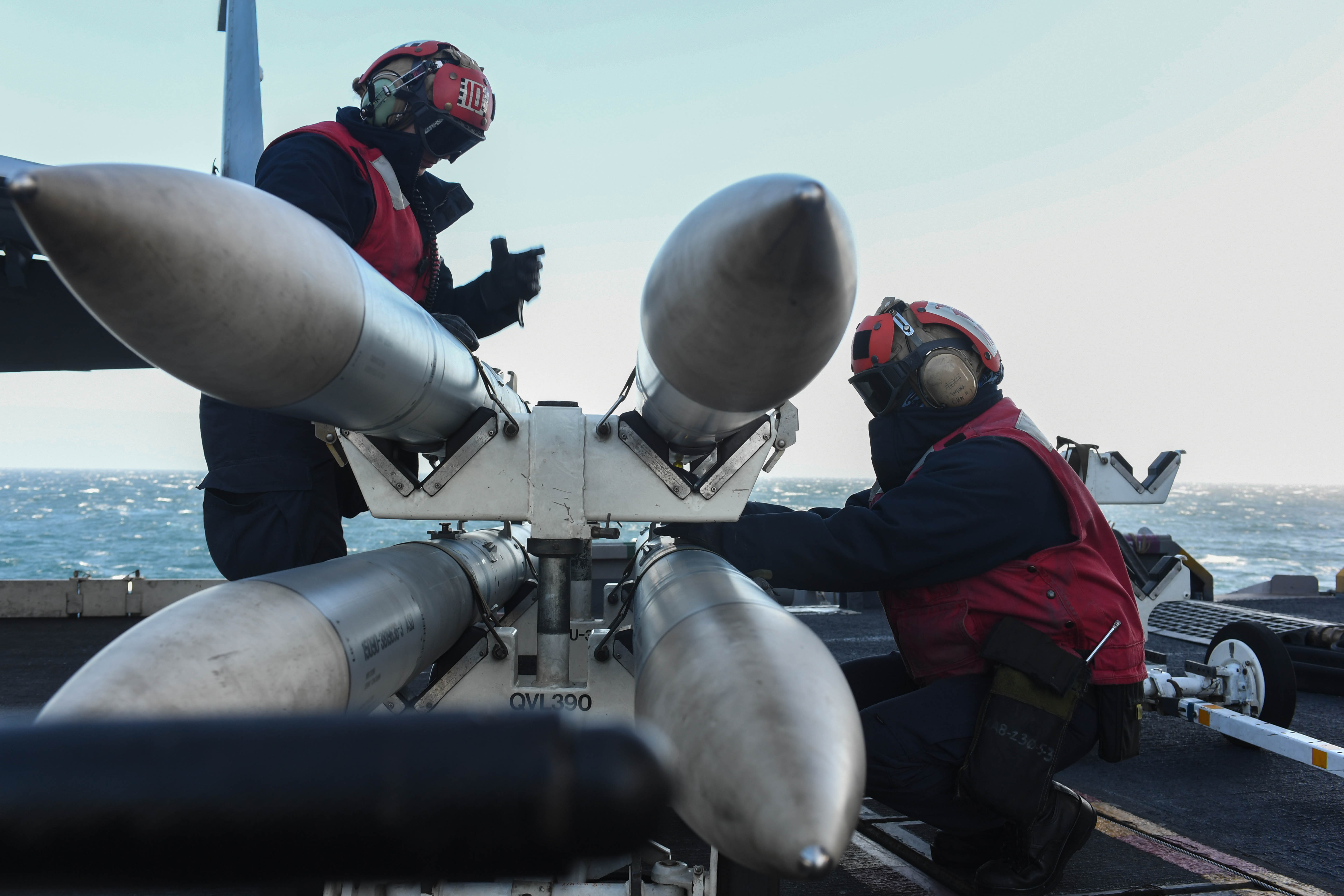 Speaking later Friday to reporters at the Pentagon, Foggo told USNI News that it would be important to have a greater naval presence in Europe than the U.S. has had in the last two or three decades, and that this year’s presence by the Harry S. Truman Carrier Strike Group and the Iwo Jima Amphibious Ready Group were part of the effort to boost presence to reassure allies and to keep an eye on Russian activity.

With the Truman CSG now back in the region – spending time in Iceland and the North Sea ahead of Trident Juncture – “that sends a very strong message that the United States will operate anywhere, either unilaterally or in collaboration with our NATO partners and allies. And like I said, nobody in the world can come close to a U.S. nuclear-powered aircraft carrier in terms of firepower, dwell and endurance,” he said.
“And those guys and gals out on that carrier and the Marines are doing a fantastic job. So we’re keeping the adversaries back on their heels. They don’t know where we’re going next and that’s a good thing. And we’re working more with allies and partners because we have that additional capability. Right now I have – I think, at last count, and my PAO can double check the figures – 495,000 tons of gray-hulled shipping operating in the theater. And that’s great. I love it. Now this is transit presence, so it’s for the period of a deployment. It’s not always that high, but we’re making full use of it.”