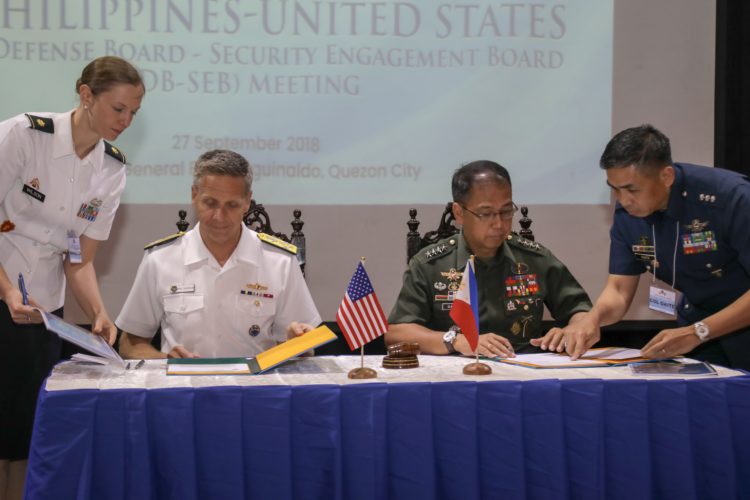 When the 2018 Mutual Defense Board and Security Engagement Board (MDB-SEB) was signed late last week by U.S. Indo-Pacific Command commander Adm. Phil Davidson and Chief of Staff of the Armed Forces of the Philippines Gen. Carlito Galvez, the ceremony celebrated continuing cooperation dating back to the end of World War II.

The event also sent an unsubtle hint to China that the U.S.-Philippine military alliance still exists, Greg Poling, the director of the Asia Maritime Transparency Initiative at the Center for International and Strategic Studies, told USNI News.

“It does send the message everything is on an even keel, the alliance remains strong,” Poling said. “The big concern has been what does the election of Rodrigo Duterte as president of the Philippines mean to the alliance. He’s unabashedly anti-American, unabashedly pro-Chinese.”

As part of the MDB-SEB, the U.S. and the Philippines agreed to conduct 281 security cooperation activities in 2019, according to a statement from INDO-PACOM. That figure is about 20 more than what will be held this year. It’s hard to say what this increase means, Poling said, since these activities include everything from major large-scale exercises to small training opportunities and meetings between mid-level government officials.

The MDB started in 1958, and the SEB in 2006. Both boards are used to coordinate defense and security cooperation between the militaries of both nations, according to the INDO-PACOM release.

However, the scope of the U.S./Philippine partnership has expanded beyond basic security cooperation. The recent Balikatan exercise focused on disaster relief. And earlier this year the Philippine military was able to retake control of Marawi with assistance from U.S. special forces, Poling said. Marawi, a city in the southern Philippines, had for nearly half a year been under siege by fighters aligned with the Islamic State. 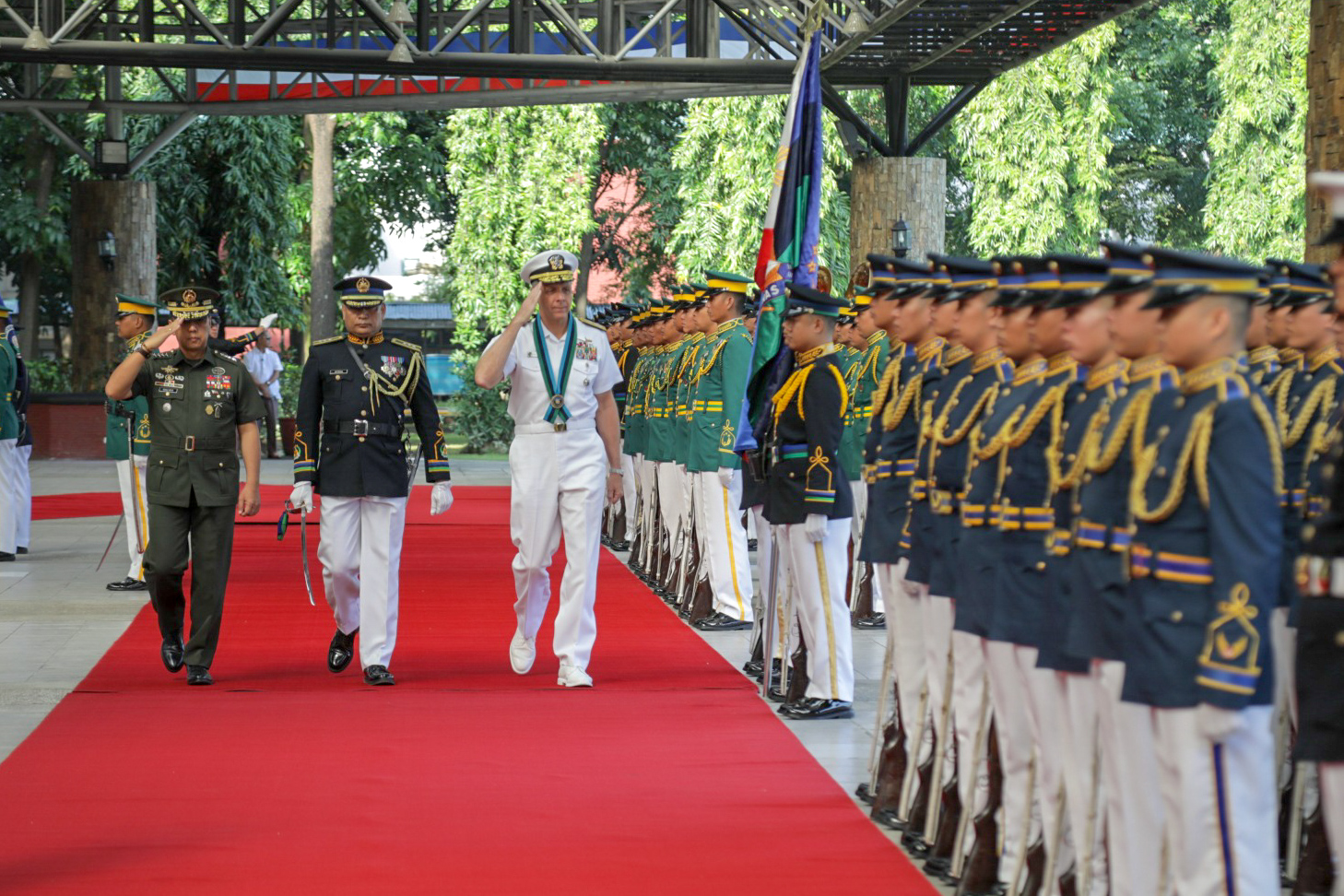 At the same time, even as Duterte has publicly stated his preference to align with China, Poling said many in the Philippines and the region remained wary of China’s threatening and bullying actions to assert control over shipping lanes and fishing rights in the South China Sea.

The military alliance between the U.S. and Philippines was never really in danger, Poling said. But the public ceremony renewing the annual military agreements does let everyone know cooperation between the two nations continues.

“To Beijing, it’s sending the message: however close you might be to the current populist president of the Philippines, you haven’t really undercut the foundation of the alliance, which was there before Duterte and will be there after Duterte,” Poling said.