Arleigh Burke guided-missile destroyer USS Decatur (DDG-73) was approached Sunday morning in the South China Sea by a Chinese warship in what Navy officials are calling an unsafe and unprofessional maneuver.

At about 8:30 a.m. local time, Decatur was conducting freedom of navigation operations (FONOps) in the vicinity of Gaven Reef in the South China Sea. China’s People’s Liberation Army Navy (PLAN) Luyang-class destroyer approached Decatur, which was operating within 12 nautical miles of the Gaven and Johnson Reefs in the Spratly Islands, Cmdr. Nathan Christensen, a U.S. Pacific Fleet spokesman, told USNI News in an email.

“The (People’s Republic of China) PRC destroyer conducted a series of increasingly aggressive maneuvers accompanied by warnings for Decatur to depart the area. The PRC destroyer approached within 45 yards of Decatur’s bow, after which Decatur maneuvered to prevent a collision,” Christensen said.

Decatur’s route passed rocks and reefs that China has turned into artificial islands in a bid to extend its South China Sea territorial claims. These islands are not recognized by international law as meeting the requirements to qualify as sovereign territory.

Decatur has previously crossed paths with Chinese destroyers in the South China Sea. Two years ago, a Luyang-class destroyer observed Decatur operating near Chinese holdings near Triton and Woody Islands in the Paracel Islands, which China calls Xisha. At the time, a Chinese Ministry of Defense release complained Decatur violated China’s sovereignty, though Vietnam and Taiwan also claim the small sand spits. 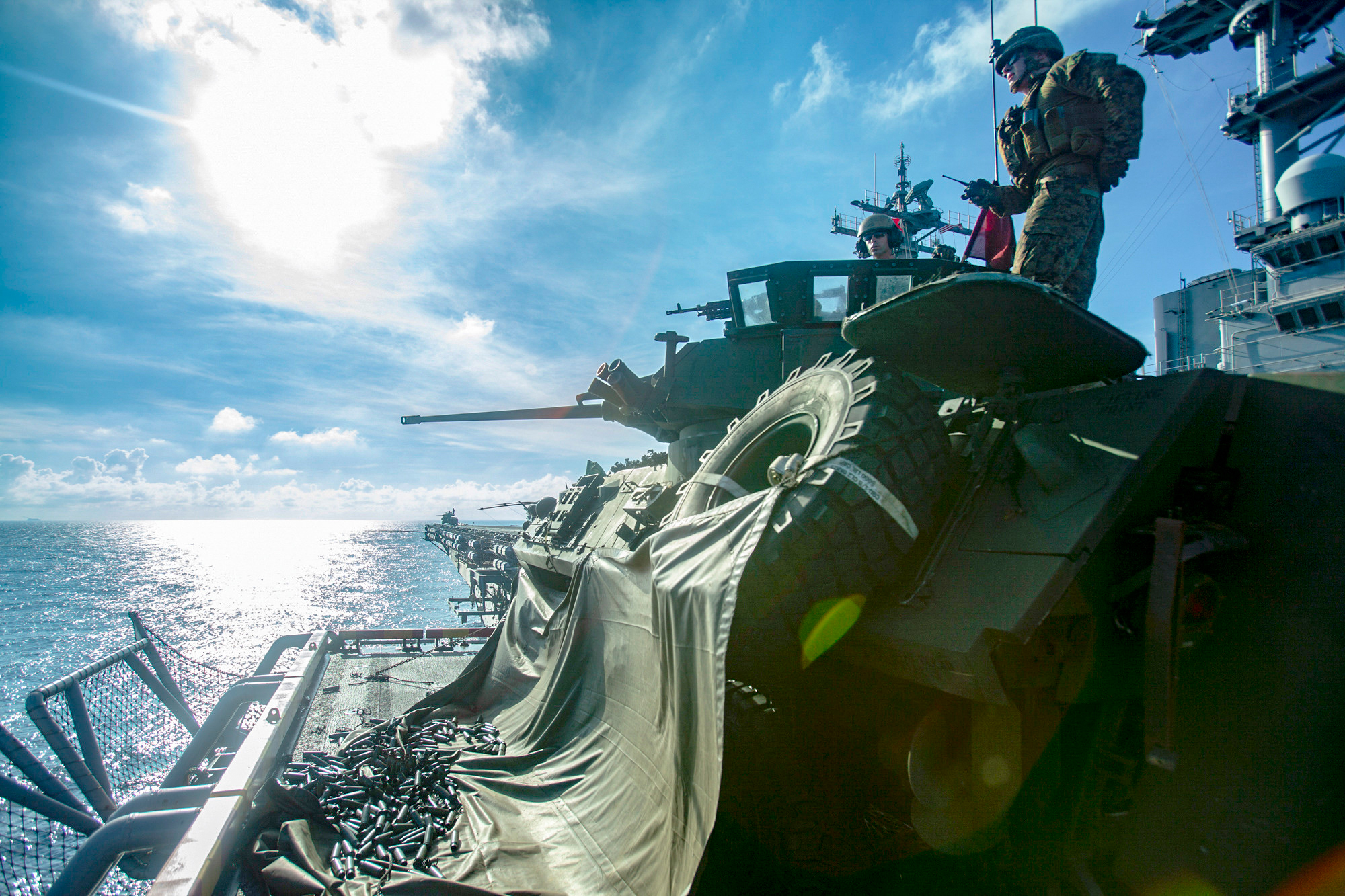 “The DATF rehearsal demonstrated the full integration of Marine Corps and Navy capabilities showcasing the intensity of joint firepower available to defend Wasp, and our forces, in a wide range of combat situations,” Col. Robert Brodie, the commanding officer of the 31st MEU, said in a statement. “Our ironclad Blue-Green partnership allows us to continuously hone our lethality through training and exercises, in preparation for any operation.”

The ARG and MEU were simulating travel through potentially dangerous waters. The Wasp ARG and 31st MEU are serving as a ready-response force in the region, according to a U.S. Indo-Pacific Command statement.

“Increasing the lethality of the Navy-Marine Corps Team is the priority for us. Sailors and Marines are doing amazing work, and we are becoming more lethal every single day,” Rear Adm. Brad Cooper, commander of Amphibious Force 7th Fleet, said in a statement. “Today, we showed once again why the U.S. Navy and U.S. Marine Corps are the premier combat forces in the western Pacific, reinforcing security and stability in this critical region.”