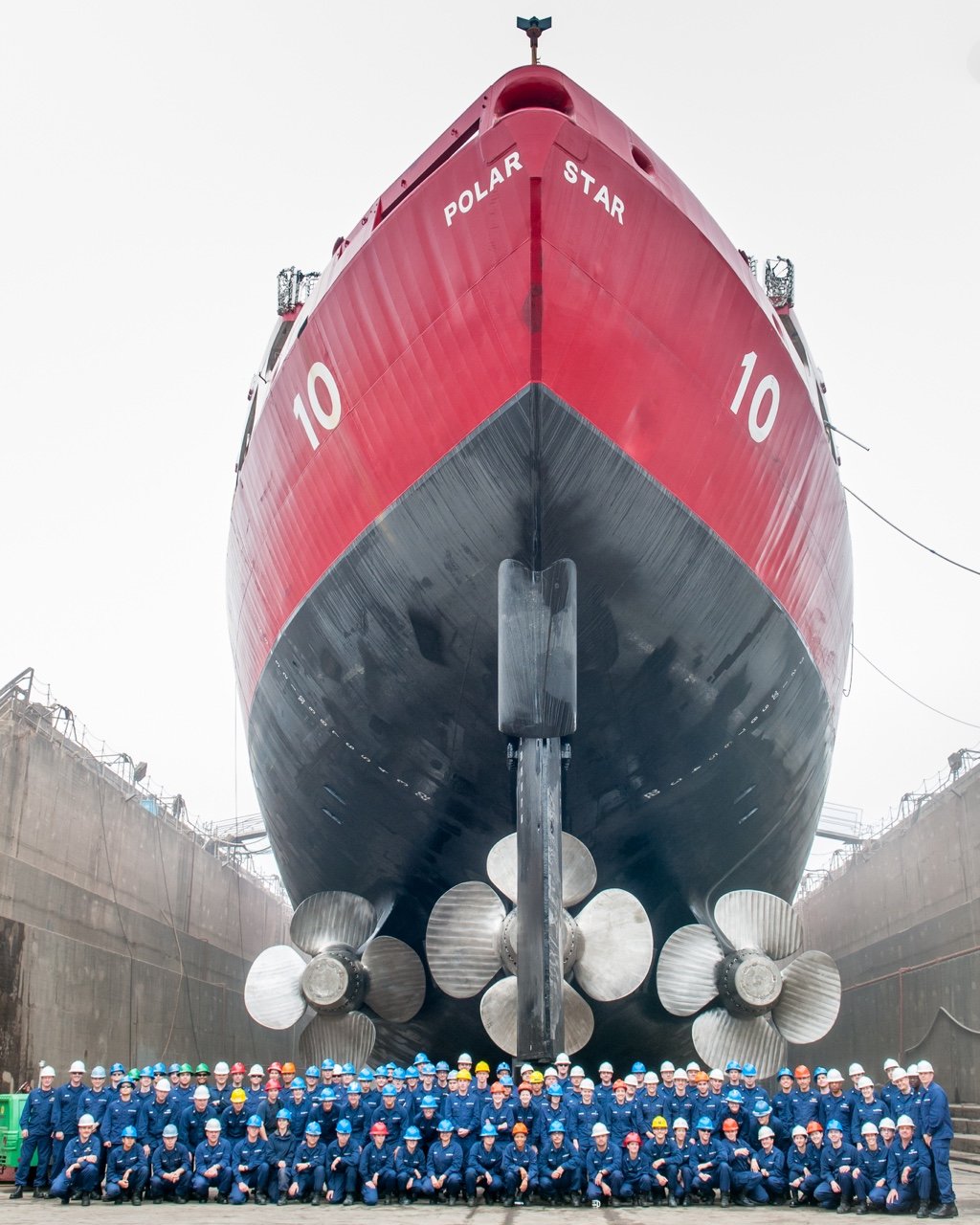 The U.S. Coast Guard changed the name of its heavy icebreaker program to highlight its importance to national security, as funding for the first-in-class ship may be in jeopardy.

Now dubbed the Polar Security Cutter, Coast Guard leadership and backers on Capitol Hill are determined to secure funding for the planned new class of heavy icebreaker – the first for the Coast Guard in more than four decades – by marketing its vital role protecting the nation’s sovereignty.

“When we talk about icebreaking capability, that doesn’t sell very well to all audiences,” Rear Adm. Melvin Bouboulis, the Coast Guard’s Assistant Commandant for Engineering and Logistics, said during the recent American Society of Naval Engineers (ASNE) Fleet Maintenance and Modernization Symposium.
“We understand that some folks think just it goes and breaks ice, but we’ve purposely changed the name of that program to Polar Security Cutter because it is really the U.S. presence in the Arctic regions and preserving our national interest and security in those areas.”

The Coast Guard’s heavy icebreaker mission has traditionally supported scientific research. But the new icebreaker’s request for proposals released earlier this year hinted at a possible future national security mission. After much speculation about whether the ship would be armed, Coast Guard officials said in the RFP they wanted the ability to add deck-mounted weapons to the icebreaker in the future.

The name-change was talked about by Adm. Karl Schultz almost as soon as he became Coast Guard commandant in June. At the time, the program appeared on track. But in late July, the $750-million funding request to pay for construction of the first ship in the heavy icebreaker program was stripped out of the House version of the Fiscal Year 2019 Homeland Security appropriations bill. The funding remained in the Senate version of the bill.

In August, Schultz suggested a program name change when appearing at an event co-hosted by the U.S. Naval Institute and the Center for Strategic and International Studies.

A conference committee for both chambers to iron out differences in each version of the Homeland Security appropriations bill will likely not meet until after the November election. Schultz and the Coast Guard were essentially given about three months to make a case for restoring icebreaker funding to the appropriations bill.

The Coast Guard’s proposed icebreaker is now officially called the Polar Security Cutter, Lt. Amy Midgett, a Coast Guard spokeswoman, confirmed to USNI News. The hull designation will be WMSP. W is the standard prefix for Coast Guard vessels, and MSP stands for Maritime Security-Polar, Brian Olexy, a Coast Guard spokesman, told USNI News. The intended missions of the icebreaker will remain the same – supporting scientific research – and designating the ship a security cutter does not alter how it is funded.

“It heads down south, breaks out McMurdo, resupplies, then it comes back for a drydock availability period,” Bouboulis said, referring to the Antarctica-based science station built on a bare volcanic rock on Ross Island’s Hut Point Peninsula, the southernmost point still accessible by ship, according to the Nationals Science Foundation. During the winter, scientists have recorded temperatures as low as -58 degrees Fahrenheit. “We are in our fifth concurrent year of that [operating tempo], which is pretty unprecedented.”