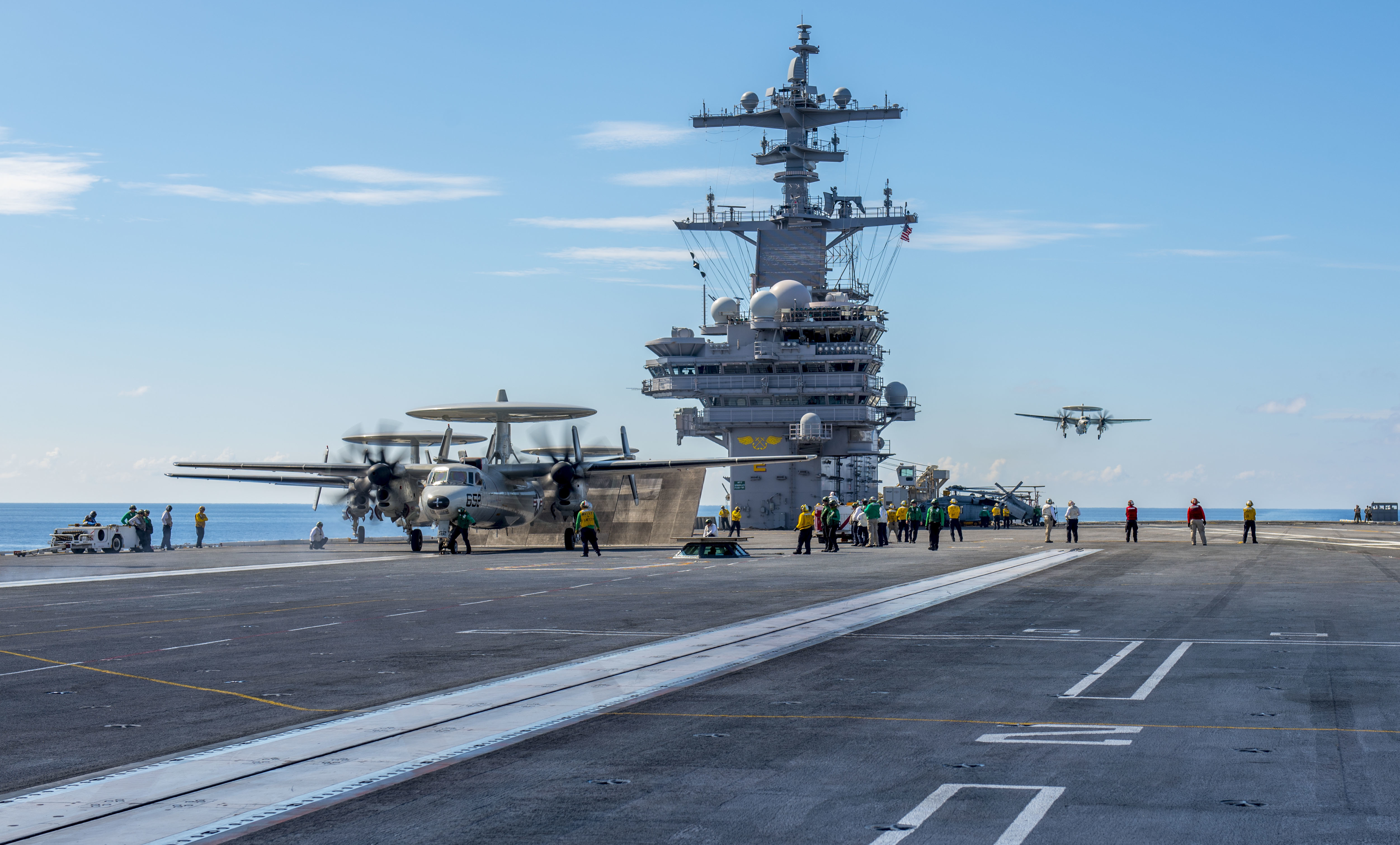 This post has been updated to include additional information from the Navy and corrected to indicate the sailor killed was the 14th Navy or Marine Corps operational death in 2018.

The sailor’s identity has not been released, pending notification of next of kin. No other injuries were reported during the incident, according to a statement released by Naval Air Force Atlantic (AIRLANT).

Bush and about 30 other ships sortied from Norfolk last week ahead of the arrival of Hurricane Florence. Bush was out at sea to avoid any damage from the storm and also to be staged to support any civilian agencies in disaster relief efforts afterward if called upon to do so.

Bush completed a seven-month deployment to the Middle East, Mediterranean and North Atlantic last year, and has spent this year conducting various training activities at sea in the Atlantic. Earlier this year, Bush hosted about 350 French naval aviators and aircraft maintainers during a joint exercise in the Virginia Capes operating area. France’s only nuclear-powered aircraft carrier, FS Charles de Gaulle (R91), was finishing up an extended maintenance period, so the French crew members were able to get an early start to their carrier qualifications on Bush. The carrier was also in and out of port this summer, conducting sustainment training at sea and hosting various ceremonies in port.

The sailor killed Monday is the 14th Navy or Marine Corps service member who has died in 2018 in a work-related mishap or in combat, according to internal USNI News records.

NORFOLK – On Monday, Sept. 17 at approximately 4:45 pm, a Sailor assigned to the aircraft carrier USS George H.W. Bush (CVN 77) was killed in a mishap on the flight deck. No other Sailors were hurt. The cause of the mishap is currently under investigation.

Out of respect for the Sailor’s family and per Department of Defense policy, the name of the individual and additional details on the mishap will not be released until 24-hours after the family has been notified.

We ask for your patience and understanding as the crew grieves the loss of one of their shipmates.