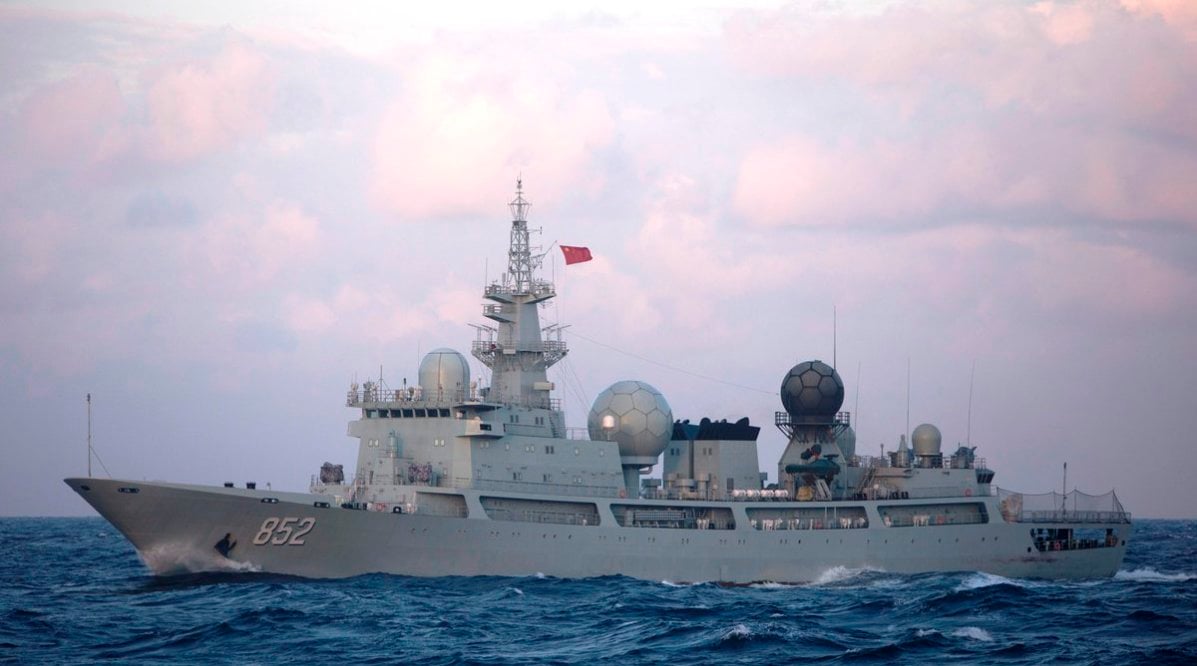 A PLA Navy Dongdiao-class auxiliary general intelligence (AGI) shadowed Russian Navy assets for the length of the at-sea portion of the exercise while Chinese and Mongolian troops exercised ashore, a U.S. official confirmed to USNI News.

The PLA sent about 3,500 troops for the ground portion, but it was unclear if the PLA Navy was invited to send warships to drill with the Russians.

Details from Russia on the exercise have been inconsistent, but Russian state-supported media claimed it was the largest exercise in modern Russian history.

“Taking part in it will be about 300,000 troops, more than 1,000 planes, helicopters and drones, up to 80 combat and logistic ships and up to 36,000 tanks, armored personnel carriers and other vehicles,” Russian defense minister Sergei Shoigu said in state-controlled media.

The drills come as Moscow and Beijing have made public declarations of increasing cooperation – including Russian President Vladimir Putin and Chinese officials meeting during the exercise. 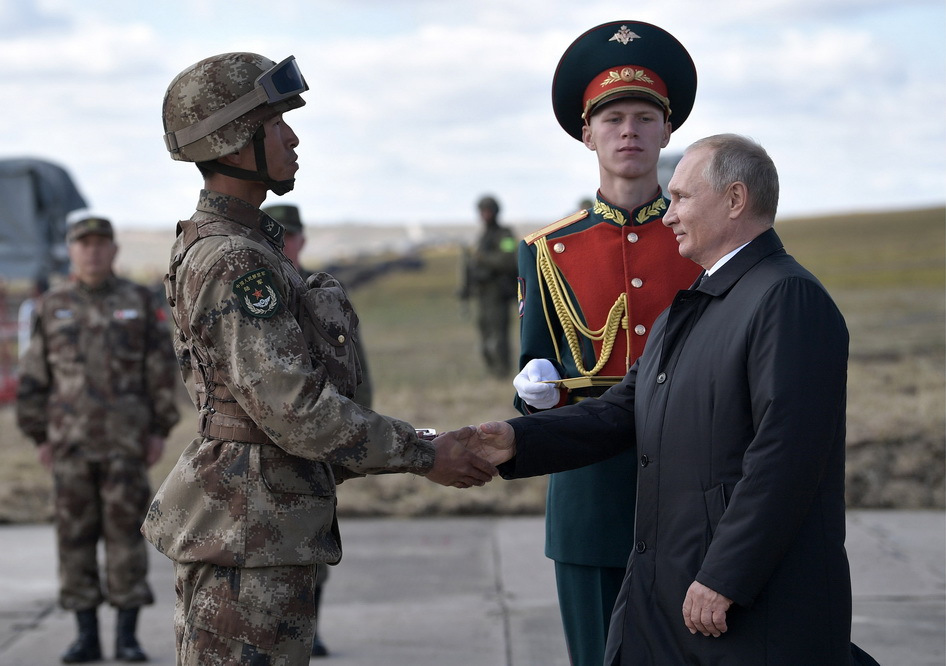 “[Vostok 2018’s] main political significance comes from the signaling by both Russia and China about the possible emergence of a strategic partnership, aimed at countering the threat that both countries feel from continued U.S. dominance of the international system,” Dmitry Gorenburg wrote for The Washington Post last week.

There is also a practical military technology reason for cooperation, Bryan Clark, a naval analyst at the Center for Strategic and Budgetary Assessments, told USNI News on Monday.

China has a larger military force than Russia, but it is still trailing Russia and the West in terms of the sophistication of its missiles, radar, jet engine and electronic warfare technology. At the same time, Russia has had problems developing modern unmanned aerial vehicle technology, an arena which China has excelled, Clark said. While the military technology cooperation used to be one-way, in terms of UAVs China is “way ahead of the Russians,” he said.

The trade in those technologies has done much to define the new military cooperation between Beijing and Moscow.

But despite the increased military cooperation, Clark said the opportunity to absorb lessons from the more technologically sophisticated Russian Navy’s operations was too good an opportunity for the PLAN to pass up.

“The reality is Russia is very good at radar operation and electronic warfare,” Clark said.
“I wouldn’t be surprised that the Chinese would want to harvest that during the Vostok exercise.”

While monitoring an adversaries’ exercises with ships that can collect signals intelligence has been common practice for decades and is legal under international law, surveilling an ally while training alongside that ally in an exercise is an uncommon practice – uncommon, but this won’t be the first time China has deployed an uninvited surveillance ship to a friendly exercise. China was formally invited to participate in the 2014 Rim of the Pacific exercise, and Beijing sent four invited PLAN warships plus an uninvited Dongdiao AGI to track the exercise off the coast of Hawaii.