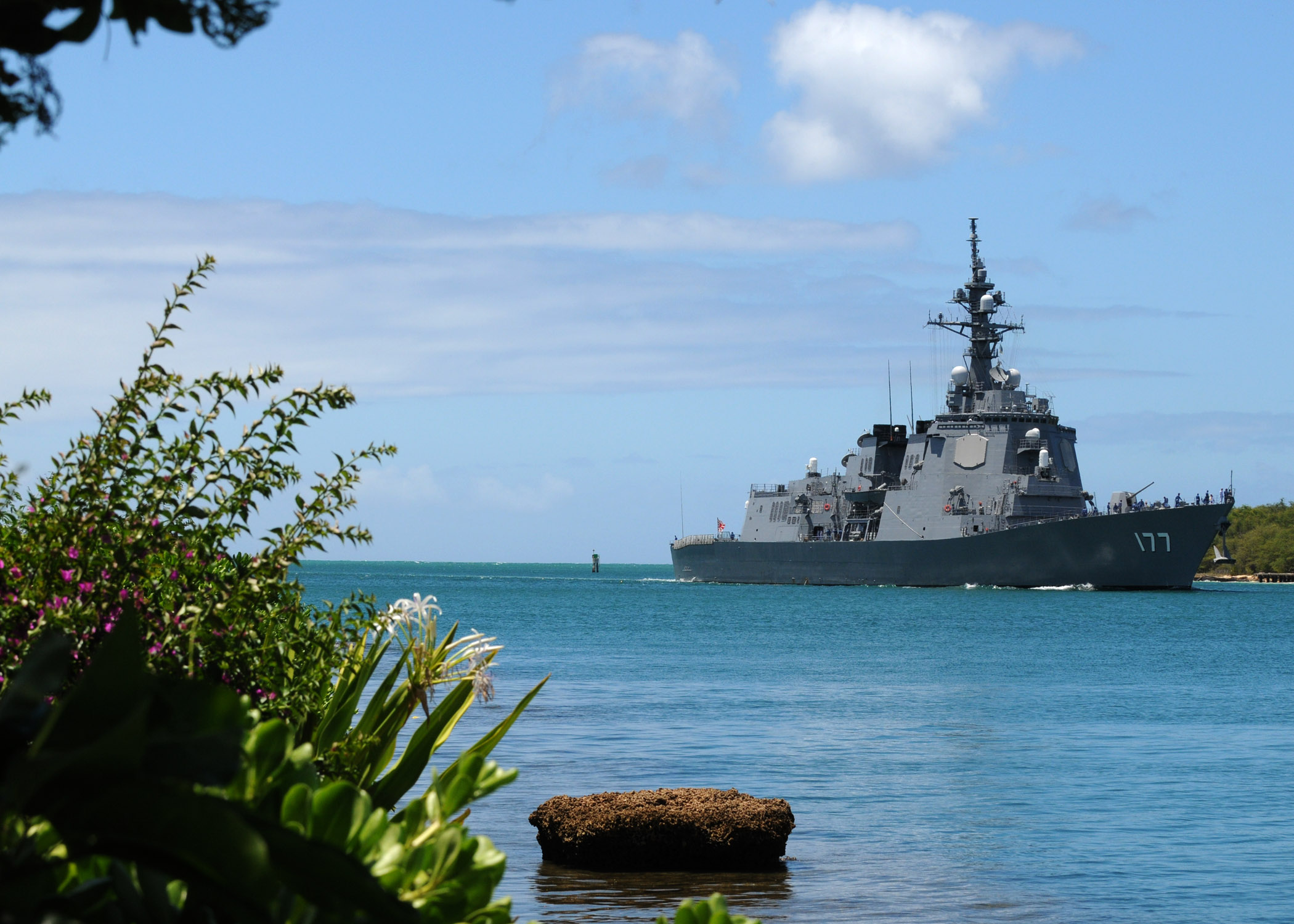 Atago’s combat system was recently upgraded to the Japan (J6) Aegis BMD configuration. Using that new capability, the destroyer showed off its sea-based midcourse engagement capability by detecting a missile target and successfully engaging it with the Aegis system and a Standard Missile-3 Block IB.

“At approximately 10:37pm HST on September 11, 2018, a simple separating ballistic missile target was launched from the Pacific Missile Range Facility at Barking Sands, Kauai, Hawaii. JS ATAGO crew members detected and tracked the target. The Aegis Weapon System then developed a fire control solution and a Standard Missile -3 Block IB Threat Upgrade (SM-3 Blk IB TU) missile was launched. The SM-3 successfully intercepted the target above the Pacific Ocean,” according to an MDA news release, which called the Japan Flight Test Mission-05 (JFTM-05) “a significant milestone in the growing cooperation between Japan and the U.S. in the area of missile defense.”

“This successful test is a major milestone verifying the capabilities of an upgraded Aegis BMD configuration for Japan’s destroyers,” MDA Director Lt. Gen. Sam Greaves said in the news release.
“This success provides confidence in the future capability for Japan to defeat the developing threats in the region. My congratulations to the Japan Maritime Self-Defense Force, our MDA team, and our industry partners. We are committed to assisting the Government of Japan in upgrading its national missile defense capability against emerging threats.”

Japan currently has four BMD-capable destroyers, with Atago having received the most up-to-date capability improvement. The Japanese government is committed to having eight Aegis-equipped destroyers and two Aegis Ashore sites – Prime Minister Shinzo Abe’s cabinet approved the Aegis Ashore purchase in December, though details are yet to be finalized. The four BMD ships today are responsible for round-the-clock protection of the country, but with the addition of the Aegis Ashore sites, Defense Minister Itsunori Onodera said in December that the fleet of Aegis destroyers would be freed up to take on more of a multi-mission portfolio. 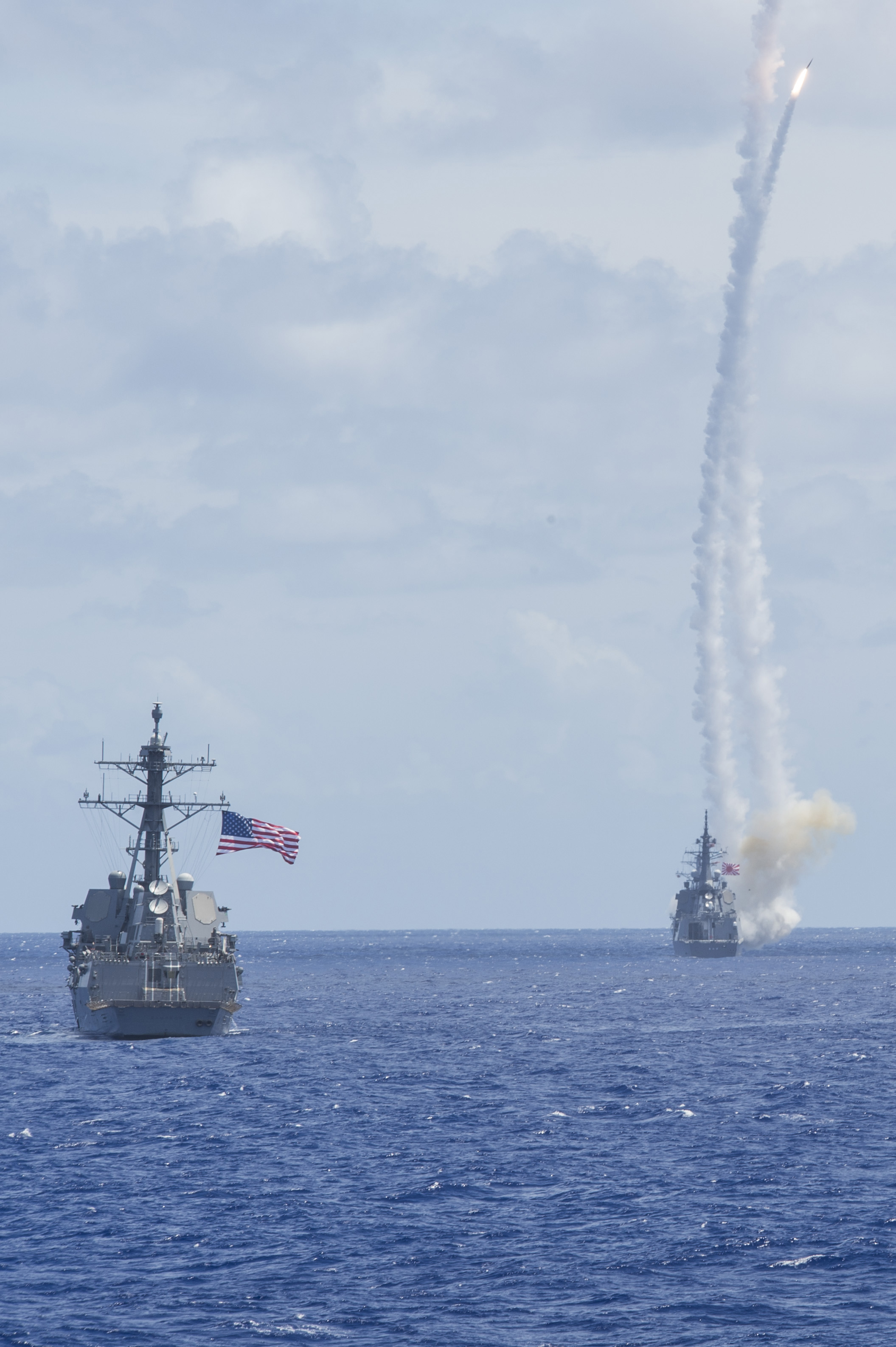 “Congratulations and thank you very much to all concerned with the test,” Rear Adm. Akira Saito, senior director general for the Operations and Plans Department in the Japan Maritime Self Defense Force and the on-site lead for the test, said in the news release.
“I believe the success of this flight test mission (JFTM-05) further strengthened the Japanese BMD system. We, the JMSDF and U.S. Navy, will enhance our relationship and cooperation to continuously promote our ballistic missile defense.”

In a separate statement, Mary Keifer, director of Lockheed Martin’s Aegis International Programs, said, “the tests show how flexible and versatile the Aegis Combat System is with other international navies around the world. Working with our allied nations, the Missile Defense Agency and the U.S. Navy depicts the interoperability of the Aegis Combat System in an integrated air and missile defense environment.”