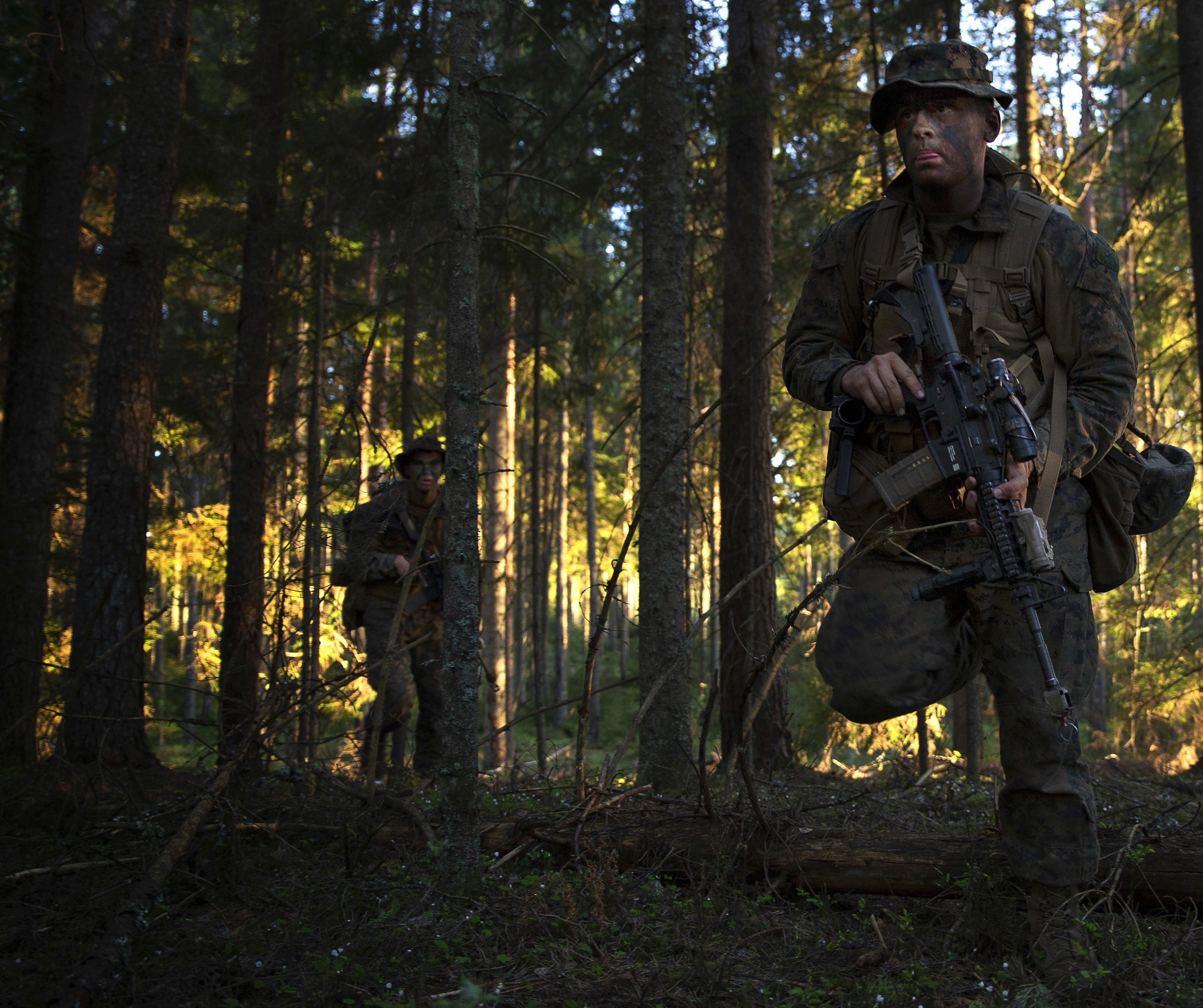 Marines and Sailors with Marine Rotational Force-Europe 18.1 advance to their assault position during a platoon counter-attack during Exercise Hedgehog at Tsooru, Estonia on May 9, 2018. US Marine Corps Photo

THE PENTAGON – For the past few years the Pentagon beefed up its ability to respond to Russian military action, and now it appears the rest of NATO is likewise willing to focus on protecting the alliance’s eastern frontier.

Through a variety of actions, U.S. military leaders have stated they are refocused on Europe, signified by increasing North Atlantic and Black Sea patrols and exercises, setting up new European-based missile defense systems and reestablishing U.S. 2nd Fleet.

NATO members have noticed, and now signed on in principle to the idea Russia should again be the alliance’s primary concern. During a wide-ranging press briefing Tuesday, Secretary of Defense James Mattis applauded NATO members for committing to his “Four Thirties” initiative, which is intended to respond in force within a month to any Russian threat in Eastern Europe.

“We also gained full commitment to what we call the Four Thirties: 30 air squadrons, 30 naval ships, 30 combat battalions all available to fight within 30 days,” Mattis said on Tuesday. 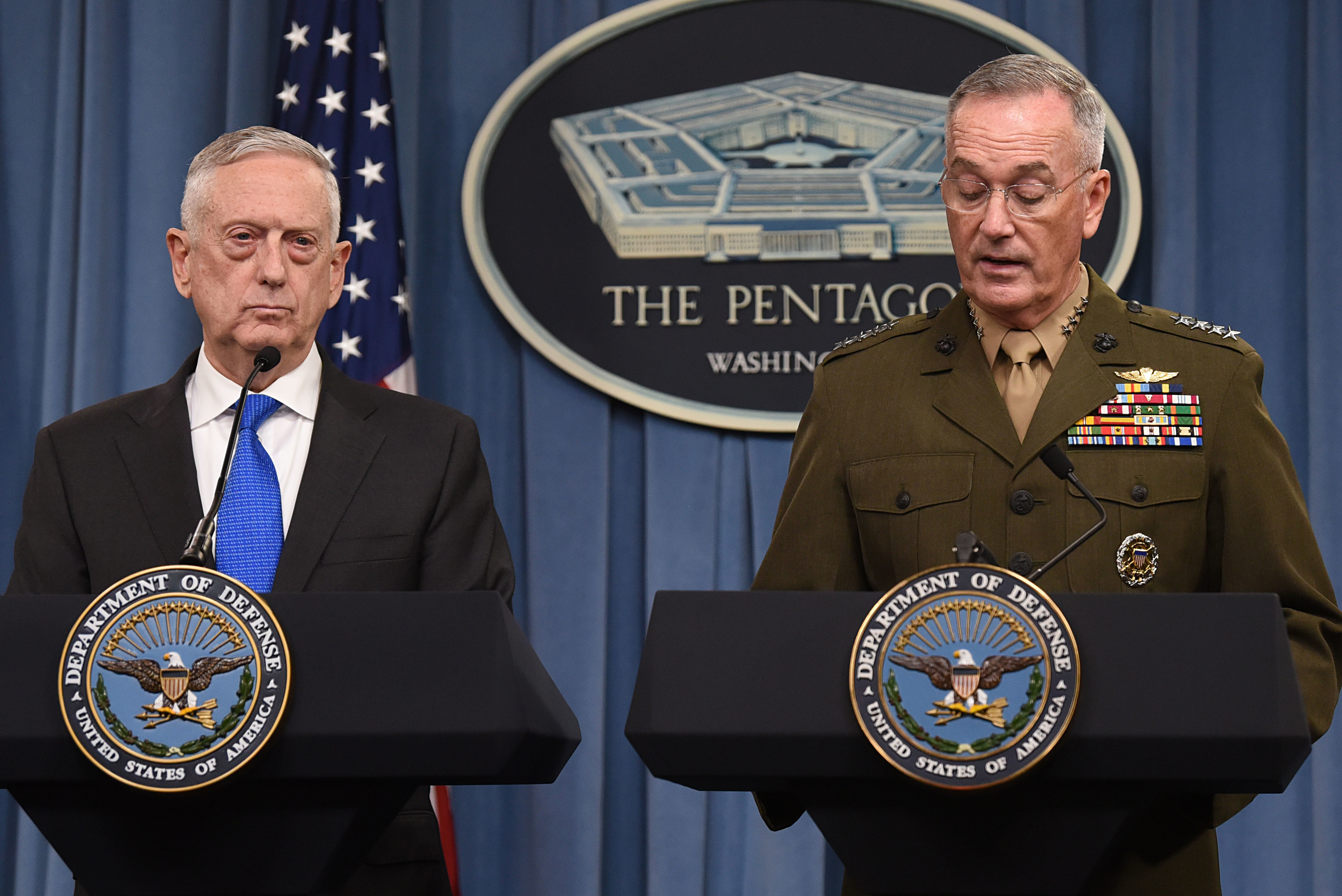 “Endorsement of the Four Thirties is a recognition that the alliance has to get serious about a contemporary threat posed by Russia and has to address high-intensity conflict. That’s an important recognition,” Ian Brzezinski, former deputy assistant secretary of defense for Europe and NATO policy during the George W. Bush administration, told USNI News. 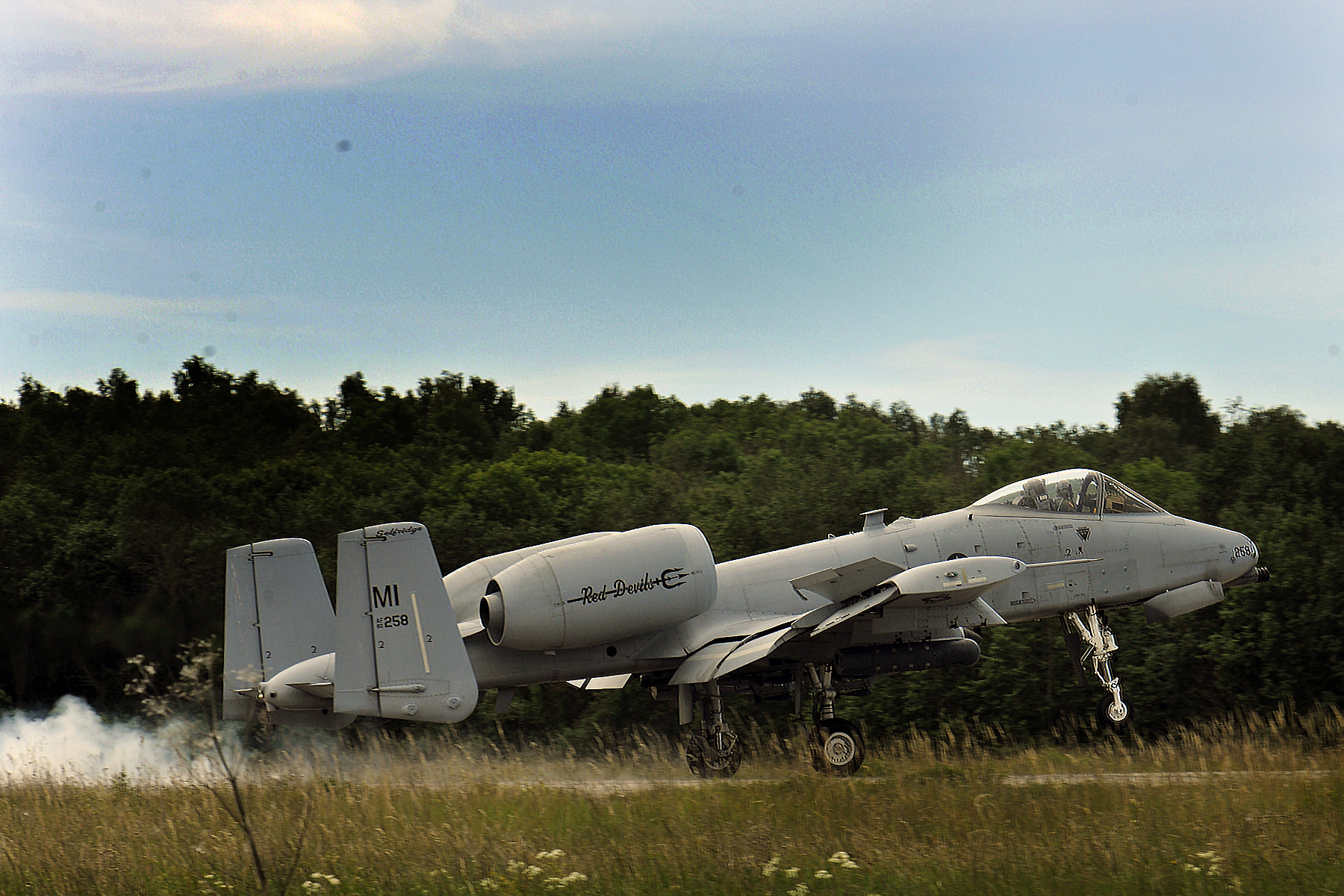 On a rural highway in northern Estonia, a pilot flies an A-10 Thunderbolt II attached to the 107th Fighter Squadron, Selfridge Air National Guard Base, Mich., from Lielvarde Air Base, Latvia, to practice landings and take offs, during the Exercise Saber Strike 18 on June 7, 2018. US Air Force Photo

While the Four Thirties initiative is significant for involving NATO, the U.S. military leaders can point to two recent adjustments — reestablishing U.S. 2nd Fleet and basing missile defense operations in Eastern Europe — as a reaction to Russian’s decade-long military retool. Both are examples of how seriously the U.S. military is taking a Russian threat.

“We couldn’t do all the missions that we do without our forward-deployed forces in Europe, and we couldn’t do this without partners, either,” Foggo said during his podcast. “When I talk about missile defense, let’s not forget the incredible collaboration we get from our Romanian partners with our missile facility in Deveselu, and we are building another missile facility ashore, and it’s like an Aegis-class ship ashore in Redzikowo in Poland.” 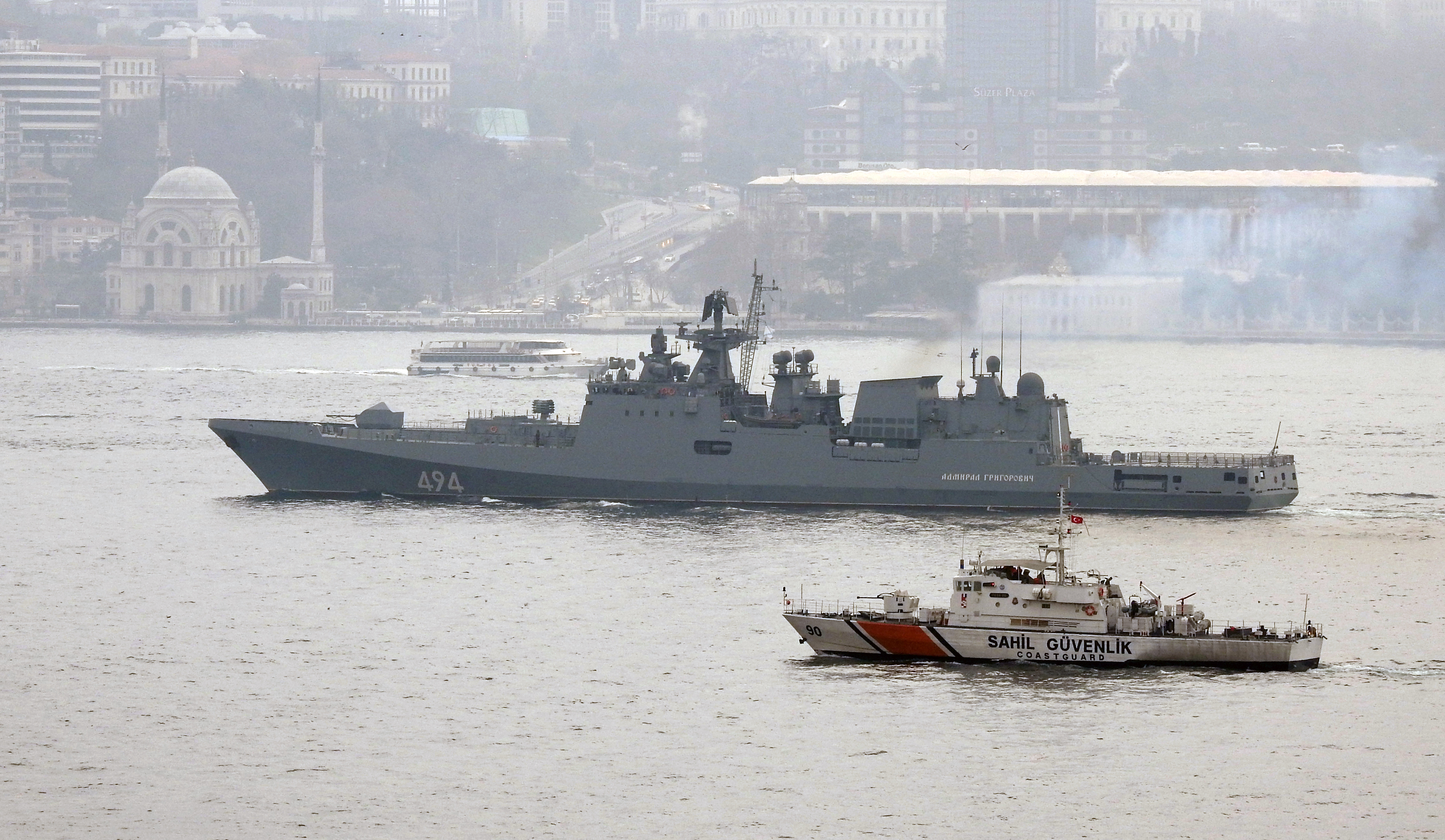 Meanwhile, less than a week on the job as U.S. 2nd Fleet Commander, Vice Adm. Andrew Lewis has already traveled to Naples, Italy, to meet with his colleague, Vice Adm. Lisa Franchetti, commander of U.S. 6th Fleet and of Naval Striking and Support Forces NATO.

U.S. 2nd Fleet will be in charge of ships, aircraft and landing forces assigned to the U.S. Atlantic Coast, according to the Navy. U.S. 2nd Fleet will also oversee the training and certification of combat-ready naval forces for operations around the globe. 6th Fleet conducts a wide range of operations promoting security and stability in Europe and Africa.

“Our relationship with 6th Fleet and Naval Force Europe is extremely important as we mobilize the Navy and our fleets to meet the challenges of the global security environment,” Lewis said in a statement released during his visit to Naples. “We look forward to working closely with Vice Adm. Franchetti and her team to provide seamless command and control across the Atlantic.”

NATO’s challenges are ongoing. On Sept. 1 Russia kicks off a large Mediterranean-based naval exercise, involving 25 warships and 30 aircraft, according to a report by the Russian government-controlled TASS news agency.

Later in September, Russia plans to start Vostok 2018, its largest exercise since the Cold War, reportedly involving approximately 300,000 troops, 36,000 tanks, and more than 1,000 aircraft, according to a BBC report.

NATO doesn’t run similar large-scale exercises, said Brzezinski, who is currently a senior fellow with the Scowcroft Center for Strategy and Security at The Atlantic Council. The Four Thirties initiative, he added, signifies a step in the right direction because it puts NATO back in a pre-1989, pre-fall of the Berlin Wall mindset, focused on high-intensity combat operations. 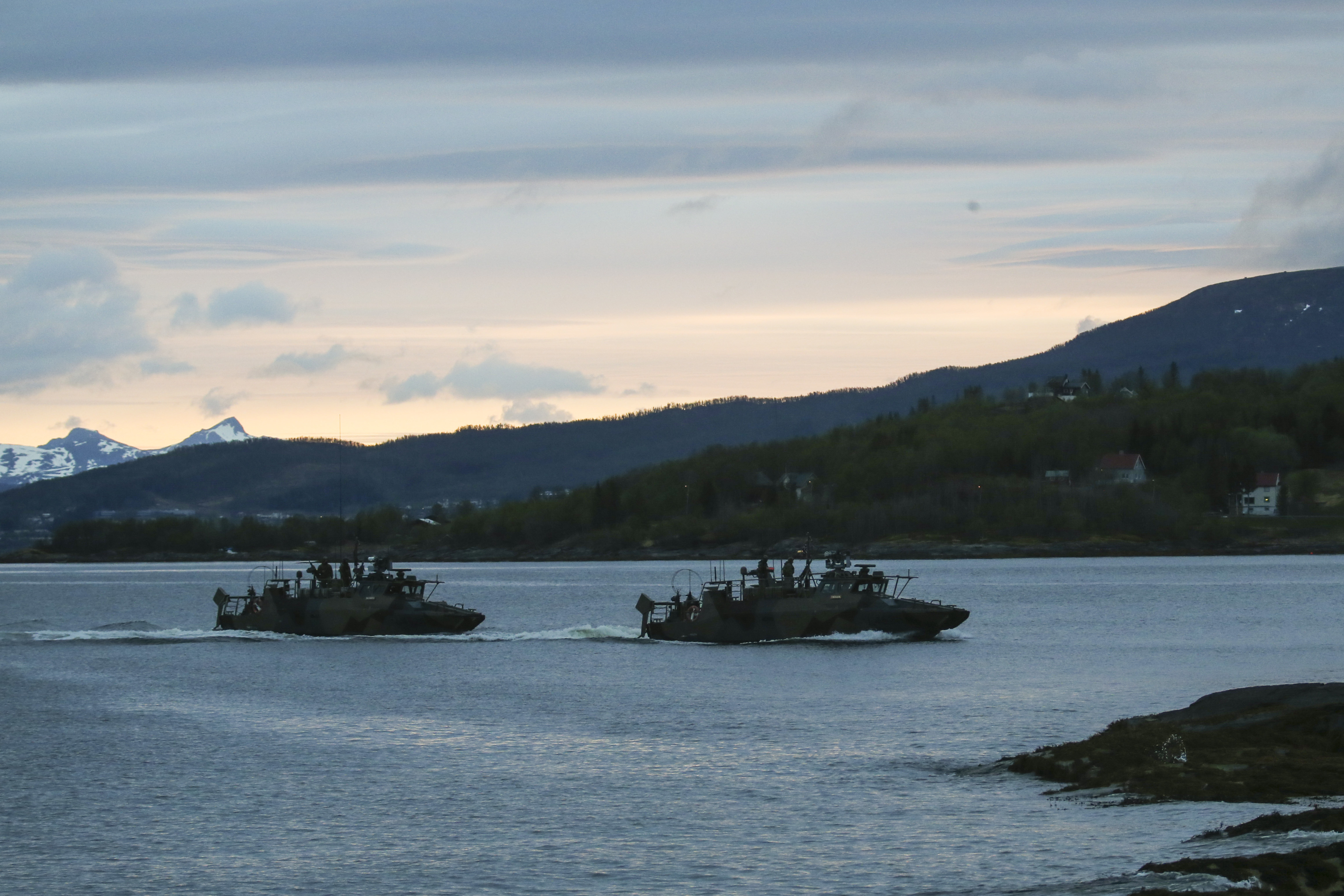 After the wall went down and the Soviet threat dissipated, Brzezinski said NATO concentrated on peacekeeping operations in the Balkans and counterinsurgency operations in Afghanistan. Increased Navy patrols in the North Atlantic and the Mediterranean and the continued operations in the Black Sea are all vital elements of countering what is a resurgent Russian threat.

“For NATO, the primary threat now, the primary focus should be the forces that Putin is bringing to bear on the Eastern Front, and that’s pretty significant,” Brzezinksi said.