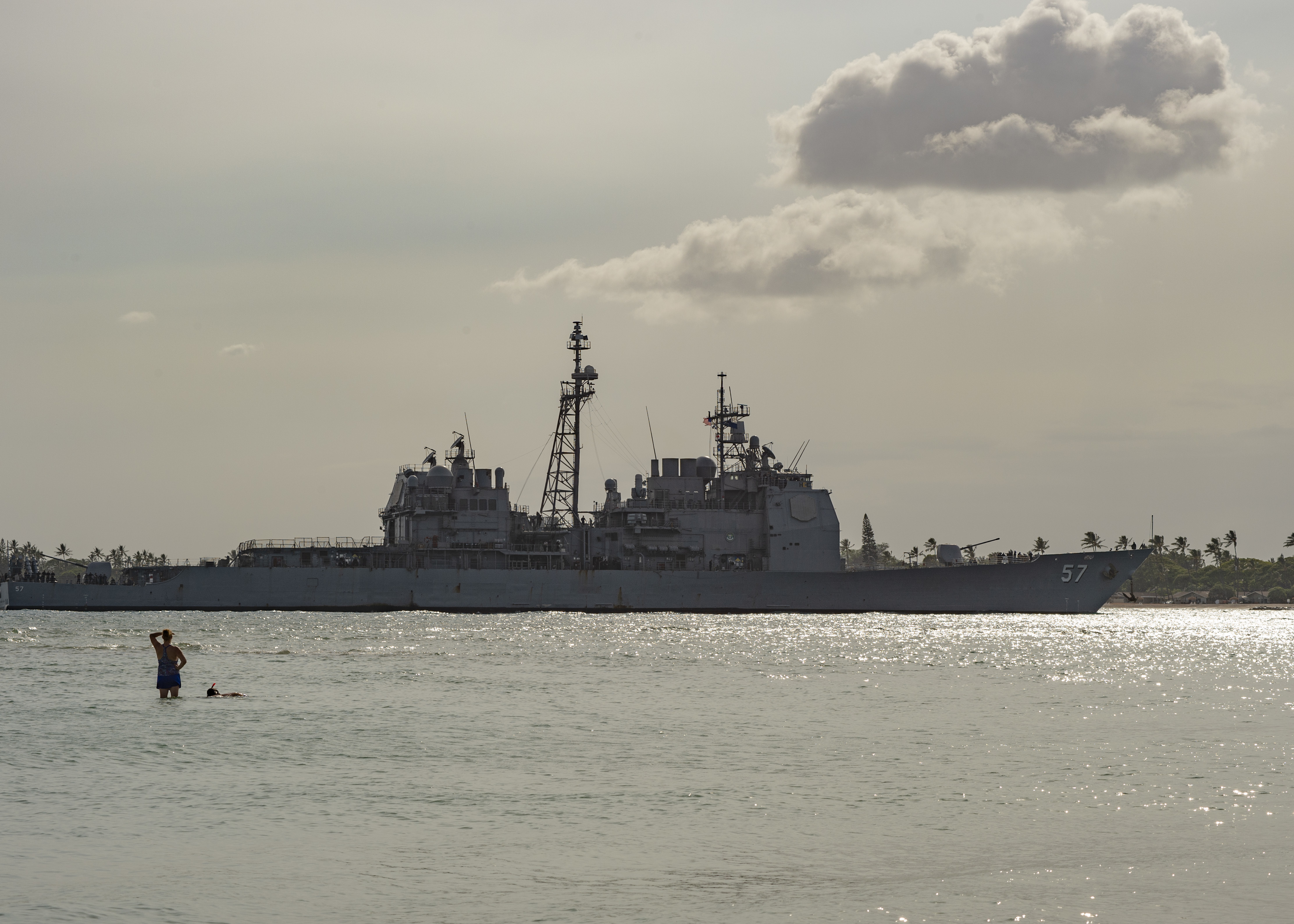 Two Navy installations on Hawaii and warships homeported in Pearl Harbor were unharmed by the passage of Hurricane Lane, Navy officials told USNI News on Monday.

Last week, Rear Adm. Brian Fort, commander of Naval Surface Group Middle Pacific ordered ships and submarines based in Hawaii to get underway to avoid the storm. Ships unable to leave were secured to avoid damage from the storm.

Rather than risk ships colliding while pier side, the Navy often sorties ships to sea in anticipation of rough weather to ride out a storm on the open ocean.

While Lane had dramatic effects on other parts of Hawaii, Oahu suffered less damage than anticipated and the ships that left for safety returned on Sunday.

“Ships that sortied during the advance of Hurricane Lane returned safely to Pearl Harbor Aug. 26.” Navy spokesman Bill Doughty told USNI News on Monday. “The storm caused no damage to ships or to our installations.”

The Navy’s Pacific Missile Range Facility on the island of Kauai was also unharmed by Hurricane Lane, Doughty said.

According to the Naval Vessel Register, Joint Base Pearl Harbor-Hickam is the homeport for 25 warships: 15 attack submarines, nine guided-missile destroyers and a guided-missile cruiser. Oahu also hosts P-8A Poseidon aircraft, Marine Corps Base Hawaii, headquartered at Kaneohe Bay. U.S. Pacific Fleet and U.S. Indo-Pacific Command are also based on Oahu. Additionally, the Pearl Harbor Naval Shipyard and Intermediate Maintenance Facility is on the island.

While Oahu and Maui suffered the edges of the storm, the Big Island was pelted with record rainfall resulting in landslides, evacuations and water rescues, according to The Washington Post.