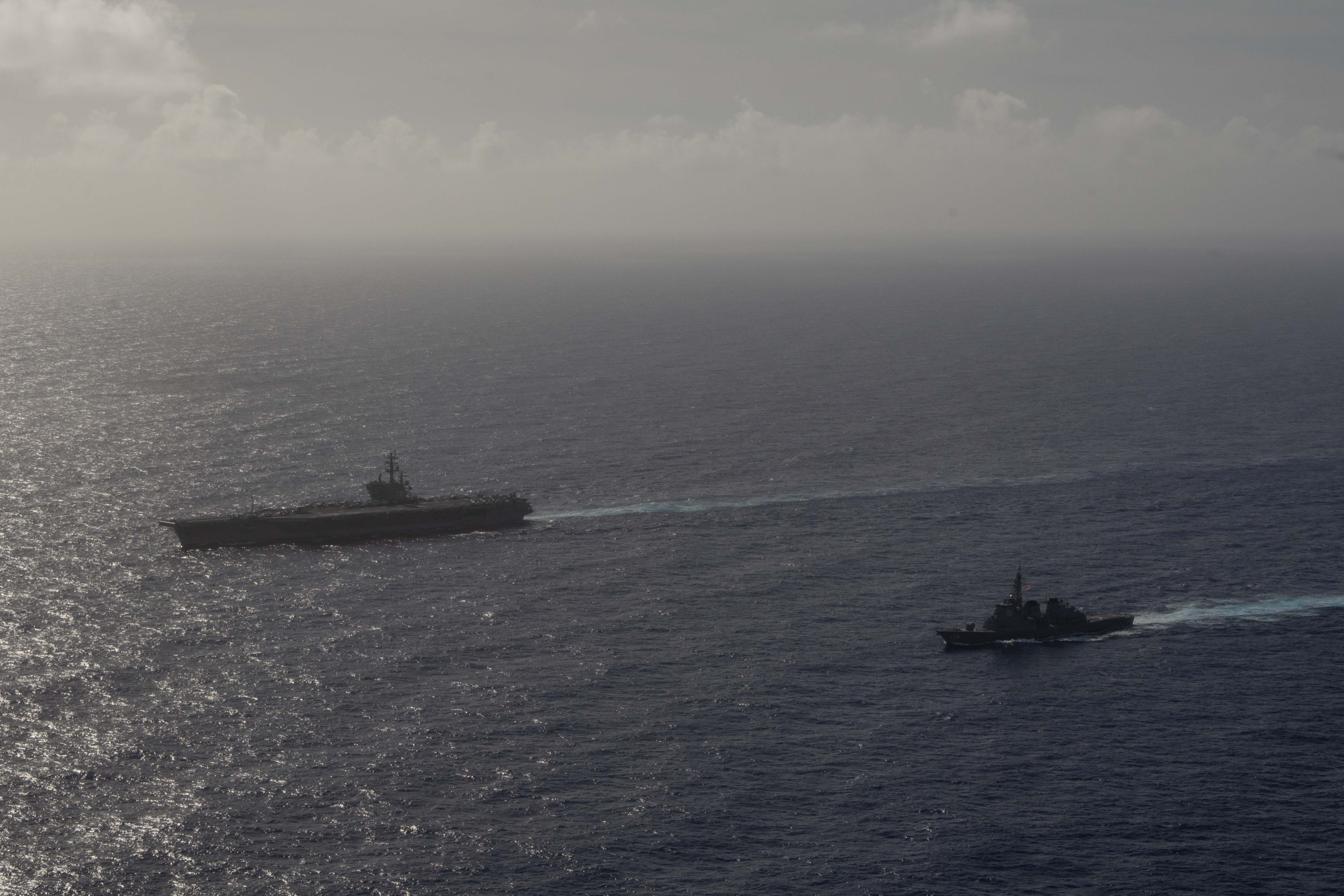 Reagan, flagship of the Ronald Reagan Carrier Strike Group (CSG), had spent the past few weeks in homeport at Yokosuka, Japan after completing a patrol on July 24, according to U.S. 7th Fleet. Now back at sea, Reagan is joined by Ticonderoga-class guided-missile cruiser USS Antietam (CG-54) and elements of the Japan Maritime Self-Defense Force, according to a U.S. Pacific Fleet statement. Arleigh Burke guided-missile destroyer USS Milius (DDG-69) was also reported to be part of the patrol, according to media accounts, first reported by Stars and Stripes.

Milius arrived in Japan in May, completing a reshuffling of ships to move upgraded guided-missile destroyers to the forward-deployed homeport in Yokosuka, as previously reported by USNI News. Before departing its former homeport of San Diego, Milius had the Aegis Baseline 9 combat system installed. This provides the ship with improved air defenses, ballistic missile defenses and surface and undersea warfare capabilities.

As part of the bilateral training, Japanese personnel from the commander of Escort Division 6 are embarked aboard Reagan. Meanwhile, sailors from both navies conducted a live-fire drill aboard Antietam, according to a Navy photo posted by Pacific Fleet. Also, the Japanese Kongo-class destroyer JS Kirishima (DDG-174) is operating as part of the CSG. 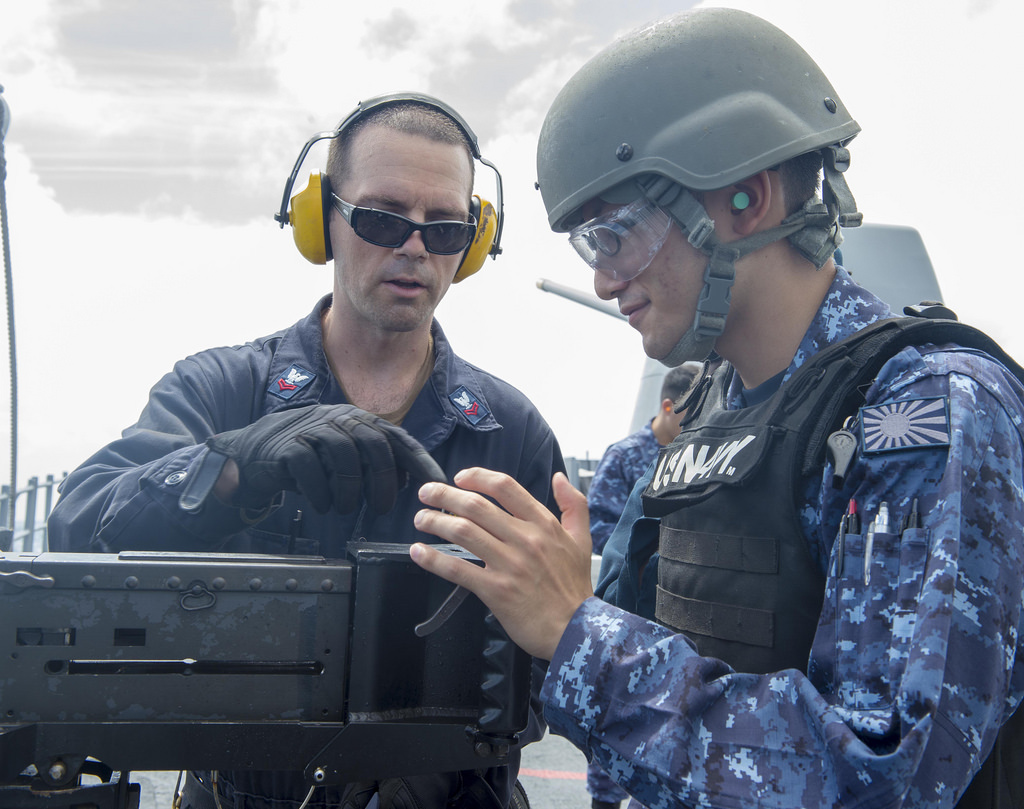 Kirishima, which has a ballistic missile defense capability installed, holds the distinction of being the first Japanese destroyer to participate in a U.S. Navy Aegis BMD mission, according to the U.S. Missile Defense Agency. In 2006, Kirishima successfully tracked a separating ballistic missile target. Kirishima has since successfully tracked and intercepted missiles during test events.