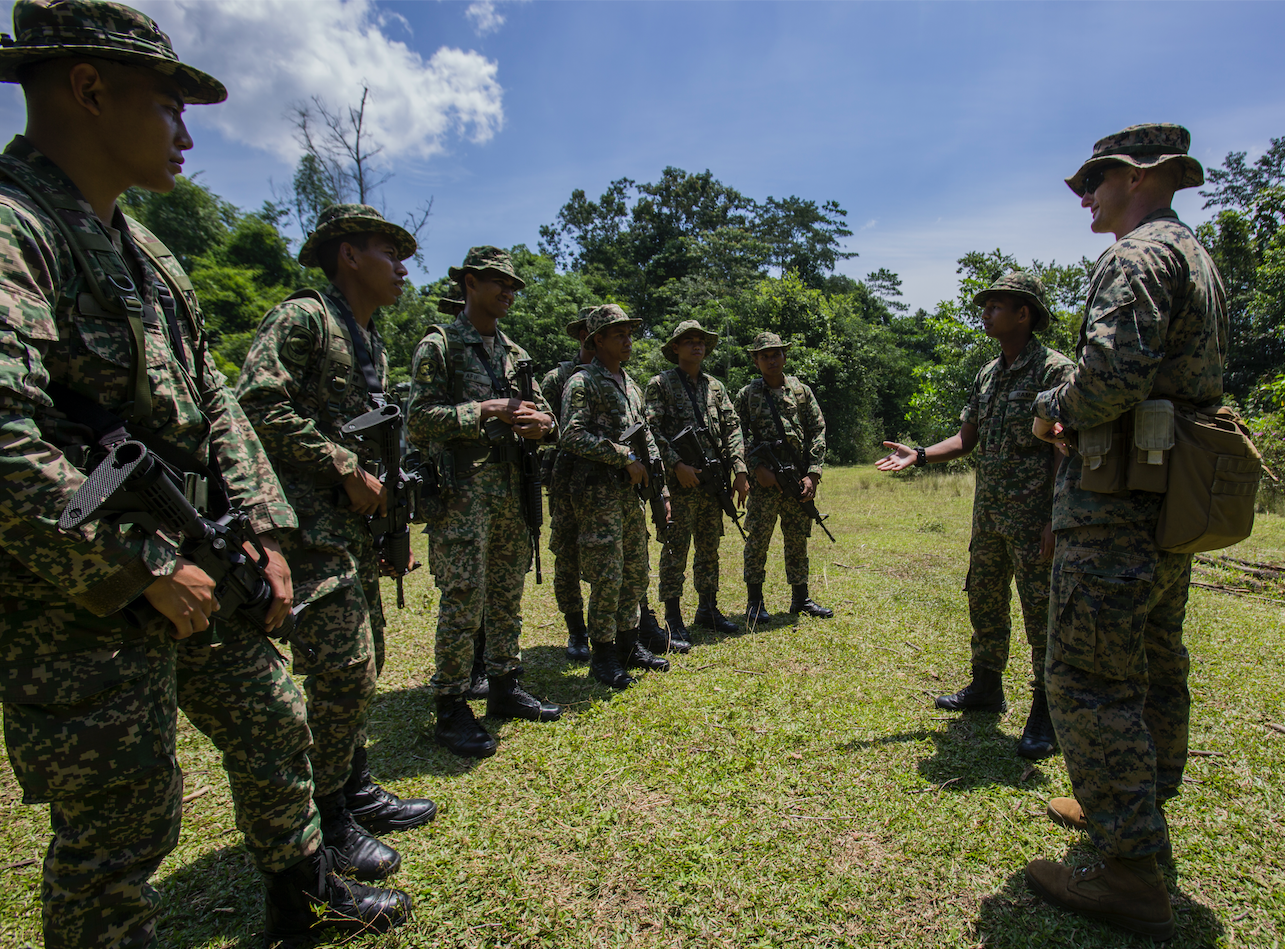 KULALA LUMPUR – Washington is in discussion with individual South-East Asian countries on what programs to support as part of the ongoing Maritime Security Initiative and the $290.5 million Foreign Military Financing (FMF) aid allocation for the Indo-Pacific region announced by Secretary of State Mike Pompeo on Aug. 4 at the ASEAN Regional Forum in Singapore. The FMF allocation is purposed towards strengthening maritime security, humanitarian assistance and disaster relief (HADR), and peacekeeping capabilities.

Randall Schriver, Assistant Secretary of Defense for Asian and Pacific Security Affairs said Wednesday, supported programs would be done on a case by case basis and subject to a number of factors, “We’re going to look at each partner country case by case and see where the requirements may be, I think as a general matter, given the security dynamics in the South China Sea and the Indo-Pacific as a whole, there’s an emphasis on helping countries develop Maritime Domain Awareness (MDA) and improving maritime security so we’ll look at it case by case and see where the requirements are and see how we can best use those funds to help countries strengthen their capabilities in those areas.”

Indonesia, Malaysia, the Philippines, Thailand and Vietnam are listed as the priority countries for MSI programs.

Schriver declined to provide specific details of programs for South East Asian countries under MSI and the additional FMF allocation but he did say the programs would comprise of a mix of equipment provision, training, capacity building and helping countries to better structure or prepare their organizations to deal with contemporary security challenges.

“This is a collaborative effort, we want programs that are meaningful for the recipient countries, programs that fit in well with their overall defense plans,” he said.
Countries under MSI are looking at not only boosting their maritime awareness capabilities but also move towards sharing information with regional neighbors, he said. 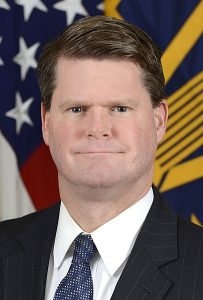 “There’s a lot of interest in MDA and how that can ultimately lead to greater connectivity with like-minded countries who are also developing MDA, the challenge of maritime security is inherently multilateral, so the first step is having awareness of one’s own sovereign area and [Exclusive Economic Zone], and beyond that, the ability to have connectivity with others in the region who share an interest in promoting maritime security.”
In regard to Freedom of Navigation Operations (FONOPs) in the South China Sea, Schriver pointed out that FONOPs was part of a global program through “most prominent right now are the operations in the South China Sea but it’s certainly not limited to that,” he said. “We’ll continue to do FONOPs as long as there are expansive claims that we regard as illegitimate and not based on international law and that would include in the South China Sea but we won’t get into specifics about future plans.”

Schriver said later that as part of the U.S. response to China’s activities in the South China Sea, the U.S would continue FONOPs and would pull in like-minded countries for presence operations , “ countries who may not be willing to do a 12 nautical mile challenge but are willing to do presence activities in the South China Sea” though he did not name the countries. He added that the U.S would also increasingly conduct activities outside of the military sphere, citing as an example activities on the diplomatic side via the State Department, one of which includes providing assistance to some of the South China Sea claimants in regard to their legal claims there and conducting negotiations to resolve claims there peacefully should it be required.

Schriver’s visit to Kuala Lumpur on August 14 marked the first time a senior DOD official has officially visited Malaysia since the new Malaysian government came into power following its May general election victory. He met with Malaysian Deputy Defence Minister Liew Chin Tong and the Chief of the Royal Malaysian Navy, Admiral Ahmad Kamarulzaman in which defense cooperation between the two countries were discussed informally.

A formal meeting between the United States and Malaysia, known as the Malaysia-U.S Strategic Talks is scheduled in the fall. The talks determine the scope of military cooperation and activities between the two countries. So far the Malaysian government has not given any indication as to whether they wish to continue at the same level of activity and cooperation or to decrease or increase cooperation and activities. There is the possibility that owing to the troubled fiscal situation inherited from the previous government, the current government may limit the defense budget allocation and constrain the Malaysian Armed Forces from conducting too many exercises and cooperation activity in 2019.

In the meantime, ongoing activities and exercises between the two countries are proceeding as normal. The Malaysian Armed Forces and the U.S Navy are currently carrying out the Malaysian phase of the Cooperation Afloat Readiness and Training (CARAT) exercises around the Malaysian coastal city of Kota Kinabalu in East Malaysia.

The exercise began last week with expeditionary fast transport ship USNS Millinocket (T-EPF-3)and a P-8A Poseidon maritime patrol aircraft would conduct nearly a dozen at-sea exercises with the Royal Malaysian Navy. A detachment of Marines from the 3rd Marine Division is also conducting small unit exercises and tactical training with Malaysian soldiers. USS Essex (LHD-2) is also involved in the exercise though the U.S. has not highlighted the involvement.

However, Malaysia’s Joint Force Command Headquarters which holds the responsibility on posted on social media that Marine F-35Bs Lighting II Joint Strike Fighters operating from Essex had conducted airstrikes at the Kota Belud air weapons range in East Malaysia. Marine aircraft have previously carried out similar training at the Kota Belud range in previous exercises but this marks the first time that F-35s have used the range. An amphibious landing exercise by 13th MEU marines embarked on Essex and the Malaysian army is expected to be carried out before the exercise concludes on 20th August.