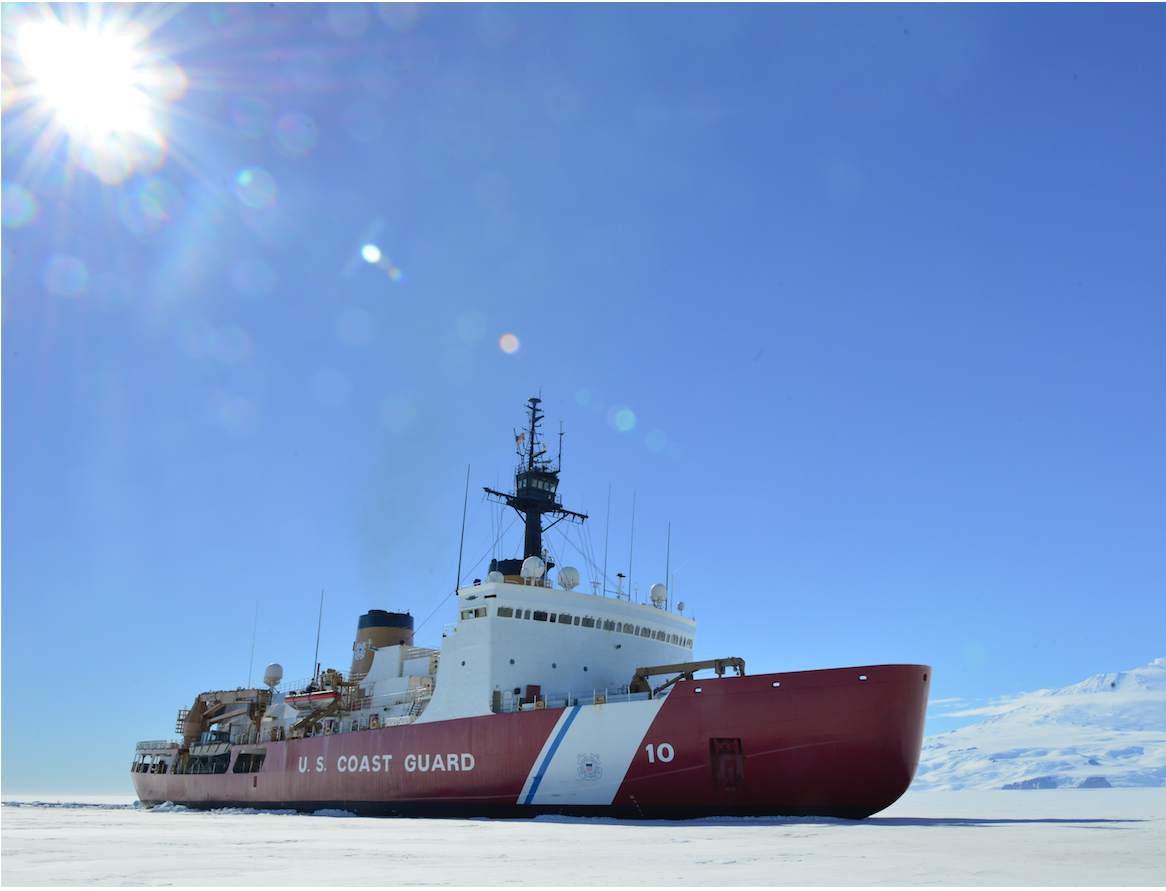 WASHINGTON, D.C. – Fiscal Year 2019 money for a Coast Guard heavy polar icebreaker is frozen on Capitol Hill, but the service’s commandant is optimistic the project will ultimately be funded.

The Senate’s Fiscal Year 2019 Department of Homeland Security appropriations bill includes $750 million for the heavy icebreaker but the House version zeroed-out the heavy icebreaker money for the year to make additional funds available for building a barrier along the U.S. southern border.

However, there is still time to make the case for restoring polar icebreaker funding, Adm. Karl Schultz, the new Coast Guard commandant, said on Wednesday at a Maritime Security dialogue hosted by the U.S. Naval Institute at the Center for Strategic and International Studies.

“The Senate marked up their version of the project and the $750 million (for a heavy icebreaker) was still in. That bill has to be conferenced,” Schultz said, referring to the process where members of both the Senate and House iron out differences in their appropriations bills before each chamber votes on the new unified version.

The process is long and because of some of the contentiousness surrounding funding for Department of Homeland Security programs, Schultz said there’s a strong chance a final bill will not be considered until after the fall midterm elections. Along with overseeing the Coast Guard, DHS is in charge of several agencies governing immigration, customs and border control.

Building a heavy polar icebreaker has strong support inside the Trump administration, Schultz said. His superiors – both the secretary of Homeland Security and President Trump – support the project. Trump even mentioned the project during his remarks at the June 1 change of command when Schultz took charge of the Coast Guard.

“I’m pleased to report that the Coast Guard is now on course to receive its first new heavy icebreaker in more than forty years, and plenty other ships, and boats, and equipment, and everything you need,” Trump said during the ceremony. 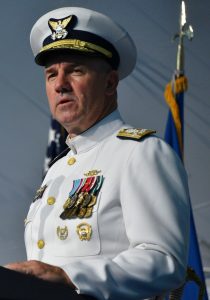 Currently, the U.S. only has one heavy icebreaker, USCGC Polar Star (WAGB-10), which was commissioned in 1976. The ship is approaching the end of its anticipated life expectancy, but a replacement, if funded now, would not be ready until 2023.

When Polar Star is not at sea, Schultz said the icebreaker is in the shipyard preparing to go back to go back. Plus, if Polar Star had a major system failure in the Arctic, the Coast Guard would not be able to rescue the vessel because it lacks the capability to perform such a mission.

Meanwhile, other countries are staking claims to the polar regions. While not considered an Arctic nation, China still regularly sends vessels to the region. Russia has a fleet of roughly 40 heavy icebreakers, and Schultz said the regional rival is developing nuclear-powered heavy icebreakers. In 2016, Russia launched Arktika, a 568 foot-long icebreaker powered by two nuclear reactors, according to press reports.

Considering the future heavy polar icebreakers will be called onto to perform a variety of missions, including being used to solidify U.S. claims to undersea mineral and fishing rights in the region, Schultz said he’s also considering changing the ship’s class description.