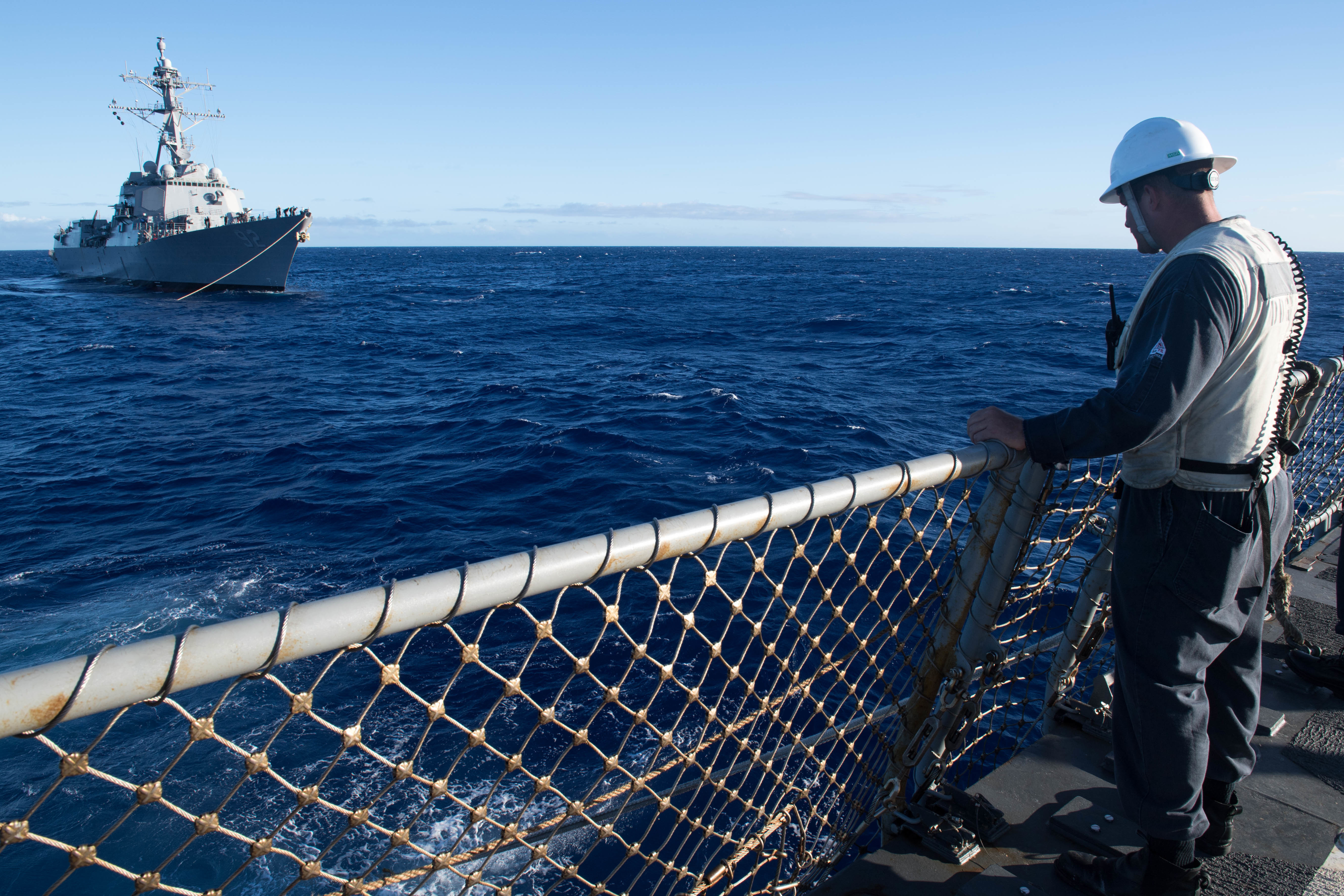 This post has been updated to clarify a provision that would change the timing of a warship’s Board of Inspection and Survey (INSURV) inspection. The bill calls for “minimal notice” for INSURVs, not “no notice.”

The Senate and House armed services committees agreed on several major reforms to Navy’s surface forces as part of the fiscal year 2019 National Defense Authorization Act in reaction to the two fatal collisions of warships in the Western Pacific.

The bill that left conference Monday includes provisions for a clean-sheet study on chains of responsibility for naval operational forces, the creation of a logbook system to record watches for surface officers, a review of the Navy’s qualification to stand watch, a limit to how long a ship can be forward deployed, changes to how ships are inspected and expand the responsibilities of the Navy’s acquisition chief to include force sustainment responsibilities.

“As we have seen too often in recent months, the significant shortcomings in our Navy’s readiness can have disastrous results,” McCain said in a statement to USNI News in February. “The ship collisions… degraded the capabilities of our fleet, cost hundreds of millions of taxpayer dollars, and – most importantly – took precious lives. The status quo is unacceptable. Congress must provide the funding and oversight required to keep our military safe in peace and effective in combat.”

The Wicker-McCain provisions put into law several recommendations two internal Navy studies the service undertook in the wake of the death of 17 sailors from two separate collisions with merchant ships in the Western Pacific.

In total, the Navy found 111 areas to improve the safety and readiness of the surface force based on findings from studying the lapses that led to the two collisions and are currently working internally on a series of reforms via a group led by Vice Chief of Naval Operations Adm. Bill Moran and Under Secretary of the Navy Thomas Modly.

The measures, now in the final conference bill, are expected to pass with the larger NDAA later this year.