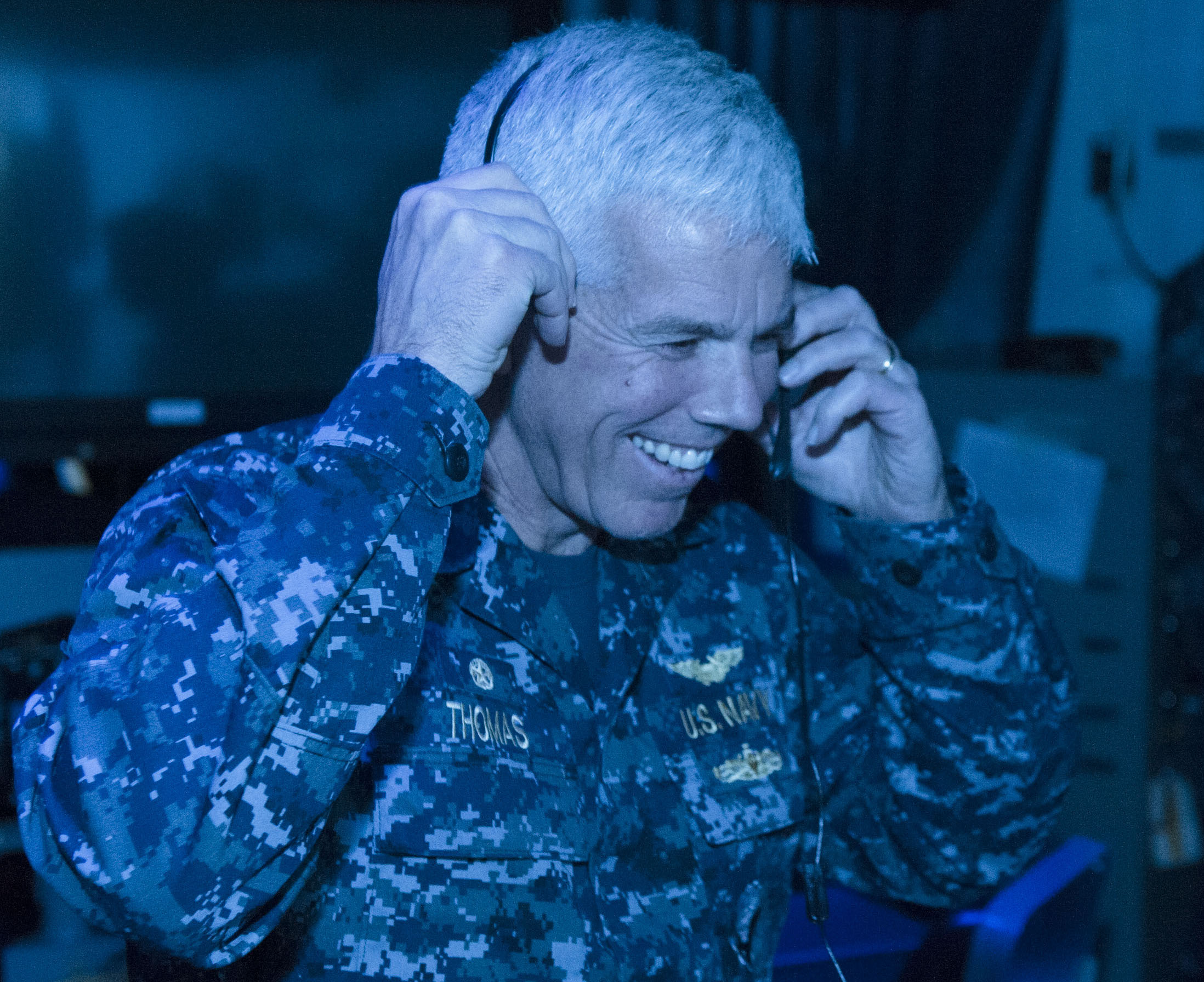 Rear Adm. Karl O. Thomas took command of the Japan-based Combined Task Force 70 and Carrier Strike Group 5 while flagship Reagan was operating in the Philippine Sea, the service said in a statement.

The dual-hatted command runs CSG 5 based around the Reagan as well as direct operational control of all CSGs and surface warships operating in U.S. 7th Fleet.

“I’m tremendously humbled to be standing before you,” Thomas said in a statement. “I have three simple priorities that we are going to work for everyday… Be prepared to fight and win, maximize every opportunity and take care of each other. If we do all those things right we are going to win as a team.”

Thomas replaces Rear Adm. Marc Dalton who is set to be the director of maritime operations at U.S. Pacific Fleet, according to Stars and Stripes.

“It has been my great honor and privilege to serve with you,” Dalton said in a statement. “We are ambassadors every single day; world events guide our missions and tasking. Your service matters every day and you have a responsibility that few Sailors experience with defending our nation and building good relationships with our allies.”

Thomas is the second commander in the role in less than a year following the fatal collisions of USS Fitzgerald (DDG-62) and USS John S. McCain (DDG-56). Both guided-missile destroyers were assigned to Destroyer Squadron 15 – a subordinate command of CTF 70 and CSG 5.

Dalton had replaced Rear Adm. Charles Williams who was removed from command of CTF 70 and CSG 5 about a month after the Aug. 21 McCain collision.