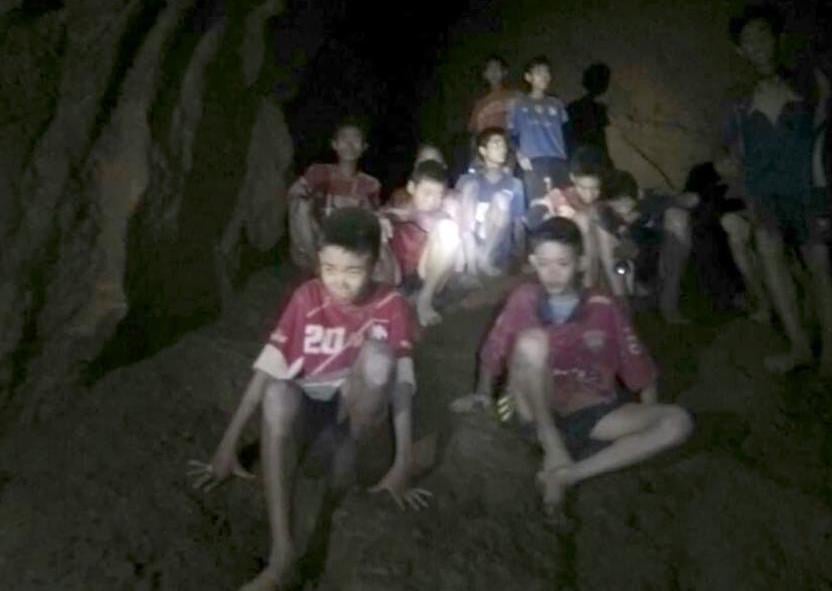 A British dive team found the 12 players and their coach on July 2, more than a week after they were declared missing, and the international search and rescue team is still considering options to get them out.

A team of more than 30 U.S. military personnel from the U.S. Indo-Pacific Command, including pararescue and survival specialists, arrived at the site late on Wednesday local time, NPR reported. Officials from INDOPACOM would not specify to USNI News which units were sent to assist Thai search and rescue efforts from Okinawa, but the U.S. Air Force’s 31st Rescue Squadron and 33rd Rescue Squadron are based at Kadena Air Base in Okinawa.

The boys and their coach were reported missing after practice on June 23. Family members suspected they entered the cave complex and were trapped by a sudden heavy rain, according to press reports.

“The American people join Thais in celebrating the dramatic discovery of the football team and their coach in Tham Luang cave,” U.S. Ambassador to Thailand Glyn Davies said in a statement. “We will continue to support Thai authorities in their relentless efforts to bring the 12 players and their coach safely out of the cave and reunite them with their families and friends.‎”

Now that the soccer team has been found, the first priority was bringing them food and first aid. For nine days, the team has had little to eat, according to Channel News Asia reports.

The team is in a chamber nearly 1 1/4 miles from the cave entrance and about a half mile below the surface, according to a statement from the British Cave Rescue Council (BCRC).

Two BCRC divers found the team. A team of divers, which was led by the Royal Thai Navy SEALs and also included Americans and Australians, ferried diving bottles and other supplies inside the cave complex to set up supply depots, according to the BCRC.

Rescue plans are still being developed. Rescue workers are trying to pump water out of the cave complex, and searchers are scouring the mountainous terrain to see if there are vents or other openings to use to reach the team, according to news reports.

Rescuers are considering training the teens to use SCUBA equipment – a risky option considering most of the boys do not know how to swim. Thai officials are also considering having the team wait until the rainy season ends and the water inside the cave complex recedes, likely in September or October, according to a BBC report.