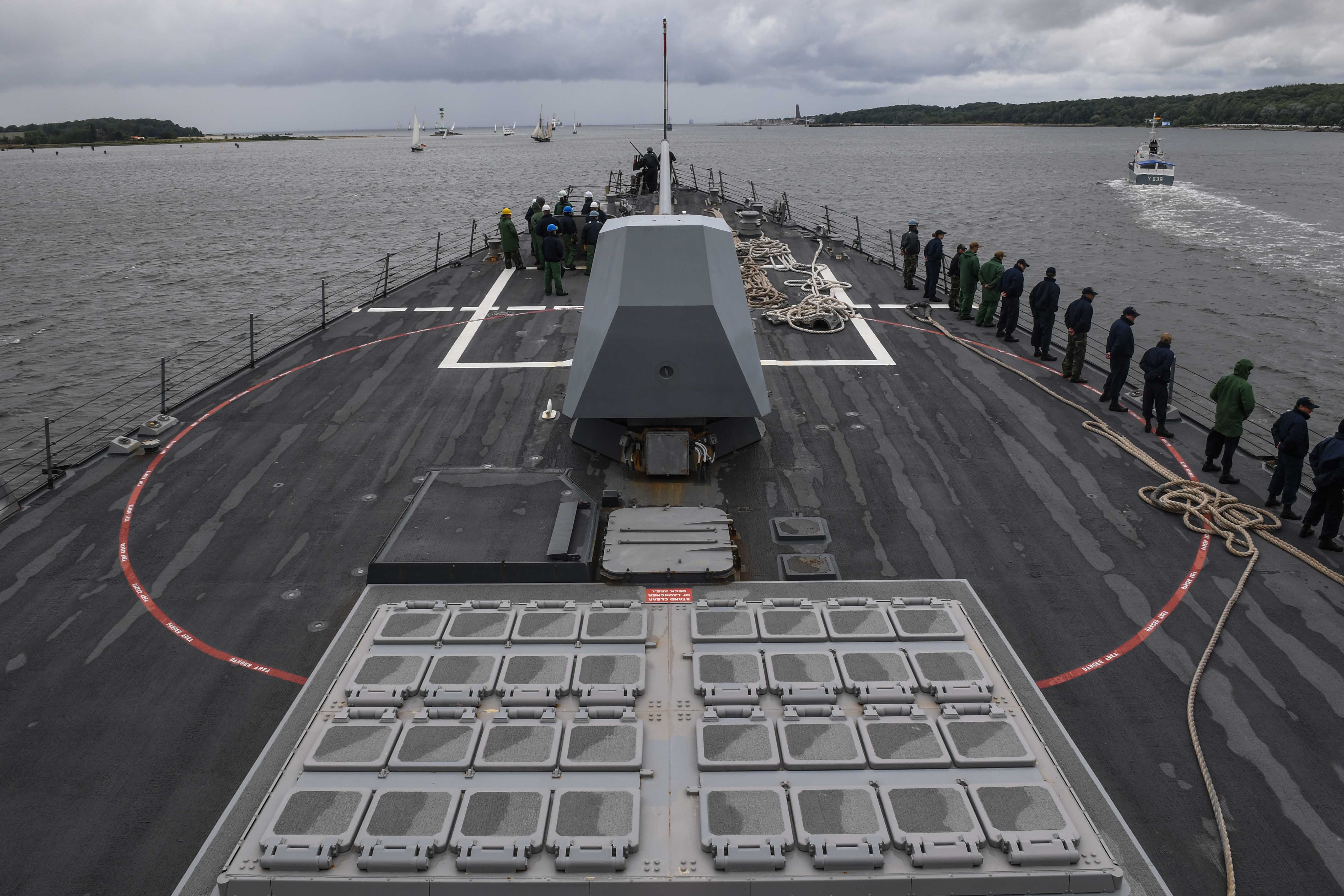 WASHINGTON, D.C. — The Navy hopes to bring the submarine community’s capability improvement process to its surface combatants, allowing for more continuous upgrades to the ships’ warfighting systems as the class builds out.

Whereas the Arleigh Burke-class destroyer program, for example, may buy 20 or 30 ships before moving to a new flight design, the Virginia-class submarine program buys boats in five-year block-buy contracts and adds in upgrades at the start of each new contract. By doing so, the submarine program makes clear to industry and government researchers when new capabilities could be inserted.

John Hootman, the deputy director of surface warfare on the chief of naval operations’ staff (OPNAV N96B), said during a panel discussion at the American Society of Naval Engineers’ annual Technology, Systems and Ships conference last week that he wanted surface combatants to conduct “every five years or so a block insertion” of new hard-kill and soft-kill weapons, sensors, computing capabilities and more. A Surface Combatant Capability Evolution Plan outlines upcoming capability improvement areas, and this five-year block insertion model would help guide the Navy and industry in managing the timing – much like a train coming to a station, Hootman said, those upgrades that were ready would jump onboard the next block improvement, and those that weren’t ready would continue to mature while they wait for the next one.

The Arleigh Burke-class guided-missile destroyer USS Dewey (DDG-105) is underway in the Philippine Sea on March 29, 2018. US Navy Photo

Rear Adm. Jim Kilby, director of warfare integration (OPNAV N9I), told USNI News after the panel discussion that it was too early to commit to an acquisition model for the Future Surface Combatant program or others, but that a multiyear contracting approach with block upgrades, like the Virginia program, would support Navy leadership’s vision for building its future fleet.

“This is a technology we want to get; when is the first time we can insert that technology from a contractual perspective or a technological perspective? … What do we have to do to insert that technology, and what do they have to do from a contract or [hull, mechanical and electrical] perspective to introduce it? That’s the future fleet architecture vision for us, that we want to look from like three to 15 years: let’s look outside the [five-year Future Years Defense Program], a little more predictable and thoughtful here as we move forward and look for those opportunities” to upgrade combat systems aboard surface ships.

Kilby added that the surface combatant, amphibious ship, and submarine communities have all drafted capability improvement plans, and he is seeking to integrate them all into a master plan that would guide overall investments for the warfighters.