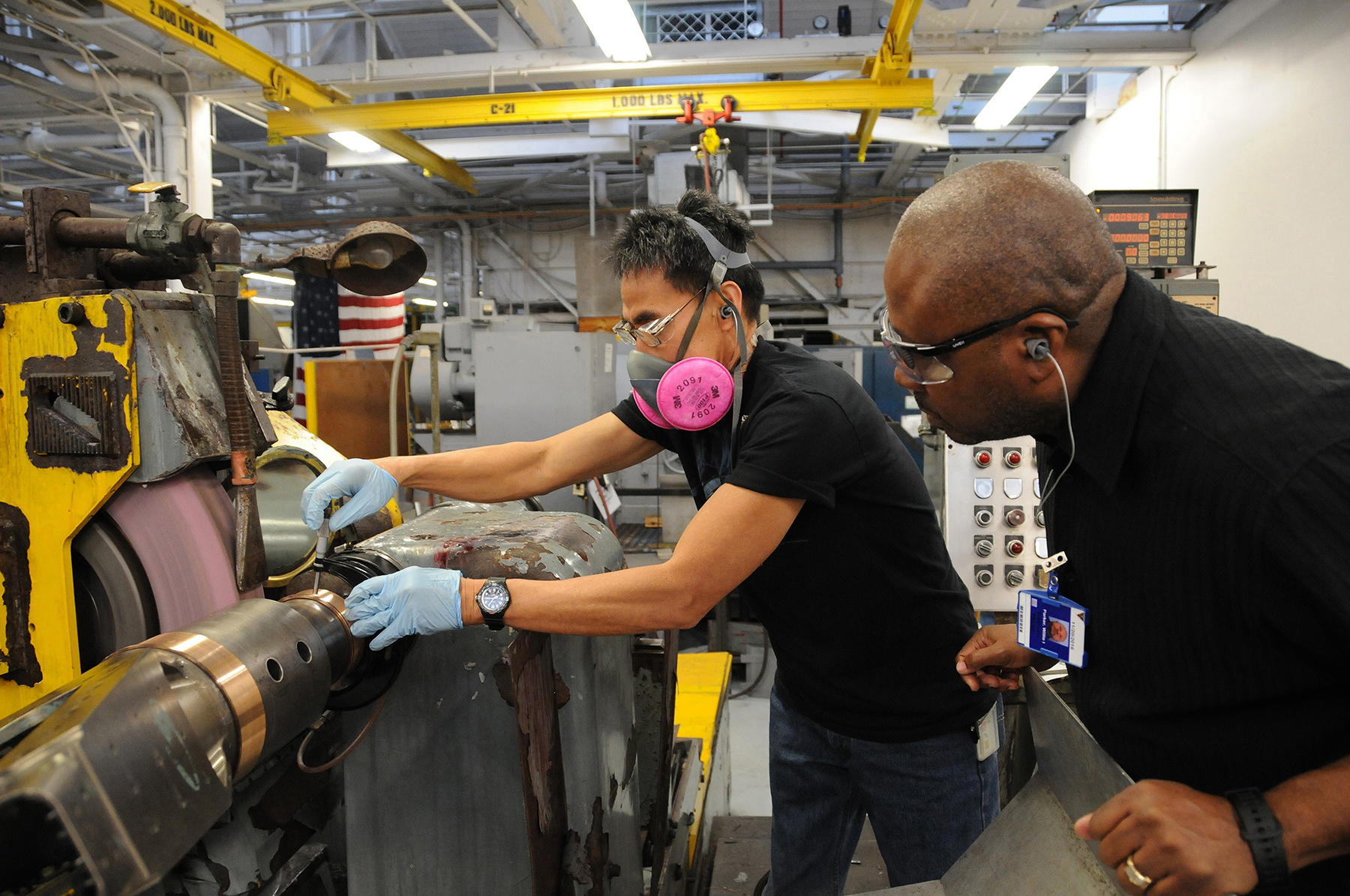 New NAVAIR Commander Vice Adm. Dean Peters said in a House Armed Services readiness subcommittee hearing today that a bump in funding in Fiscal Year 2018 allowed NAVAIR to make some repairs to the most critical test and support equipment at the three maintenance depots. But there is still a lot of work to be done to improve turnaround time and to modernize the depots.

For example, he told lawmakers, Fleet Readiness Center East at Marine Corps Air Station Cherry Point, N.C., has a water tower used to qualify nozzles for the T-64 engine. FY 2018 funding will allow that 50-year-old piece of equipment to be made more reliable – it was down for several months in 2017 and left FRC East unable to repair T-64 engines – but ultimately the Navy needs to replace the water tower system altogether with an airflow qualification system that the Air Force and virtually all others use for the engine nozzles.

Peters said the three depots have about 71,000 pieces of equipment, 800 of which are deemed critical – work stops if those items break. The critical equipment averages more than 25 years old, he said, with the facilities averaging 58 years old and half of them being older than 67 years.

“These are the type of things our artisans are working around. Our future investments in facilities and equipment modernization will be vital to ensure our organic industrial facilities have the capability and capacity to not only improve current performance but to support the next generation of aircraft and engines,” the admiral said.

Peters told USNI News after the hearing that NAVAIR will first “baseline” the 800 most critical components – which are about evenly spread across the three depots in MCAS Cherry Point, NAS Jacksonville and NAS North Island. The baselining process will help understand not only how old the equipment is but how reliable it is – with the oldest pieces of gear not always causing the most headaches, he said. Once the critical pieces of equipment are baselined, NAVAIR will start of the rest of the 71,000 pieces of equipment. The results of that baselining will inform the facilities modernization plan. 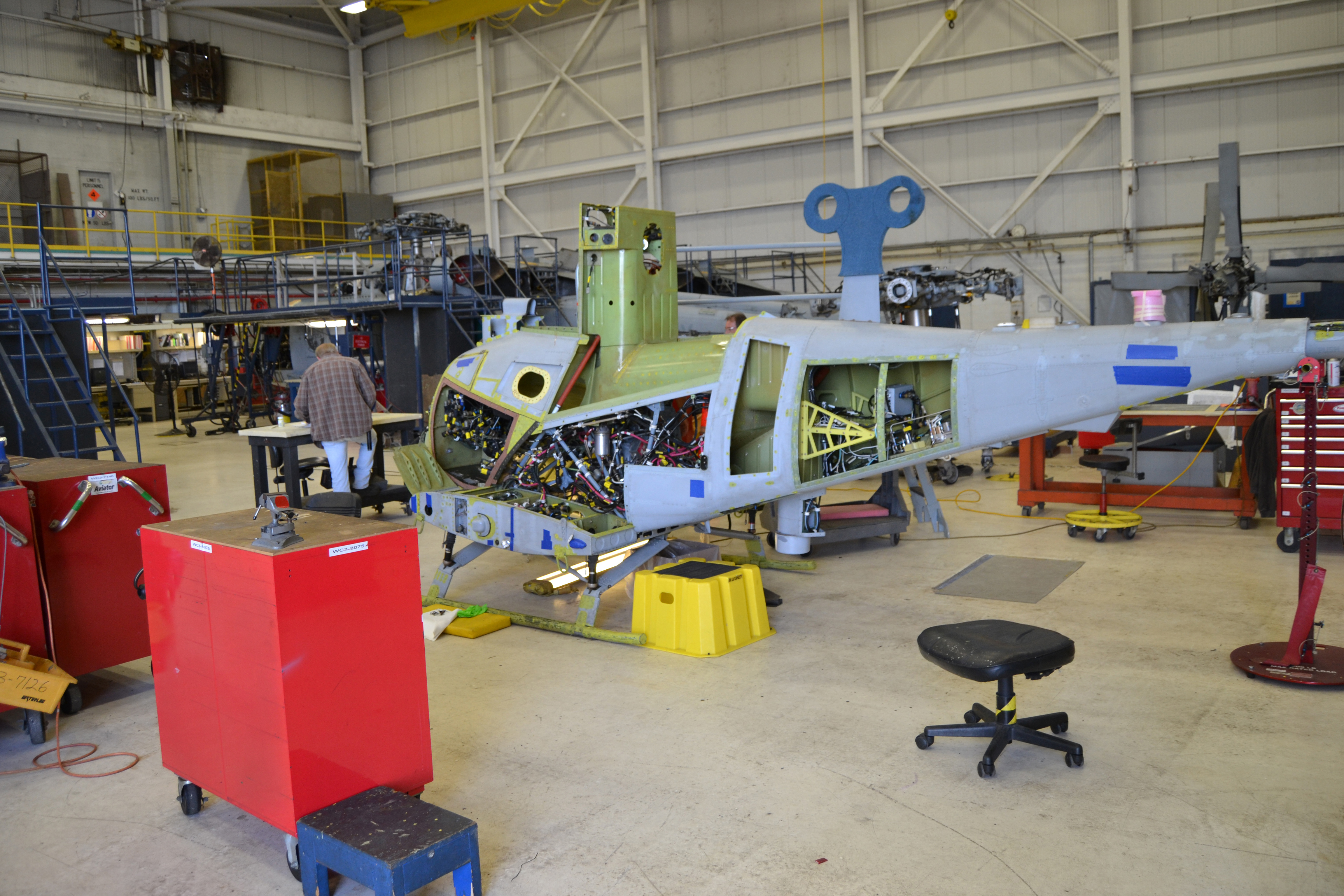 The last MQ-8B Fire Scout to undergo maintenance at FRCSE Detachment Mayport nears completion in March 2016. Fourteen Fire Scouts have been through the facility over the past 3 1/2 years. US Navy photo.

While the NAVSEA shipyard optimization plan had an extra wrinkle in it – the oldest public shipyards were created to build ships rather than repair them, so the yards are not only old but also poorly laid out to support modern ship repair efforts and the flow of people and materials to support that. Peters said the NAVAIR plan would not have to handle that aspect and would not attempt major overhauls of facilities design.

“We have the physical space, and over the last few years we have used AIRSpeed techniques and other Lean Six Sigma process to optimize the flow. So actually moving equipment to where it needs to be is not as much of an issue for our depots,” he said.

The FRCs have improved in recent years, and in FY 2017 for the first time in more than five years they met the fleet demand for aircraft and engines, Peters said during the hearing. That year the FRCs produced 485 of the 487 expected aircraft, including 69 F/A-18A-D legacy Hornets and more F/A-18E/F Super Hornets than the fleet required. The FRCs also reduced turnaround time by 5 percent that year. Over the last two years, they have reduced the backlog of aircraft requiring in-service depot-level repairs by 25 percent, meaning more planes are back in squadrons for training or fighting.

However, Peters said, the FRCs are not performing well on repairs and overhauls of other components, which accounts for 20 percent of their work and more than 50,000 parts. Peters said production on the component side is lagging by 20 percent, “which is better than previous years but still unacceptable.”