THE PENTAGON — During the run-up to the recent Shangri-La defense summit in Singapore, the U.S. Department of State’s lead for foreign arms sales pitched Indo-Pacific allies and partners on buying more American-made weapons systems.

Japan and India were the first stops on her trip, owing to both nation’s important strategic and purchasing importance. She also stopped at the recently concluded Shangri-La conference in Singapore.

“As they make their decisions on their programs, they want to take American companies seriously,” Kaidanow said of the military leaders from India, Japan, and other nations attending.

As State’s Principal Deputy Assistant Secretary for Political-Military Affairs, Kaidanow serves as a liaison between the U.S. government, U.S. defense contractors and foreign governments hoping to purchase U.S. systems. Kaidanow would not delve into specific weapons systems she discussed, but recent media reports and corporate executive comments suggest Lockheed Martin, builder of both the F-35 Lightning II Joint Strike Fighter and the F-16 Fighting Falcon, was among the firms discussed during her meetings.

India is in the market for a new fighter, to replace its aging fleet of Russian-made MiG fighters. Lockheed Martin is actively pursuing this contract, pushing its F-16 as a potential replacement. Media reports indicate Boeing is also pitching the Super Hornet for the business. Lockheed has sweetened their bid by adding the prospect of bringing jobs to India if selected, Marillyn Hewson, Lockheed’s chief executive, told analysts a week ago during the Bernstein Strategic Decisions Conference. 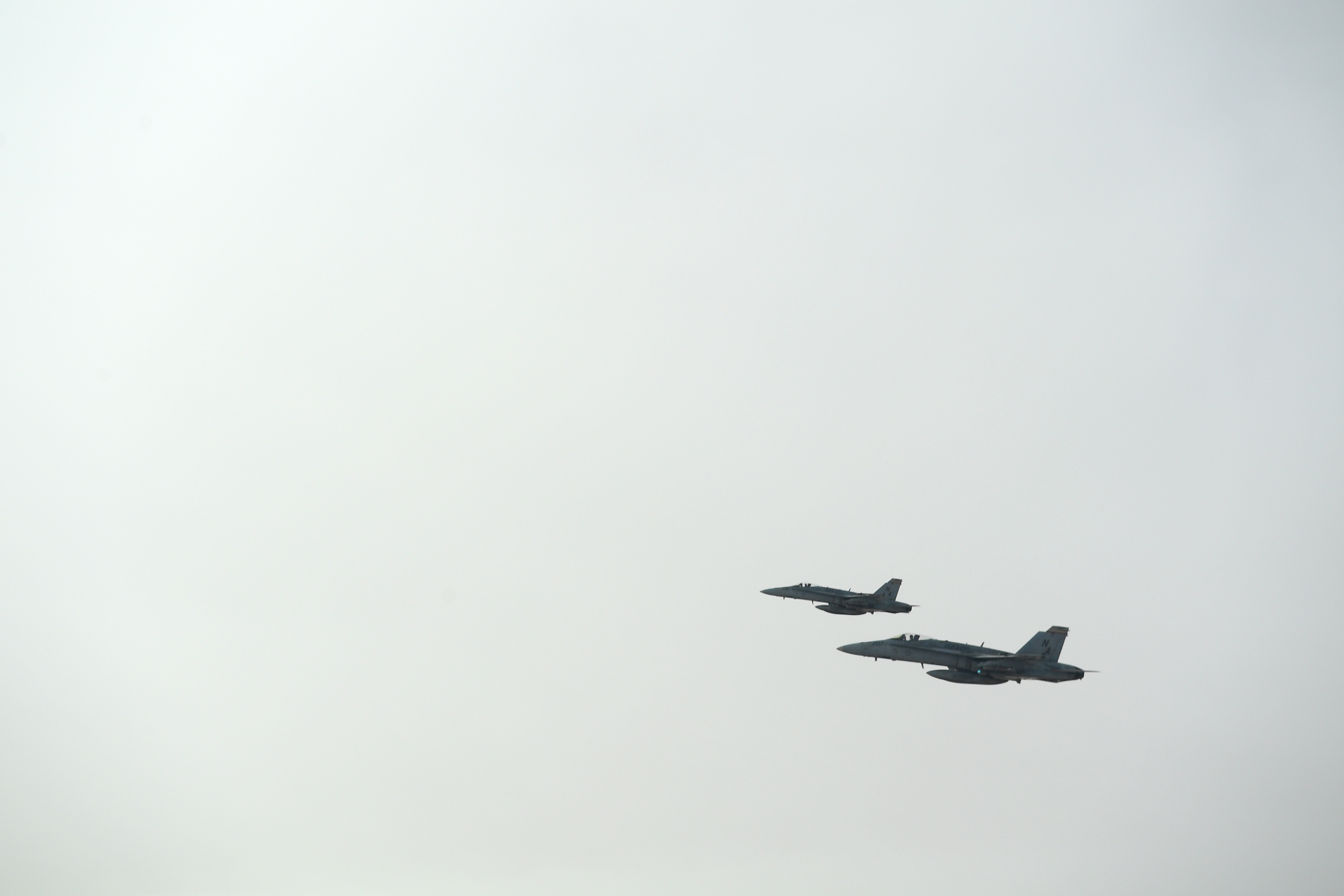 “If India were to select the F-16 for their fighter, we’ve considered moving the entire production line to India for worldwide customers,” Hewson said.

Meanwhile, in Japan, Lockheed Martin is said to be developing a pitch to create a hybrid fighter, combining aspects of the F-35 and the F-22 Raptor, according to media reports. Federal law bans Lockheed Martin from exporting the F-22.

Japan has already committed to buying 42 F-35A aircraft, according to Lockheed Martin. Most of these aircraft are being assembled at the Mitsubishi Heavy Industries’ F-35 Final Assembly and Check-Out facility in Nagoya, Japan.

These aircraft, though, represent more than a modernization of the Japanese air forces and manufacturing jobs in the country. They are key to Lockheed Martin’s bottom line, the overall health of the F-35 program, and fit into President Donald Trump’s foreign policy goal of decreasing the U.S. trade deficit with Japan, according to company and State Department officials.

The F-35 program represents about a quarter of Lockheed Martin’s annual $51 billion sales, and Hewson said the company’s goal is to continue selling to international customers, an integral part of the plan to drive-down the per-jet cost to about $80 million per F-35A, the conventional take-off and landing variant.

While Lockheed Martin is seeking more international sales, and Kaidanow’s office helps make this possible, pitfalls do exist in that each foreign sale of U.S.-made arms requires congressional approval.

For instance, a U.S. Senate committee passed a measure that if approved by the full Senate and House of Representatives, would bar Turkey from buying F-35. According to a report by Reuters, U.S. officials are unhappy with Turkey’s proposed purchase of a Russian-built surface-to-air defense system. Turkey has committed to purchasing 100 F-35 fighters, a deal worth approximately $8 billion based on the current price per airframe.

When asked about the potential loss of Turkey as a customer, Hewson said, “They will see where that process goes in terms of receiving that aircraft. They’re about to get first roll-out coming from the factory,” Hewson said.

When speaking with reporters, Kaidanow again wouldn’t directly address specific foreign sales, but did say, “We have real concerns with Russian activities. The acquisition of these systems is a real concern.”