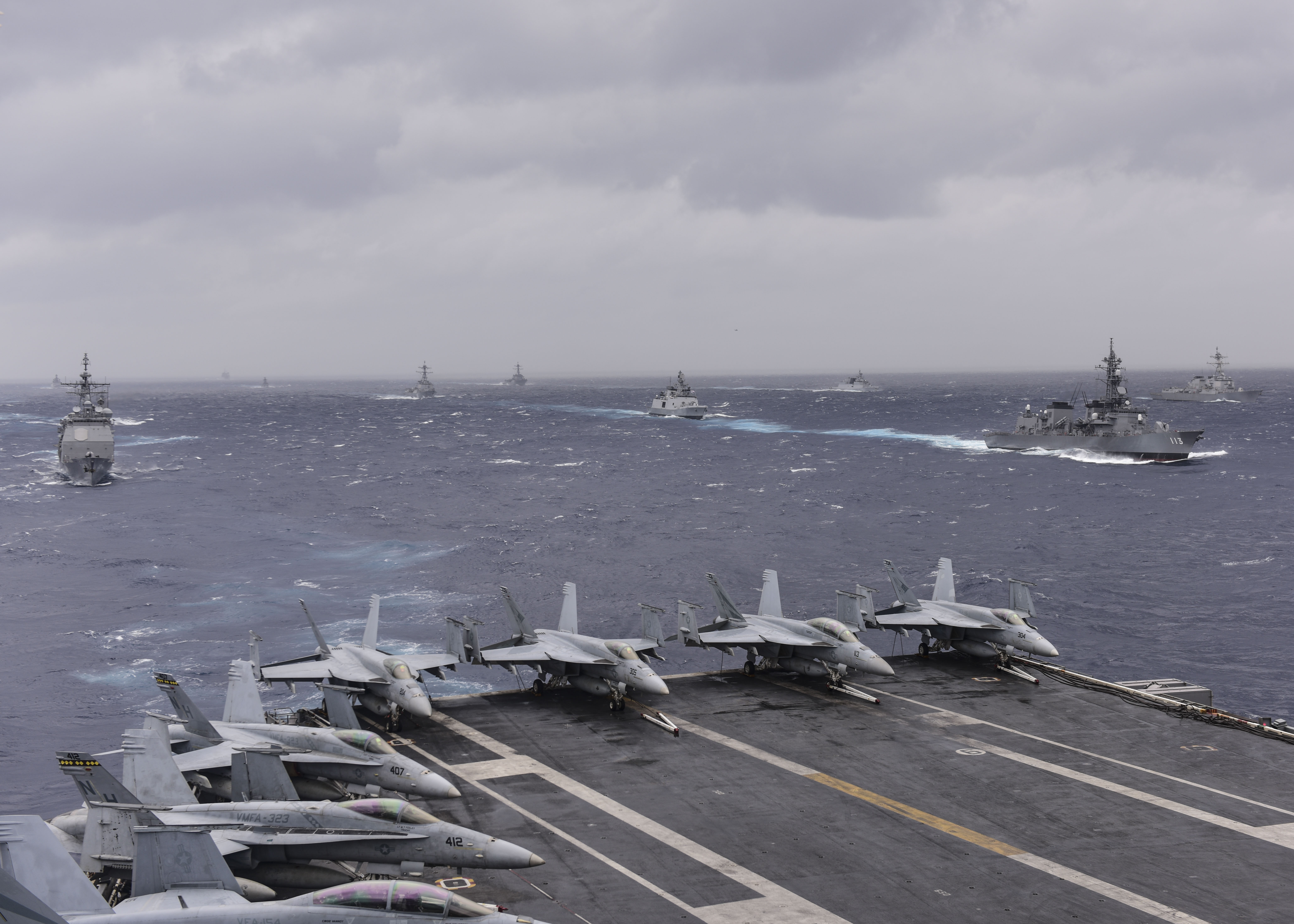 Ships from the Indian navy, Japan Maritime Self-Defense Force (JMSDF) and the U.S. Navy sail in formation in the Bay of Bengal during exercise Malabar 2017. US Navy photo.

The U.S. Navy is hosting naval forces from India and Japan in Guam for the annual Malabar Exercise, set to start Thursday in the Philippine Sea.

This is the first year Guam is hosting the annual exercise in which participants will practice surface and anti-submarine warfare operations, combined carrier strike group operations, maritime patrol and reconnaissance operations, and visit, board, search, and seizure operations, according to a Navy statement.

The Malabar 2018 exercise represents the U.S. commitment to working with regional powers in the Indian and Pacific Oceans, Secretary of Defense James Mattis said last week when he unveiled the new name of U.S. Indo-Pacific Command at a ceremony welcoming Adm. Phil Davidson in his new role taking the helm of that combatant command.

“In recognition of the increasing connectivity, the Indian and Pacific Oceans, today we rename the U.S. Pacific Command to U.S. Indo-Pacific Command. Over many decades, this command has repeatedly adapted to changing circumstance, and today carries that legacy forward as America focuses west,” Mattis said at the ceremony.

While not mentioned in any public statements released by the Malabar participants, the recent activities of China, notably its program of building artificial islands in the South China Sea and sending submarines into the Indian Ocean, loom over the exercise.

So far this year, Chinese government officials have remained quiet about the upcoming exercise. Before last year’s Malabar, though, Chinese Foreign Ministry Spokesperson Geng Shuang said the country had no objection to cooperation among countries but that “we hope such relations and cooperation are not targeted at a third party and are conducive to regional peace and stability,” according to an English translation of the briefing released by the Foreign Ministry.

Yet behind the scenes, Chinese officials are suspected of expressing more concern over the exercise. In January, Australian officials sounded hopeful their naval forces would be invited to rejoin the Malabar exercise, according to Australian media reports. But the Australians, who have participated in past iterations of the Malabar exercise, were ultimately not invited. Commentators in both India and Australia suspect China pressured the Indian government to not invite Australia.