Rep. Rob Wittman (R-Va.) is pushing a trio of legislative reform efforts to professionalize surface warfare officer training and simplify command and control for forward forces in an effort to prevent avoidable mishaps like the two fatal collisions the U.S. Navy suffered in 2017.

While the Navy has promised reforms – in the form of more than 100 recommendations that came out of a pair of internal reviews conducted after the accidents – Wittman said there should be a greater role for Congress in how those reforms manifest themselves at sea and on the waterfront.

“What the Congress has done in the past when the Navy has had certain truths in its history, where events have happened that have led to wholesale changes – whether it’s submarines that had operational issues that led to massive failures; whether it was naval aviation, where you had crashes and unexceptionable operational elements that occurred at those times – there were wholesale and significant changes in the whole operational structure of what happened within naval aviation, within the submarine community, and they were, I would say, groundbreaking organizational changes,” Wittman said in an interview with USNI News last week.

The language is included in the House Armed Services Committee mark of the Fiscal Year 2019 National Defense Authorization Act that will be presented to the full House for a vote this week. On the Senate side, Sens. Roger Wicker (R-Miss.) and John McCain (R-Ariz.) have added their own proposals for surface warfare reform, which they laid out in a bill put forth in February. 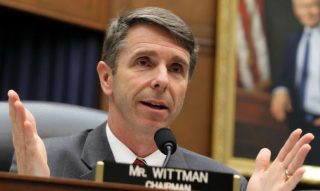 Now, before a surface warfare officer arrives at their first ship, the officer undergoes an eight-week course ashore that provides an overview of basic navigation at sea. Wittman’s proposal would, where applicable, base some of that training on the civilian International Convention on Standards of Training, Certification and Watchkeeping for Seafarers (STCW).

“We want there to be a comparable standard there,” he said.
“We think that’s important.”

To emphasize the importance of the roles of navigation and ship handling, Wittman also issued legislation that would create two different career paths for surface warfare officers: ship engineering systems, and ship operations and combat systems.

The plan would look like the surface warfare officer arrangement of the U.K. Royal Navy that splits its officers into engineers and deck officers.

Wittman said the benefits for the Navy would include not only safer ship handling but also, in the long-term, the benefit of seeding senior ranks with subject matter experts. 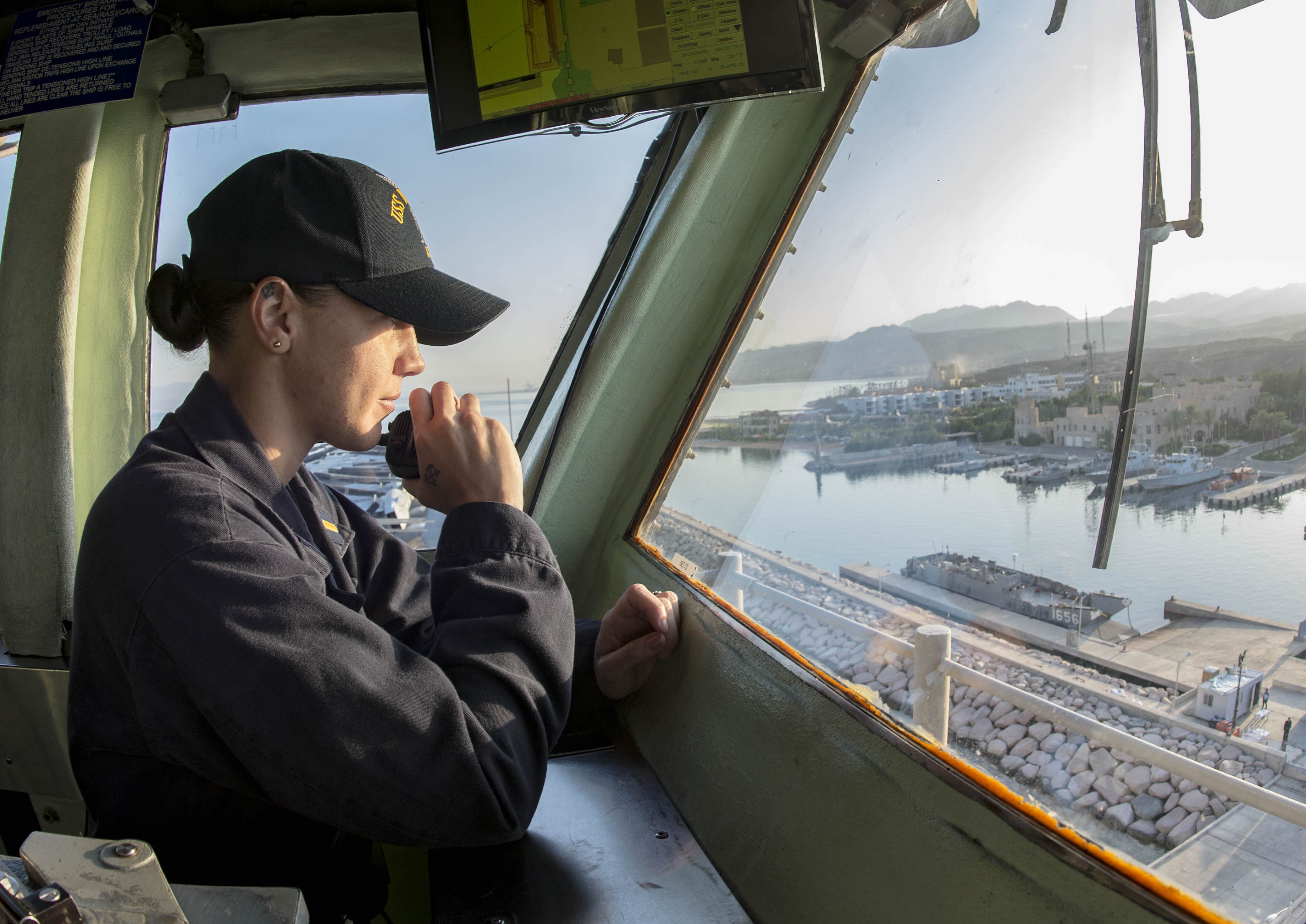 “Whether it’s on how to best operate the ships in the fleet, how to best manage the ships in the fleet, how to best make decisions on acquisition in the fleet, they know these issues backwards and forwards. And they know it with enough expertise to where they will make better and more informed decisions than they would otherwise,” Wittman said.
“This is not in any way shape or form a weakness of the officer, it’s only an element that being a generalist – there’s only so much that you could know in depth about each of these areas. I argue that having folks that are experts in these areas make them better decision-makers as they progress in their career, and the Navy benefits from that. So I think that if you do it right that the cost would be minimal, and that’s where I think the Navy needs to look at this.”

As the NDAA has progressed, the Navy’s legislative outreach has suggested Congress keep specific reforms to the surface warfare to a minimum and allow the service to work reforms internally where they can, several legislative sources have told USNI News in the last several months. For its part, the Navy has been candid and open with Congress and the press on the progress of implementing recommendations from both internal reviews, with regular briefings from Vice Chief of Naval Operations Adm. Bill Moran and Navy Undersecretary Thomas Modly.

While Wittman said he appreciates the Navy’s effort, he noted the service’s inability to implement meaningful change to the fleet after a collision in 2012 between a destroyer and a merchant tanker in the Strait of Hormuz.

“I understand the human nature of saying, ‘Hey, don’t worry. We’ve got this.’ But I point back to what happened with USS Porter, and the report that came out after the Porter incident,” he said.
“The recommendations that were made there, and what happened subsequent to that, and what we saw was that literally none of those recommendations got operationalized in the long term.”

While the Navy and Wittman are split on specific reforms to surface training, they are in agreement on one major topic.

He is pushing legislation that would create a single East Coast-based command that would man, train and equip the fleet and do away with the special arrangement in which forward-stationed Pacific forces operate in their own readiness system.

The system was established by the so-called Inouye Amendment, named for the late Sen. Daniel Inouye (D-Hawaii), that established in law a separate chain of responsibility for ships in the U.S. Pacific Fleet. Wittman and others have argued that different standards were contributing factor to the collisions in the Western Pacific.

“We understand what we have to do to train the sailors as they move from ship to ship, and have some kind of overarching effort for that because if not it becomes fragmented and bifurcated in this sense between Atlantic and Pacific,” he said.
“That’s why striking the Inouye amendment, I believe, is extraordinarily important, because it has a unified command under Fleet Forces to say this is how we are going to man, train, and equip [the fleet].” 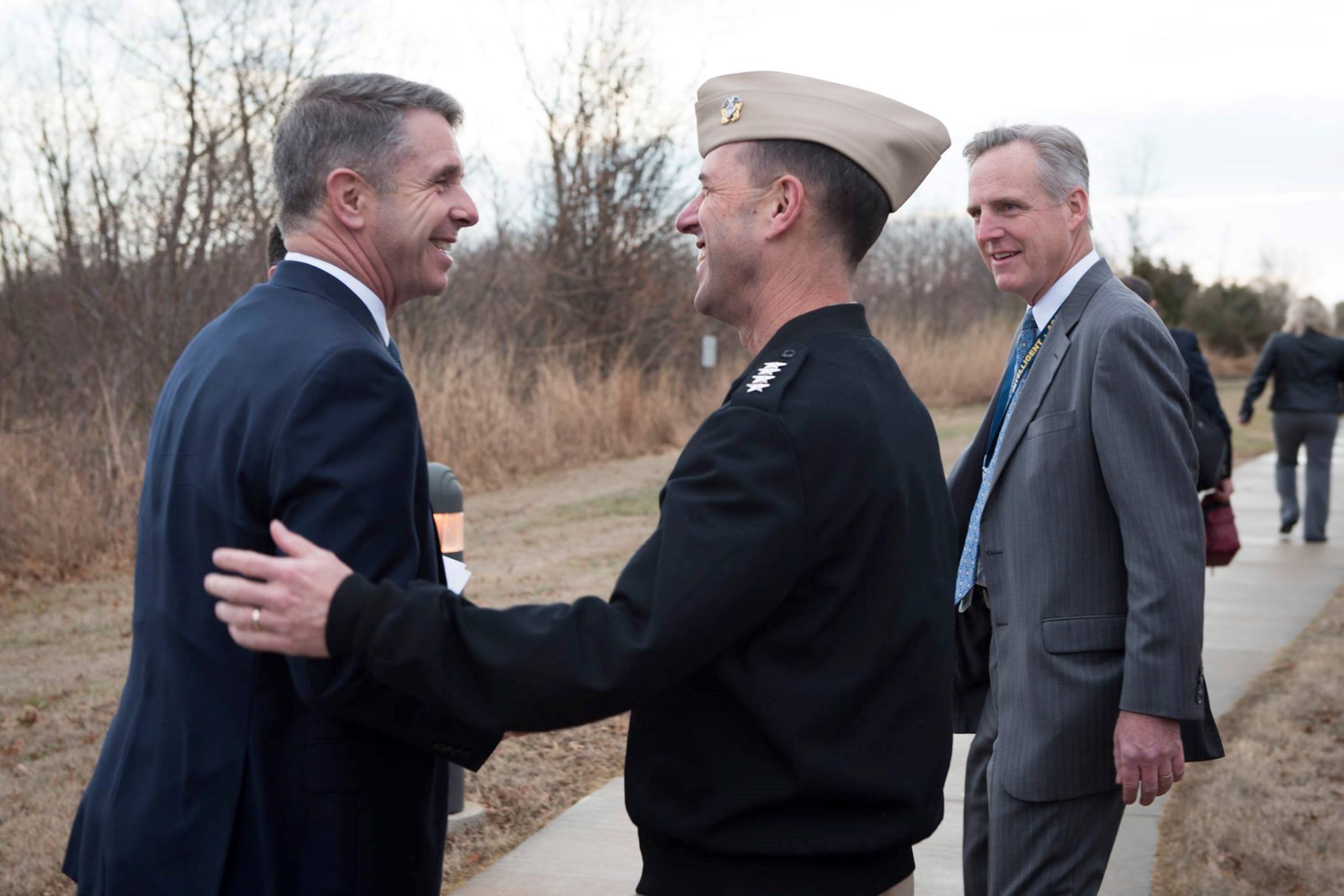 Wittman cited findings of the investigation of the collision between USS John S. McCain (DDG-56) in which sailors who were cross-decked from USS Antietam (CG-54) and were running the bridge during the collision weren’t familiar with the different helm controls on the ship. He said a single command and control structure would do a better job of ensuring training standards would be applied across the fleet.

“Having a single point of command that says, ‘Here’s the policy across the fleet. If you’re on a Flight I destroyer and there’s a helms system upgrade, we’re gonna make sure we do that all at one time and then we’re going to bring every one of those sailors in that’s a whatever it is, a boatswain’s mate or whoever’s there at the helm, and says all of them are coming in for training at one time instead of saying we’ll just catch as catch can.’”
“The three-stars would come back to, in my mind, come back to Fleet Forces Command where they would be in charge of looking at the Navy as a whole and saying, ‘Okay. What are we doing with the manning elements for our DDGs?” And understanding that there are Flight Is, Flight IIs, Flight IIAs, and soon to be Flight III … and all those ships are different, so how are we making sure that the sailors that are on there are getting the proper training’?”

Unlike the surface training efforts, Navy leaders are largely in agreement with Wittman on the command and control initiative.

“The way that this amendment was structured allows really two standards to emerge. We need to have one single standard of excellence,” Chief of Naval Operations Adm. John Richardson said in January.
“This Inouye Amendment, as it was called, is just one I would say artificial seam that inhibits us from establishing that single standard.”