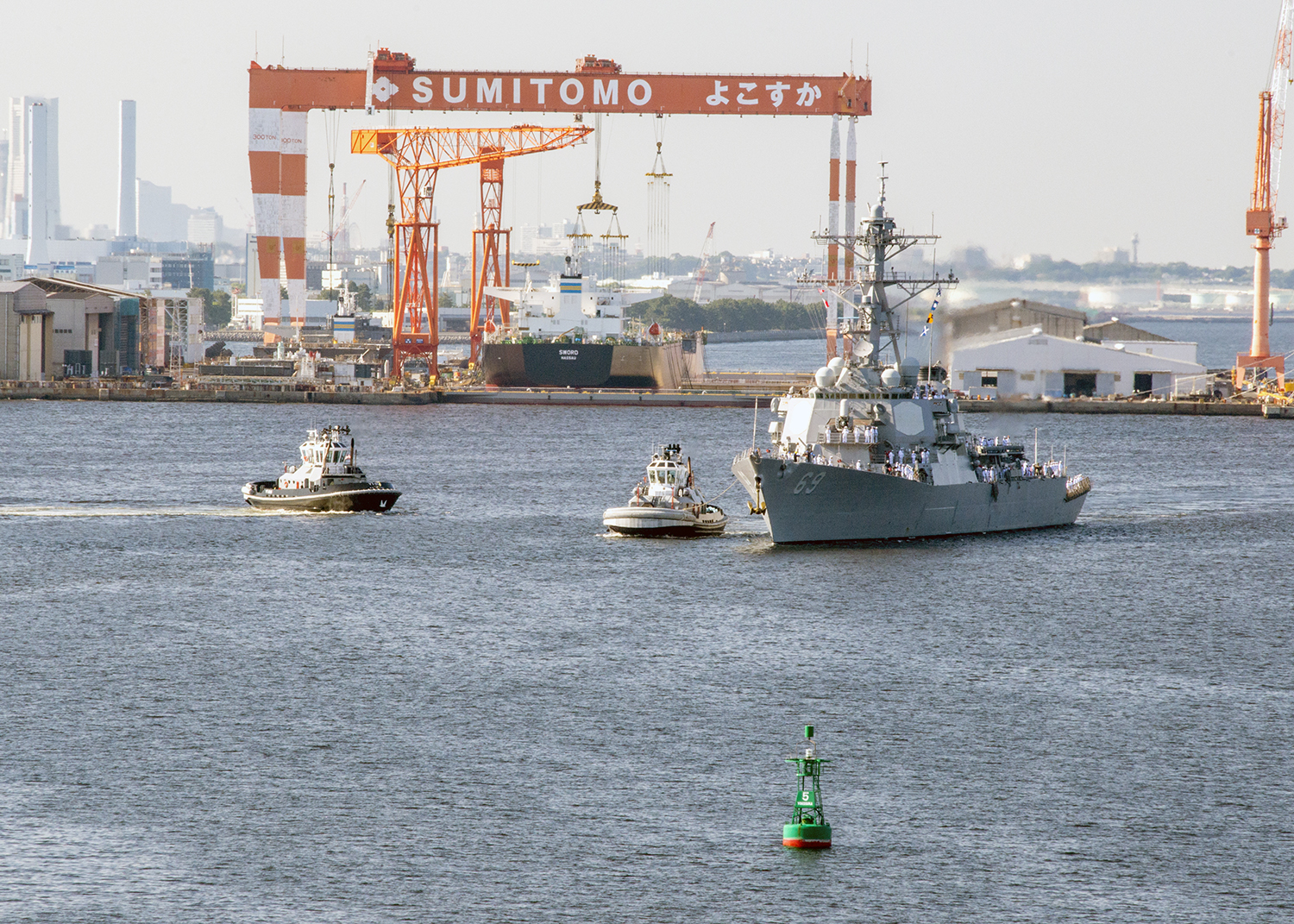 Arleigh Burke-class guided-missile destroyer USS Milius (DDG-69) arrived in its new homeport of Yokosuka, Japan, Monday, bringing to the Forward Deployed Naval Forces of U.S. 7th Fleet a modernized suite of capabilities.
The move to U.S. Fleet Activities (FLEACT) Yokosuka had been planned for years, as the Navy sought to improve the capabilities of its forward-deployed forces. Milius was recently upgraded to have the Aegis Baseline 9 combat system, which provides the ship with improved air defenses, ballistic missile defenses and surface and undersea warfare capabilities, and is part of a Navy plan making the forward-deployed fleet more capable, as previously reported by USNI News. Milius left San Diego on April 20. 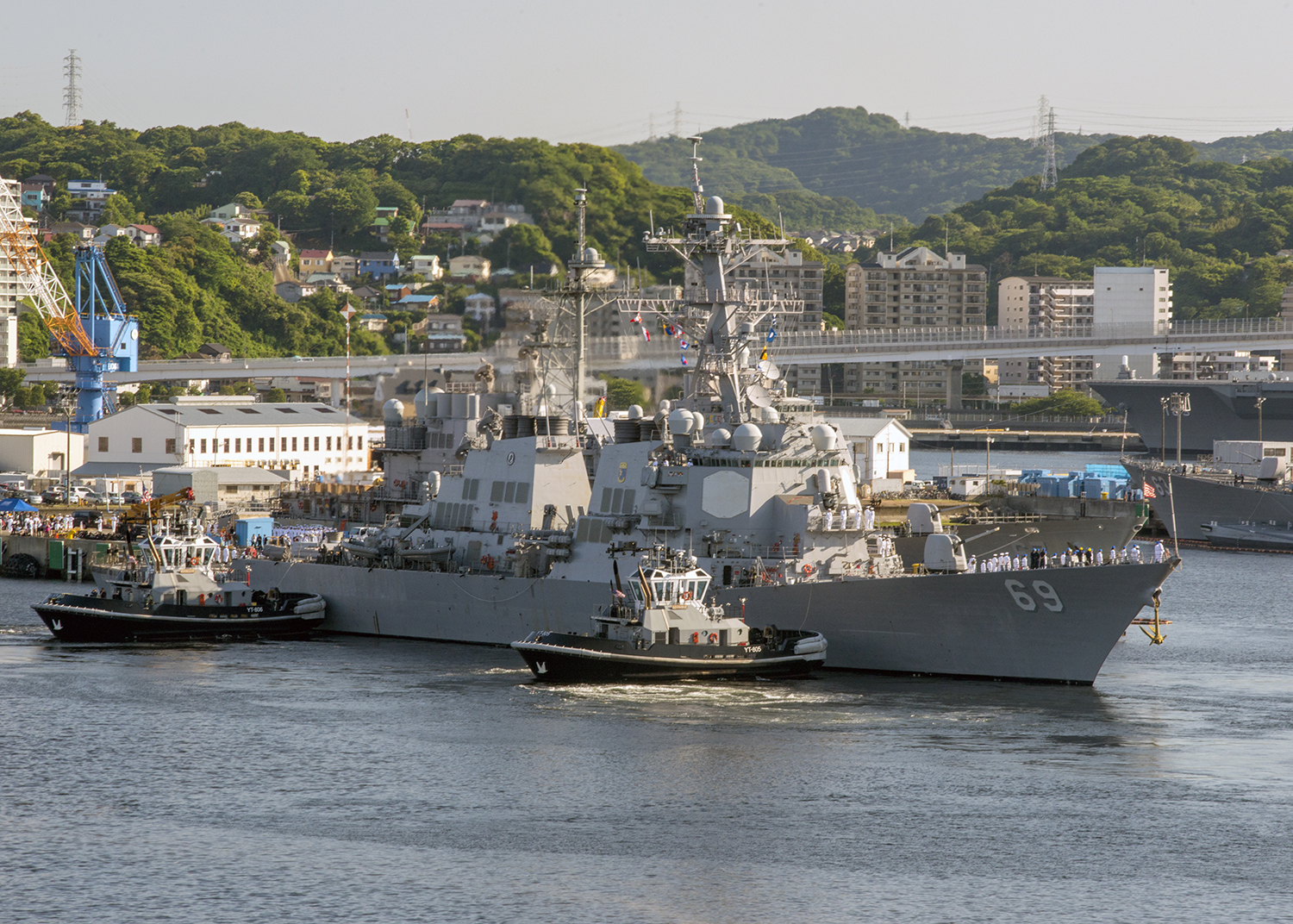 “My crew and I are very excited to arrive in Yokosuka today and join this elite team of Forward Deployed Naval Forces,” Cmdr. Jennifer Pontius, Milius’ commanding officer, said in the statement.
“For more than 50 years, the U.S.-Japan alliance has been the foundation of peace, security and the cornerstone of U.S. engagement in the region. We aim to foster and strengthen that bond with the Japan Maritime Self-Defense Force and the local community.” 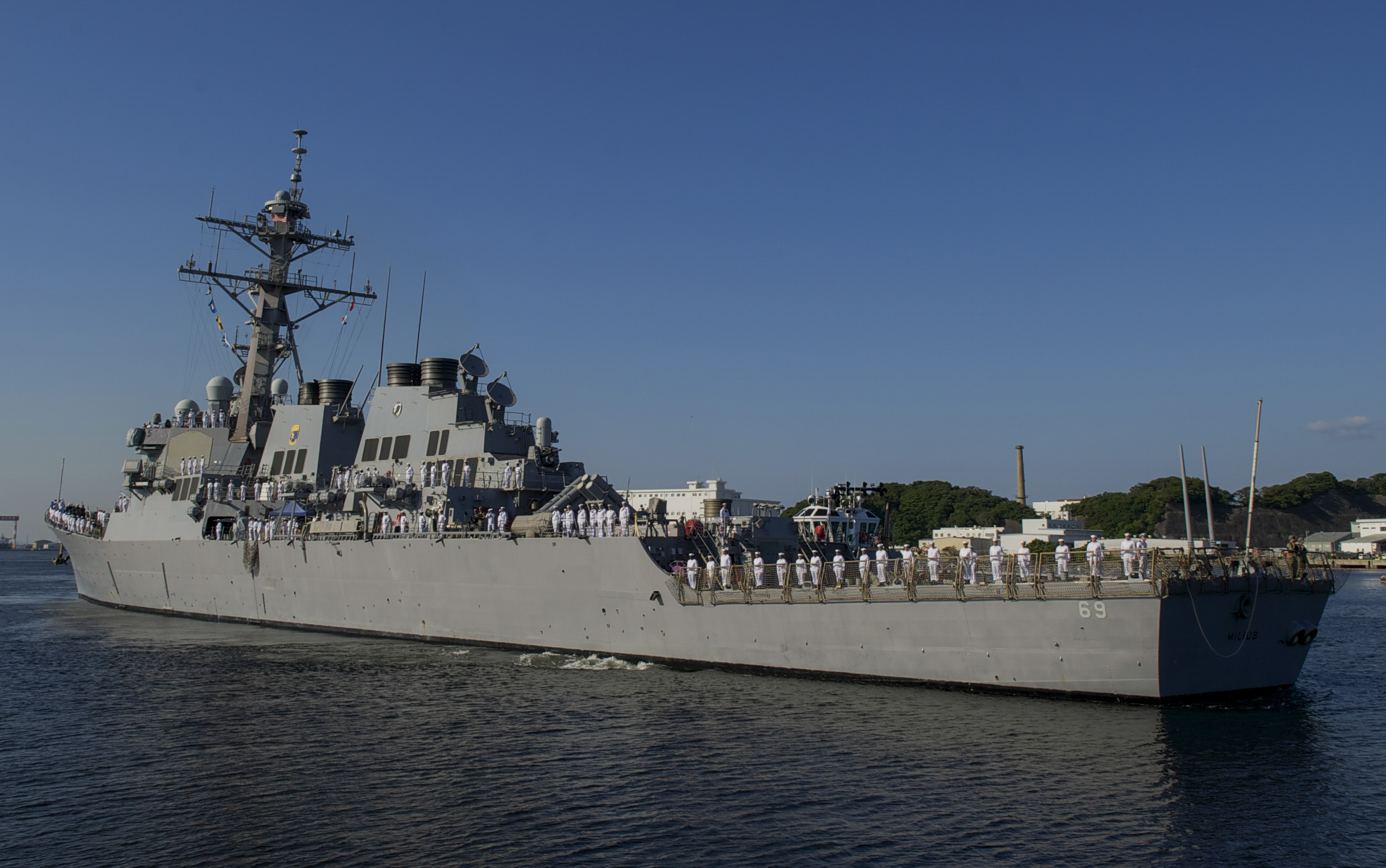 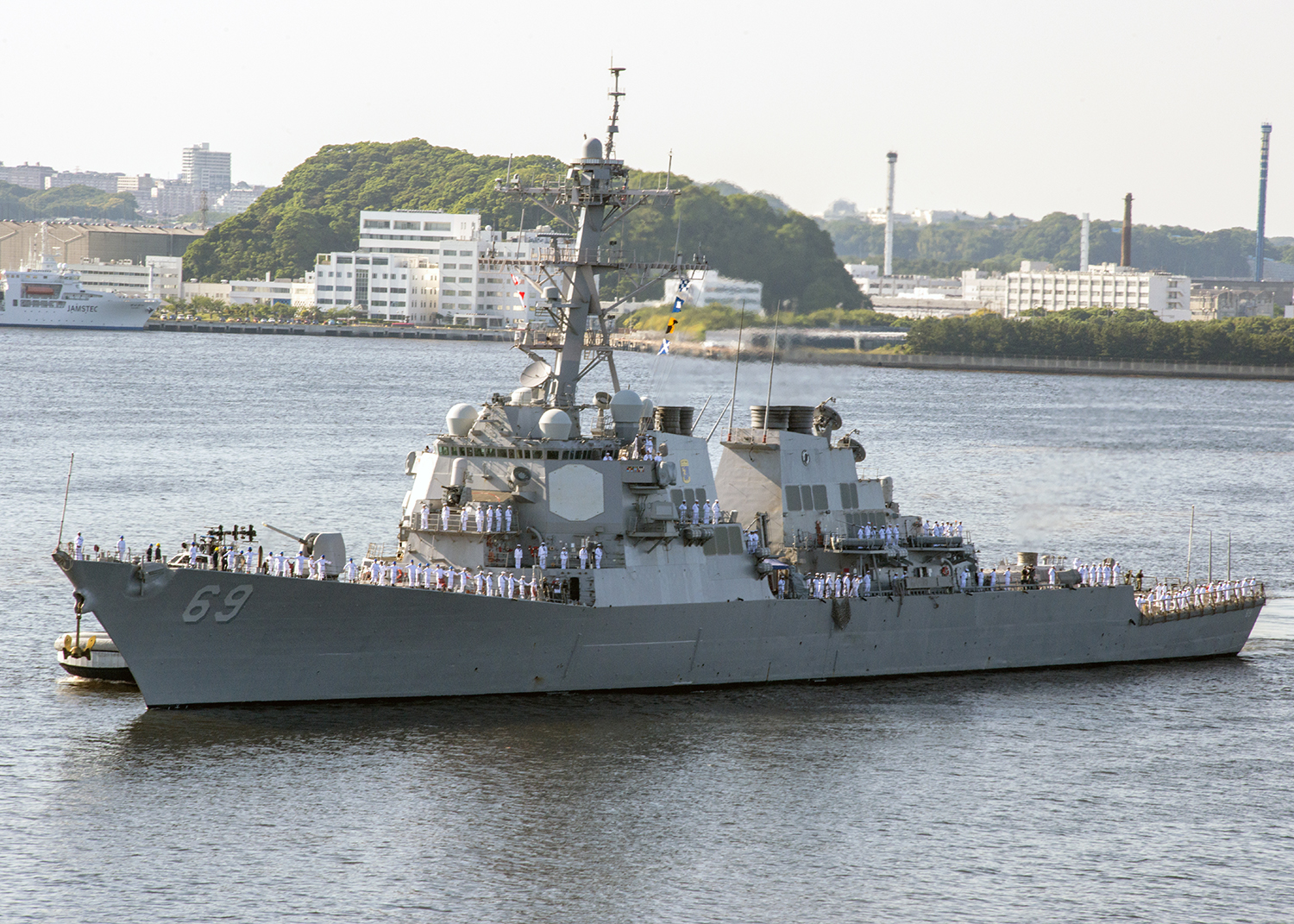 However, Milius’ move comes at a critical time for the Navy’s forward-deployed forces, which have operated without two warships since a pair of deadly collisions with commercial ships in 2017. Arleigh Burke guided-missile destroyers USS John S. McCain (DDG-56) and USS Fitzgerald (DDG-62) were severely damaged in the incidents, killing 17 sailors. McCain, was previously upgraded to have the Aegis Baseline 9 system and is currently being repaired in Yokosuka. Fitzgerald is being repaired in Mississippi, but is not slated for Aegis Baseline 9 combat system upgrade, as previously reported by USNI News. 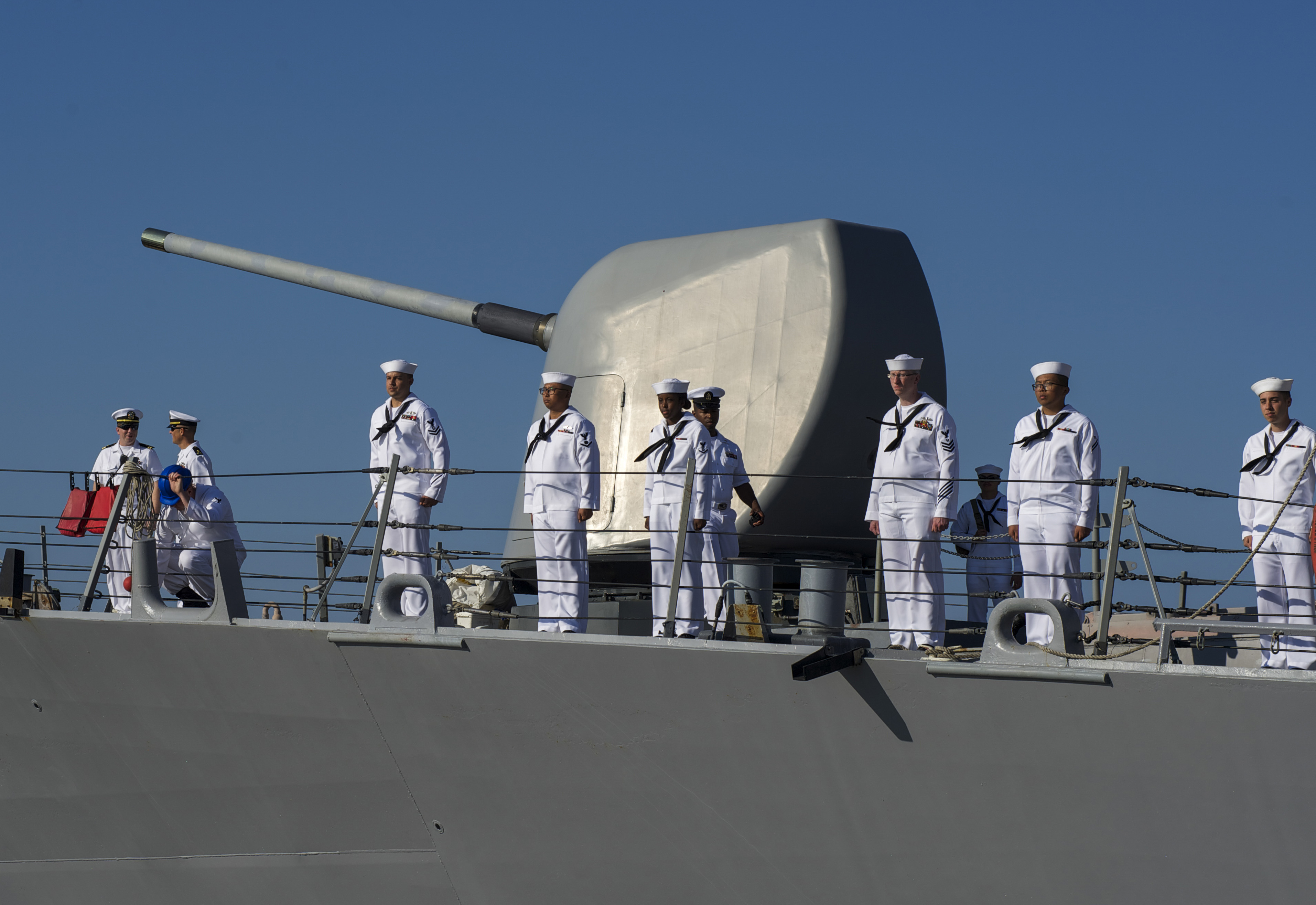 Crew aboard USS Milius (DDG-69) as it arrives at the forward-deployed port of Yokosuka. Navy photo

“The crew has trained extremely hard to get the ship fully certified and ready for tasking,” Pontius said in the release.
“There is a lot of planning and preparation that goes into getting a ship ready to forward deploy and to transition a crew and their families overseas; I could not be prouder of this crew and their hard work.” 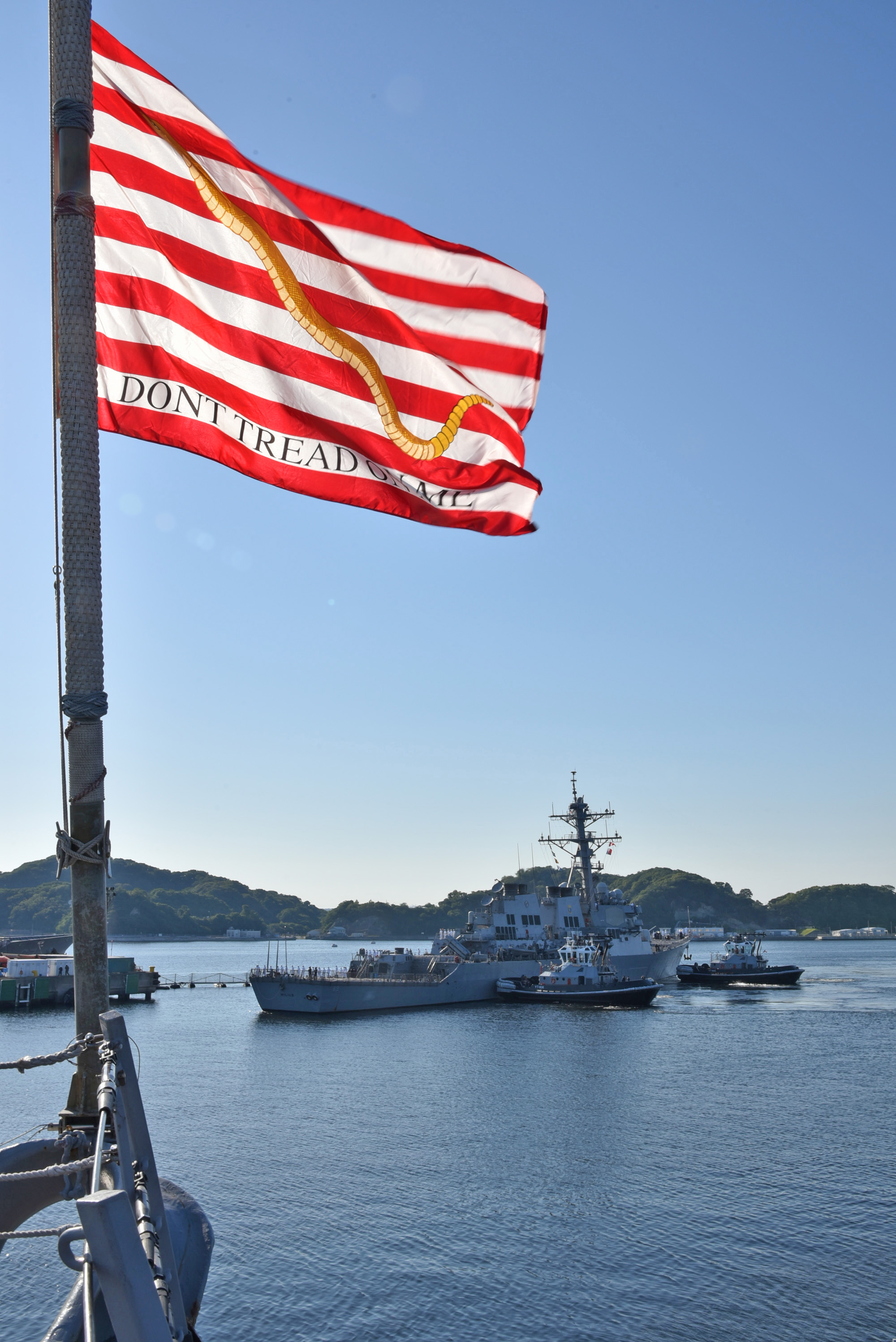