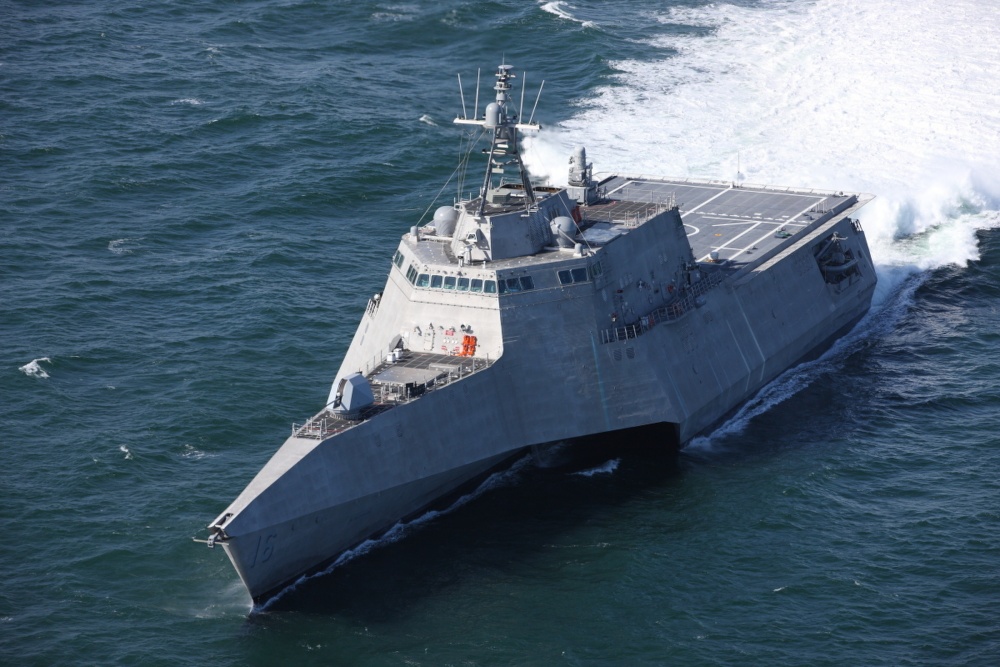 The Navy accepted delivery of the latest Independence-class Littoral Combat Ship, Tulsa (LCS-16), during a Monday ceremony in Mobile, Ala.

Tulsa is the 13th littoral combat ship delivered to the Navy, and the eighth of the Independence-class variant which features aluminum trimaran hulls and relatively large flight decks. A commissioning ceremony is scheduled for later this year in San Francisco, according to the Navy.

“Today marks a significant milestone in the life of the future USS Tulsa, as transfer occurs to the Navy and she enters service,” said a statement from Capt. Mike Taylor, LCS program manager. “I look forward to celebrating the commissioning of this fine ship alongside the crew later this year in San Francisco.”

The littoral combat ship is a modular, reconfigurable ship with three types of mission packages. Ships such as Tulsa can conduct surface warfare, mine countermeasures, and anti-submarine warfare operations, according to the Navy.

A total of 29 littoral combat ship contracts have been awarded, with the ships divided into two classes – Independence, with even-numbered hulls such as Tulsa, and built by a team led by Austal USA; and Freedom, with odd-numbered hulls and built by a team led by Lockheed Martin. Currently, 11 littoral combat ships are in service. The Navy accepted delivery of USS Manchester (LCS-14) in March, and commissioning is planned for the end of May, according to the Navy.

Tulsa is the second ship named after the city in Oklahoma. The first USS Tulsa (PG-22), was an Asheville-class gunboat, commissioned in 1923 and in service until 1946. The ship’s name was changed in 1944 because a new cruiser was planned to use the name. The war ended and the contract for the new cruiser was canceled, according to the Navy.