“The weapons testing went great from the airframe standpoint,” Dodge said. “One of the issues with the advanced weapons systems is because it’s based on an unguided rocket, it’s designed to be built up in an armory and the LCS armory doesn’t have the space that you can build up.”

The LCS has one magazine, used to store all the ships weapons, including any that would be used for aircraft and other weapons systems. One of the possible solutions is whether the Fire Scout could be loaded aboard with the rockets already assembled. 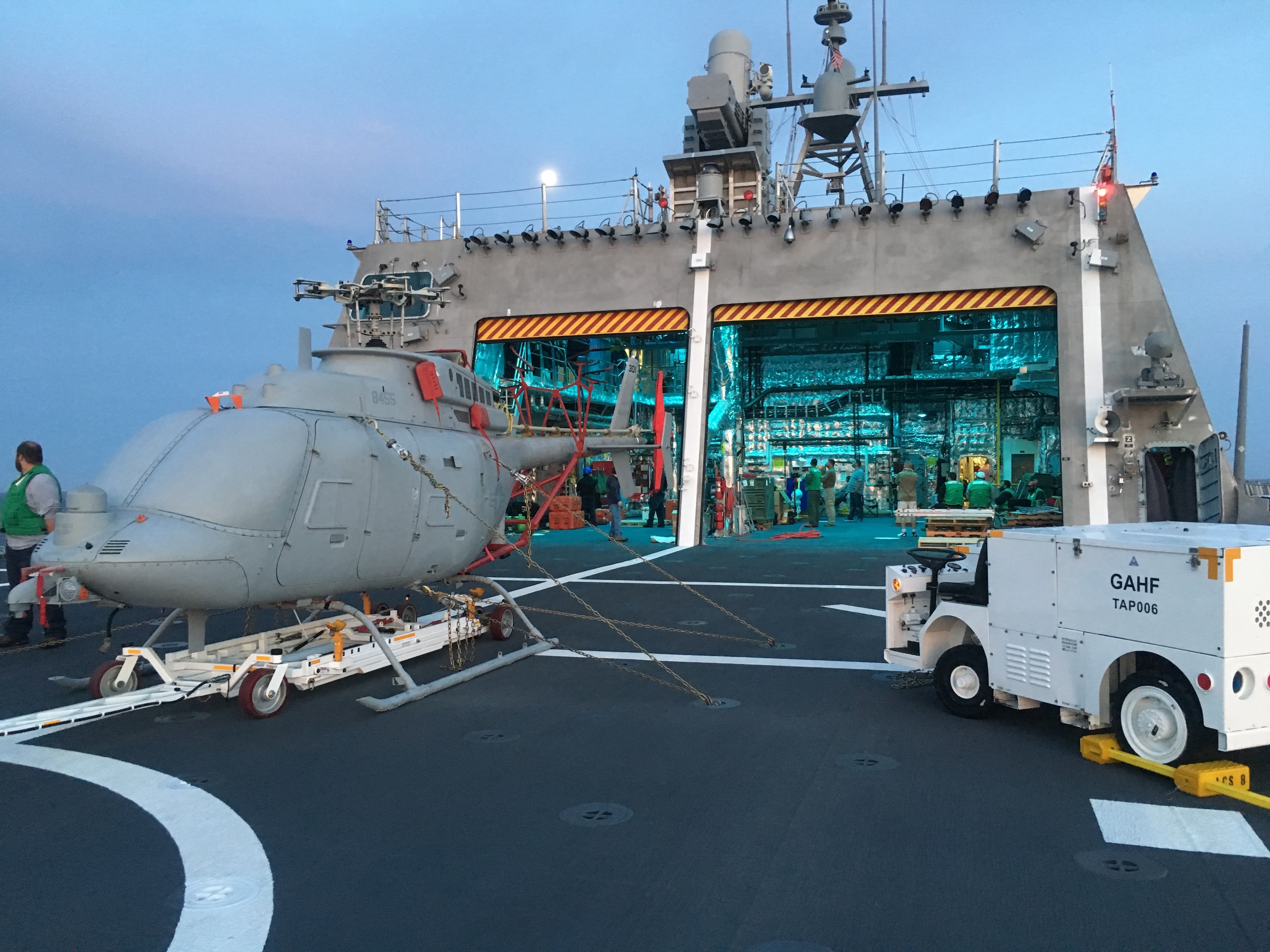 “But there’s been a lot of studies going on with what is the right weapons mix to put in that LCS magazine, between aircraft weapons and the ships own weapons, so that hasn’t been resolved to give us a clear way forward,” Dodge said.

Also, the Fire Scout program is working to upgrade the weapons payload for the larger MQ-8C airframe. Currently, Dodge said the MQ-8B airframe is limited to three tube launchers because it’s limited payload. For the MQ-8C, Dodge said, “We think we can go with seven tube launchers which is more standard across DoD.”

As for the targeting capability, Dodge said the Fire Scout is already performing as anticipated. The Navy plans to have Fire Scouts onboard the LCS fleet by the early 2020s, providing over-the-horizon targeting information for surface missiles.

For now, Fire Scouts are expected to deploy only on the LCS. Dodge said as requirements are finalized, the Fire Scout could also deploy onboard the future frigate or on guided-missile destroyers with some upgrades.