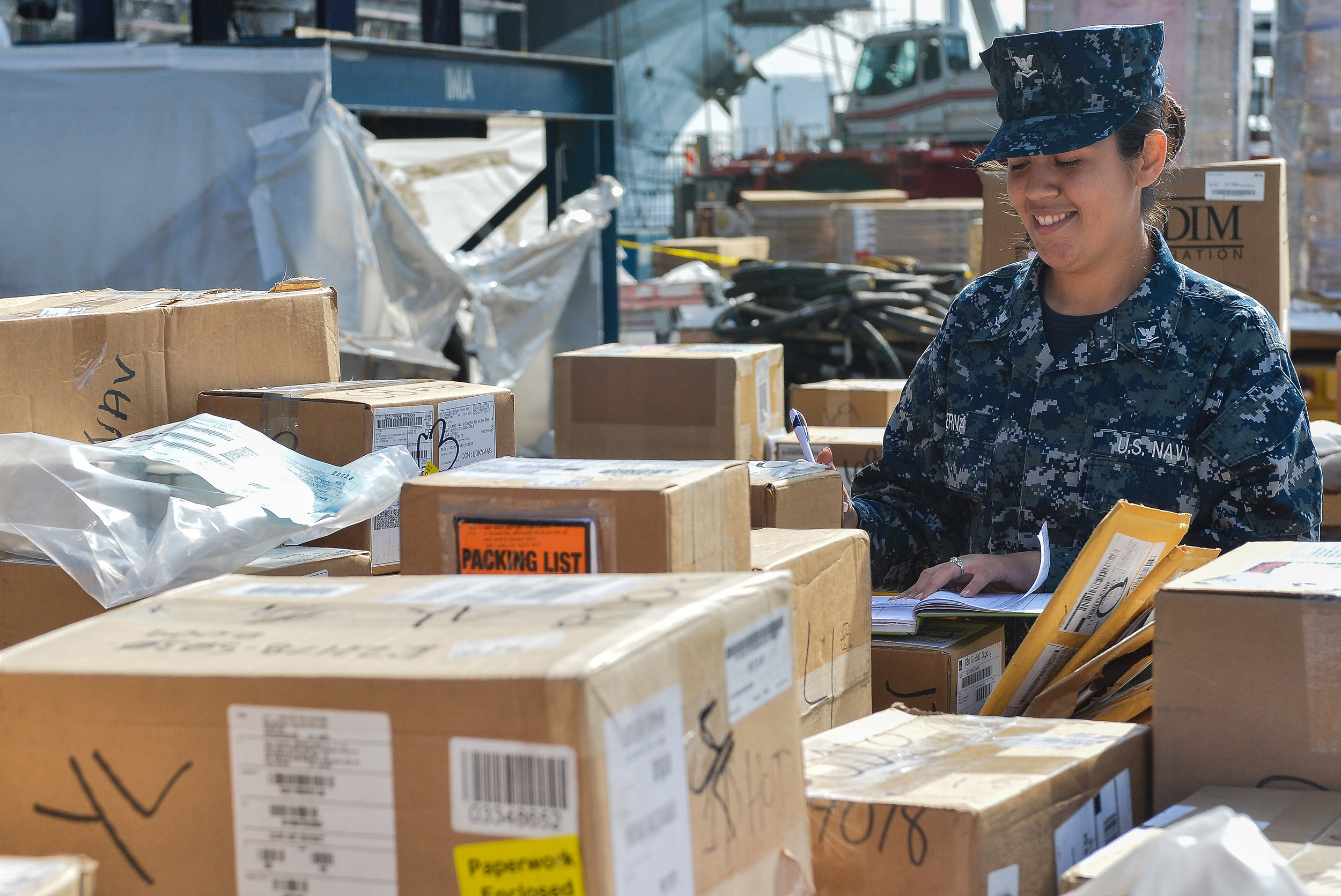 NATIONAL HARBOR, Md. – Future Navy and Marine Corps war games and exercises will include delivering supplies and personnel to contested environments with the goal of gaining an understanding of how using logistics wins fights.

The services want to rehearse delivering equipment to a contested environment because future engagements are likely to include fighting to the fight, according to a panel of military logistics experts during a panel discussion at the Navy League’s Sea Air Space 2018 exposition.

“We must definitively exercise plans and not fairy-dust logistics like may have been done in the past,” said Patrick Kelleher from the Marine Corps logistics command.

Wargames and exercises in the past have often started with the assumption all required equipment and personnel were in place for the start of the practiced engagement, Kelleher said.

The problem with making this assumption is the military has no way to see what deficiencies exist or experiment with new technologies. Now, the process is much more deliberate, with the Navy and Marine Corps learning what takes place when assembling forces, said Rear Adm. Pete Stamatopoulos, the Navy’s director of logistics.

“For the first time we have what’s called an expeditionary logistics needs assessment team,” Stamatopoulos said.

This team concentrates on figuring out how to address delivering supplies to expeditionary operations. Part of the challenge is the Navy currently has 250 logistic systems and about 1,600 applications.

“Those systems developed over many, many decades are stove-piped,” Stamatopoulos said. “We need to move them to a different operating environment. something that’s connected but can be disconnected in a contested environment.”

The Marine Corps is also testing the Autonomous Aerial Cargo/Utility System (AACUS), what Kelleher referred to as a “Pilot in a box.” This capability is a kit installed on any rotary wing aircraft and controlled by someone on the ground.

“That is a pretty significant capability that you can plug into any rotary wing aircraft,” Kelleher said. Doing so, he added, “Frees up other combat support to do other things, in terms of dropping a warhead and things like that.”