Lockheed Martin unveiled its concept for the Navy’s MQ-25A Stingray unmanned aerial tanker in a series of images provided to USNI News on Monday by the company.

Skunk Works’ answer to the service’s requirement for a new carrier-based tanker is a tailless flying wing design that sets it apart from the other competitors in the program.

The series of four images shows the Lockheed Martin Stingray equipped with what appears to be a single D-704 buddy tank just to the left of the centerline of the airframe and a collection of sensors in the nose of the aircraft.

Aviation Week first reported on the concept imagery on Monday.

A flying wing concept is a break from the other competitors. Boeing and General Atomics Stingray designs – both revealed late last year – feature a wing-body-tail design for the MQ-25A. 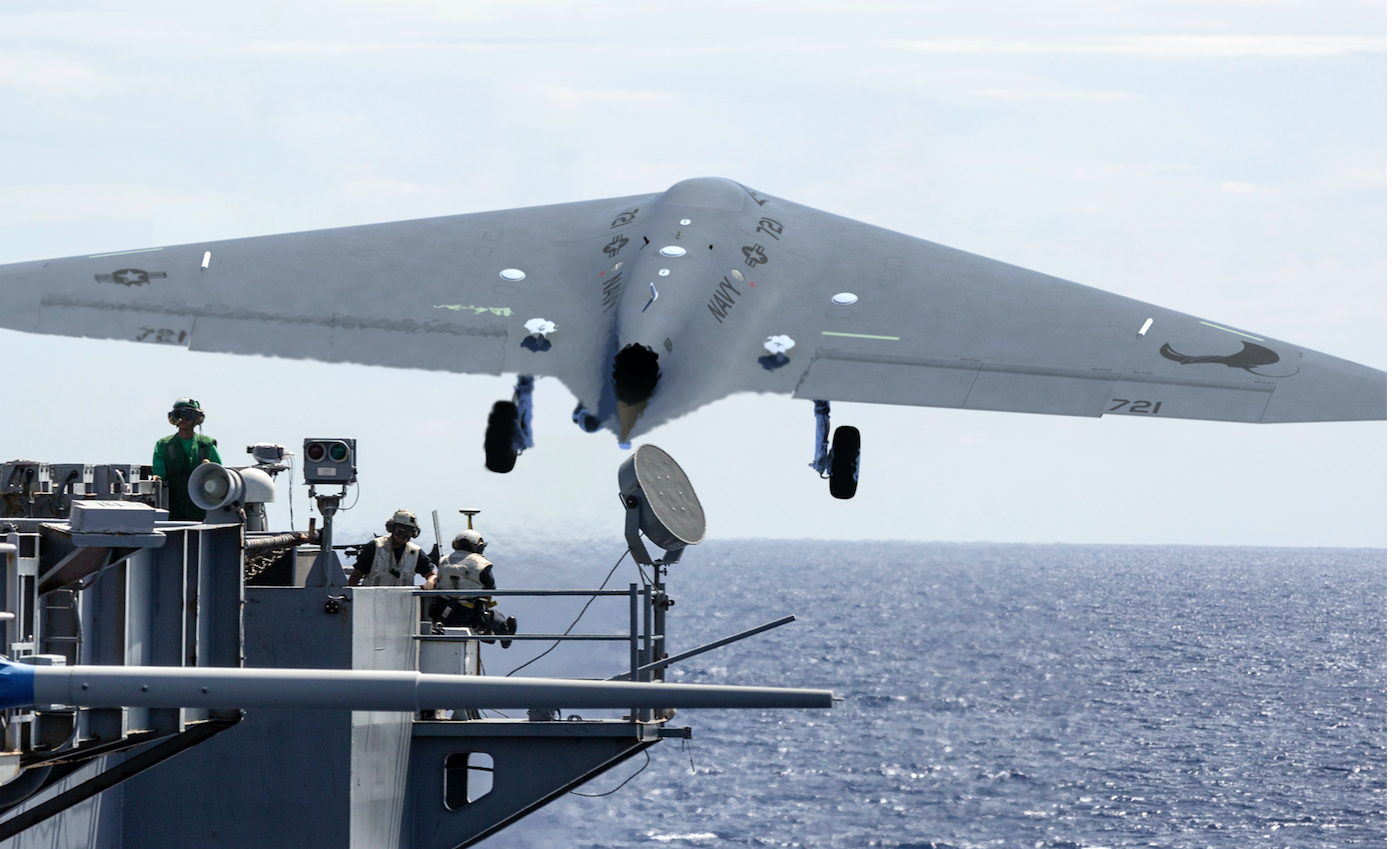 Last year, then-Skunk Works head Rob Weiss told reporters the Navy’s revision of the requirements were pushing competitors away from flying wing designs that weren’t as inherently efficient for a long-distance tanking mission as wing-body-tail platforms. And yet, the company has chosen to retain its flying wing design anyway, possibly indicating the company could foresee additional growth in the MQ-25A concept of operations to include missions that could benefit from the inherent low observability of a tailless design.

The service’s basic requirements will have the Stingray deliver about 15,000 pounds of fuel 500 nautical miles from the carrier, and Weiss said in March 2017 that “the requirements have been defined to be a tanker, so you really don’t want to go with a tailless design if your primary requirement is associated tanking,”

After the Navy focused its requirement to be solely on tanking, Northrop Grumman, who was expected to offer a bid for Stingray based on its X-47B tailless cranked kite design, dropped out of the competition.

In 2016, Weiss told reporters that if the Navy was interested in growing the capabilities of the Stingray to more than just a tanker, it would need to start with a basic design that could grow into more missions that would require low observable characteristics.

“If you start with a vehicle shape that will allow it to penetrate into a contested environment, you can get a low-cost tanking capability upfront without putting all the capability into that vehicle. … You can do it at low cost but stay on that same path to use that vehicle design to operate in a penetrating environment,” Weiss said in 2016. 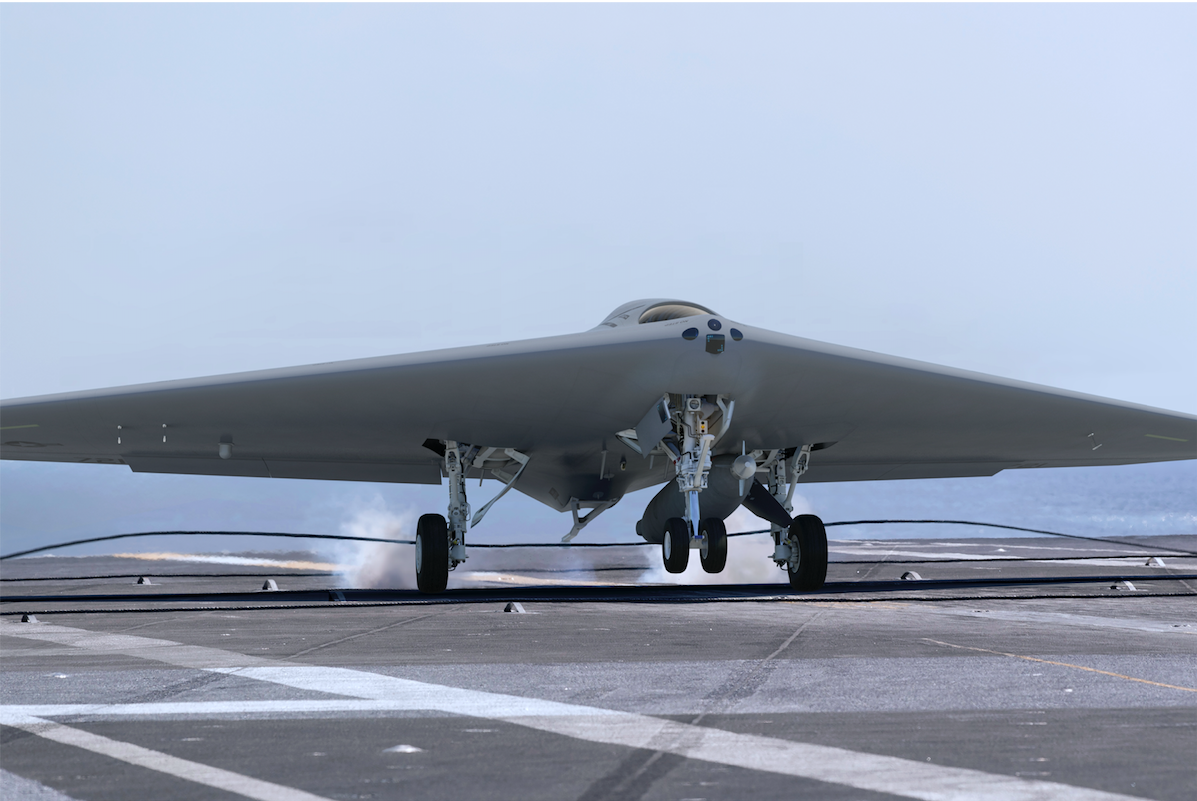 The current competition for Stingray is the latest in a 12-year effort for the Navy to develop its first fixed-wing carrier unmanned aerial vehicle since the service broke with the Air Force in developing a joint UAV in 2006.

Instead of creating a deep-strike stealth platform – at the Office of the Secretary of Defense’s direction – the Navy crafted requirements to have the unmanned system act as a carrier tanker. Currently, F/A-18E/F Super Hornets fill the carrier air wing’s tanking requirements. Up to 20 to 30 percent of in-demand Super Hornet sorties are tanking missions. The service would rather use that service life for strike and other missions.

The Navy set aside $719 million for Stingray in the Fiscal Year 2019 budget and plans on buying the first four in 2023 and for the aircraft to achieve initial operational capability on carrier decks in 2026.