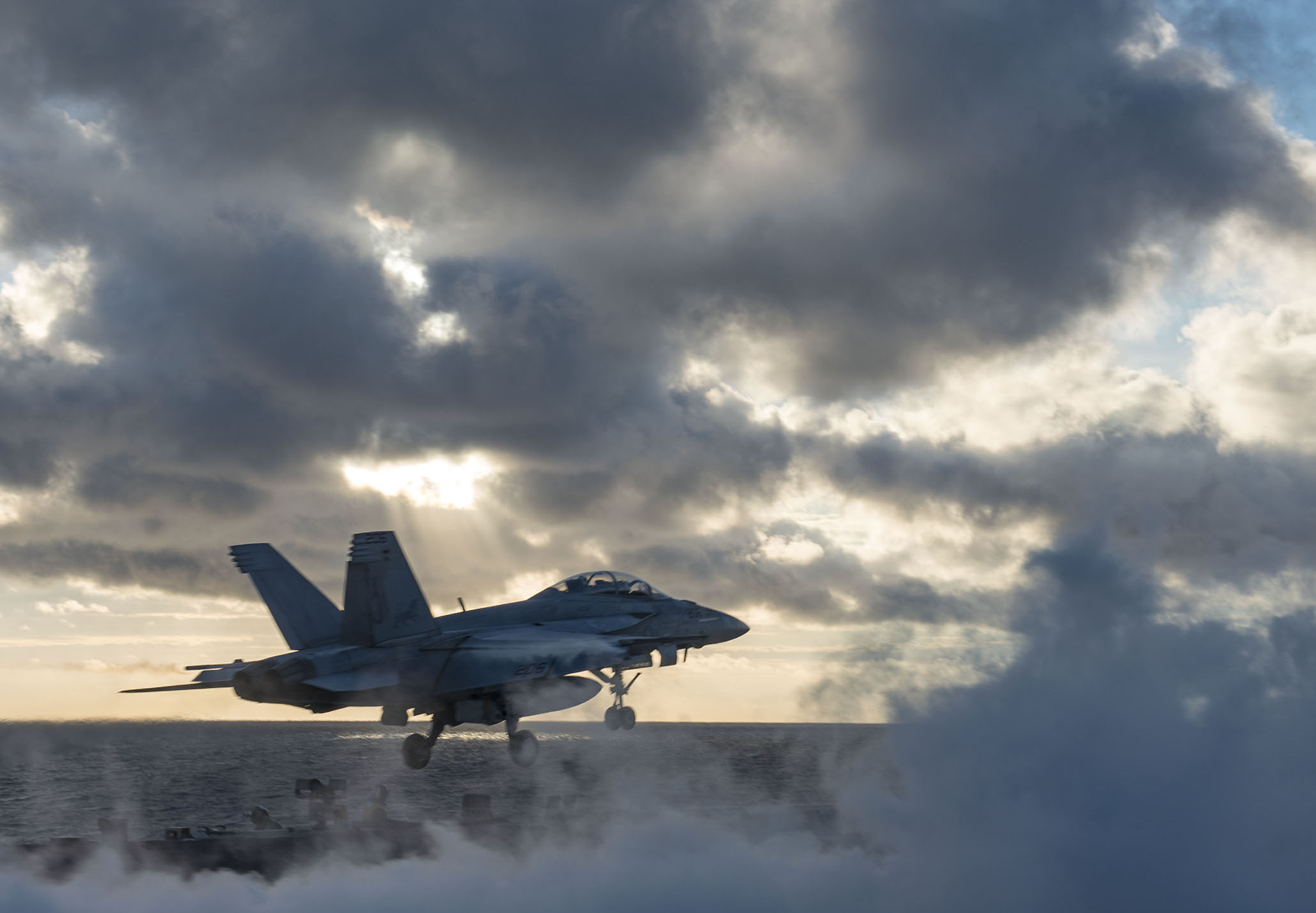 An F/A-18F Super Hornet attached to the “Blacklions” of Strike Fighter Squadron (VFA) 213 launches from the aircraft carrier USS George H.W. Bush (CVN-77) for an air power demonstration rehearsal in 2017. US Navy Photo

Due to inclement weather, the Fighting Blacklions of Strike Fighter Squadron (VFA) 213 have postponed their scheduled return to their home base at Naval Air Station Oceana, Va.

Originally scheduled to arrive this morning between 10 a.m. and noon, the Blacklions are now planning to return Thursday morning. The squadron has been training at Naval Air Station Key West, Fla. with elements of Carrier Air Wing 8, which is currently assigned to USS George H.W. Bush (CVN-77).

The Blacklions return comes a little more than a week after two aviators, Lt. Cmdr. James Brice Johnson, the pilot, and Lt. Caleb Nathaniel King, the weapon system operator (WSO), were killed when their F/A-18F Super Hornet crashed off the coast of Key West, Fla., during a training flight, according to a Navy statement. The crash is under investigation.

While Virginia Beach, home to Oceana, is likely being spared the snow and ice falling as a nor’easter winds along the Atlantic Coast, the weather forecast for Wednesday morning did include gusting winds and rain, according to weather.com.

The following is the complete March 21, 2018 statement issued Naval Air Force Atlantic announcing the delayed return to NAS Oceana of the Fighting Blacklions of VFA 213.

Due to today’s weather conditions the Fighting Blacklions of Strike Fighter Squadron (VFA) 213 will not return to NAS Oceana, Va. until Thursday, March 22, 2018.

Media will be met in the parking lot of the NAS Oceana Pass & ID office on Tomcat Blvd. at 9:15 a.m. Thursday, March 22.