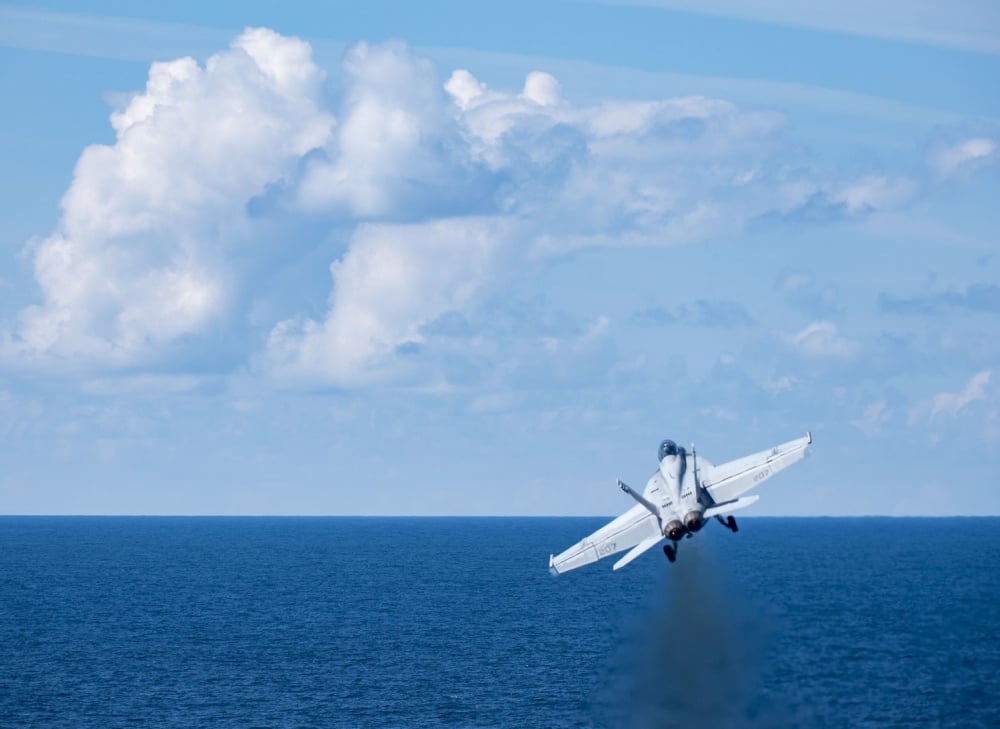 A week after one of their F/A-18F Super Hornet aircraft suffered a deadly crash, the Blacklions of Strike Fighter Squadron (VFA) 213 are scheduled to return Wednesday to their home base at Naval Air Station Oceana, Va.

Two aviators, Lt. Cmdr. James Brice Johnson, the pilot, and Lt. Caleb Nathaniel King, the weapon system operator (WSO) were killed in when their Super Hornet crashed off the coast of Key West, Fla., during a training flight, according to a Navy statement.

The squadron has been training at Naval Air Station Key West, Fla. with elements of Carrier Air Wing 8, which is currently assigned to USS George H.W. Bush (CVN-77).

During their final approach to Boca Chica Field at NAS Key West, Johnson and King ejected from their aircraft, which suffered a mishap. The incident is still under investigation.

The following is the complete March 19, 2018 release announcing the return to NAS Oceana of the Fighting Blacklions of VFA 213.

The Fighting Blacklions of Strike Fighter Squadron (VFA) 213 will return to their home base at Naval Air Station Oceana, Va. on Wednesday, March 21, 2018 following completion of their training at NAS Key West, Fla.

The squadron is returning one week after the fatal mishap of one of their F/A-18F Super Hornet aircraft in which LT. Cmdr. James Brice Johnson, the pilot, and Lt. Caleb Nathaniel King, the weapon system operator (WSO) were killed during a routine mission.

The mishap is under investigation.

Media are invited to cover their return. The squadron’s commanding officer, Cmdr. Kevin Robb, will have a brief statement for the media following their arrival but will not be taking any questions.

An arrival time for the Blacklion’s return is still unknown, but is expected to occur sometime between 10-12:00 p.m. Media will be informed by television and email when a time is determined.