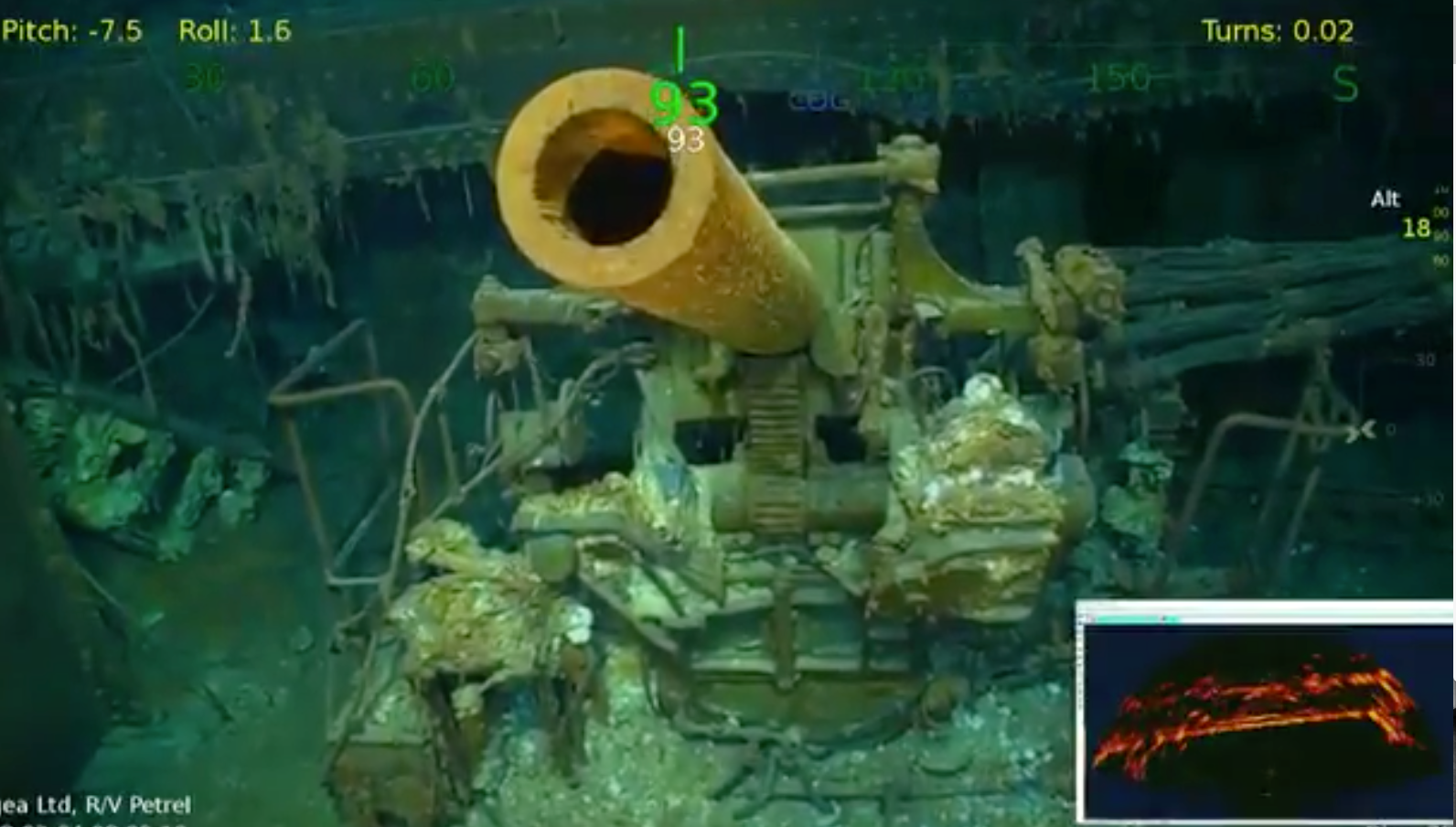 Billionaire-turned-explorer Paul Allen has discovered the missing wreck of the World War II carrier USS Lexington (CV-2) at the bottom of the Coral Sea.

The crew of his personal research ship R/V Petrel found the missing ship two miles below the surface and about 500 miles off the eastern coast of Australia, he announced on Monday.

“To pay tribute to the USS Lexington and the brave men that served on her is an honor,” Allen said in a statement.
“As Americans, all of us owe a debt of gratitude to everyone who served and who continue to serve our country for their courage, persistence and sacrifice.”

Video footages and photos from the wreck show well-preserved examples of the ships’ eight-inch and anti-aircraft guns. Aircraft that were abandoned aboard when the carrier was evacuated are also in excellent condition. Roundels, squadron markings and kill markings are clearly visible on fuselages of the lost aircraft, as pointed out on Twitter by naval journalist Chris Cavas.

Originally conceived as a battlecruiser, Lexington was redesigned to be one of America’s first operational aircraft carriers in 1922.

The Imperial Japanese Navy sank Lexington on May 8, 1942, during the Battle of the Coral Sea.

More than 200 sailors died after the ship sank following an attack by Japanese Achi D3A carrier bombers and torpedoes. More than 2,000 sailors were evacuated from the ship before it sank.

“The Battle of the Coral Sea was notable not only for stopping a Japanese advance but because it was the first naval engagement in history where opposing ships never came within sight of each other,” read the statement from Allen.
“This battle ushered in a new form of naval warfare via carrier-based airplanes. One month later, the U.S. Navy surprised Japanese forces at the Battle of Midway, and turned the tide of the war in the Pacific for good.”

We’ve located the USS Lexington after she sank 76 yrs ago. #RVPetrel found the WWII aircraft carrier & planes more than 3000m (~2mi) below Coral Sea near Australia. We remember her brave crew who helped secure 1st strategic US win in the Pacific Theater https://t.co/20ehjafD7d pic.twitter.com/HIvxNUDbsX

“As the son of a survivor of the USS Lexington, I offer my congratulations to Paul Allen and the expedition crew of Research Vessel (R/V) Petrel for locating the ‘Lady Lex,’ sunk nearly 76 years ago at the Battle of Coral Sea,” Harris said in a statement.
“We honor the valor and sacrifice of the ‘Lady Lex’s’ Sailors — all those Americans who fought in World War II — by continuing to secure the freedoms they won for all of us.”

In addition to Lexington, Allen has discovered other World War II wrecks including the cruiser USS Indianapolis, the destroyer USS Ward, the Japanese battleship Musashi and the Italian destroyer Artigliere. 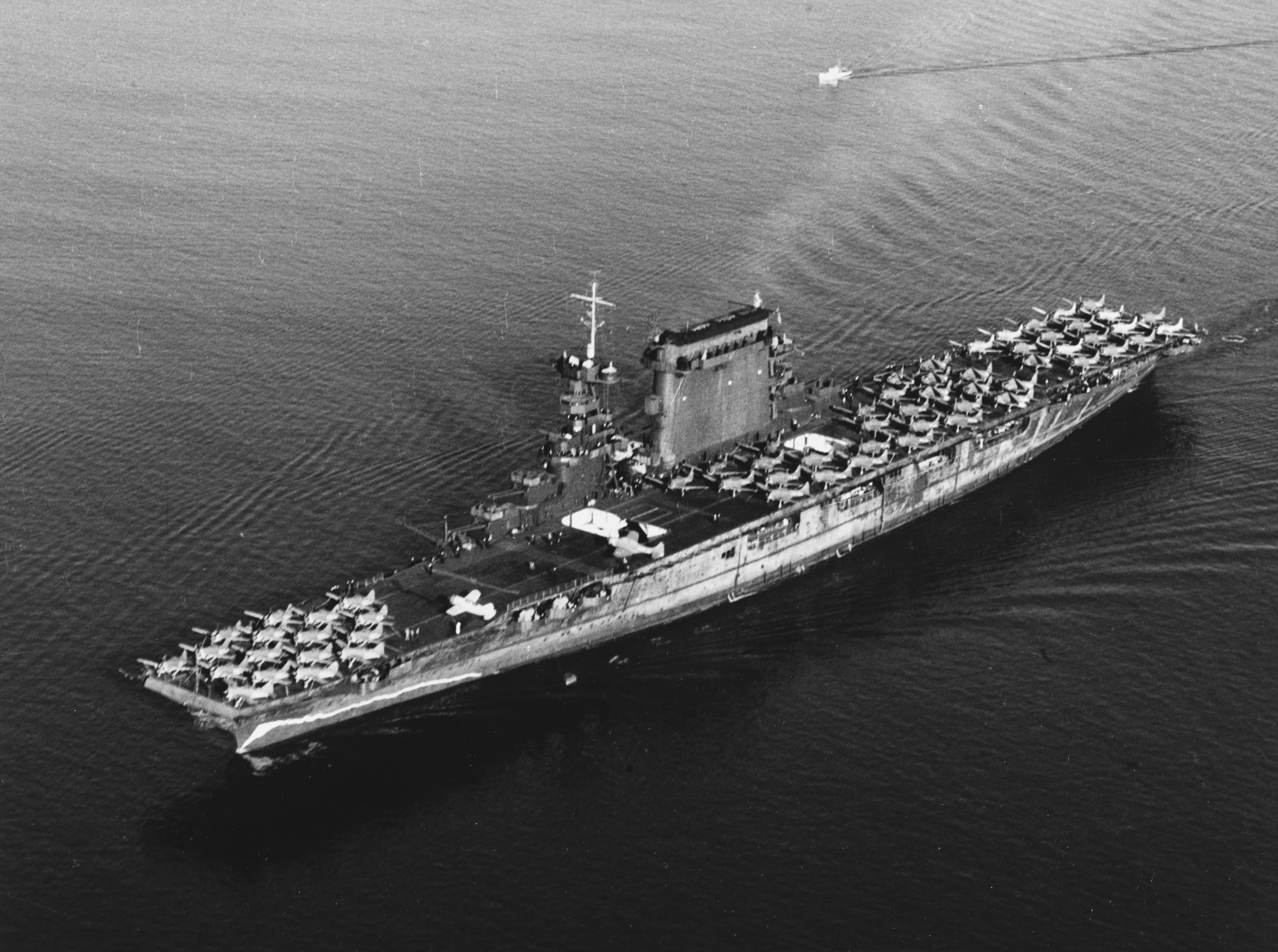 “As we look back on our Navy throughout its history, we see evidence of an incredible amount of heroism and sacrifice. The actions of Sailors from our past inspire us today,” retired Rear Adm. Sam Cox, director of the Naval History and Heritage Command, said in a statement. “So many ships, so many battles, so many acts of valor help inform what we do now.”