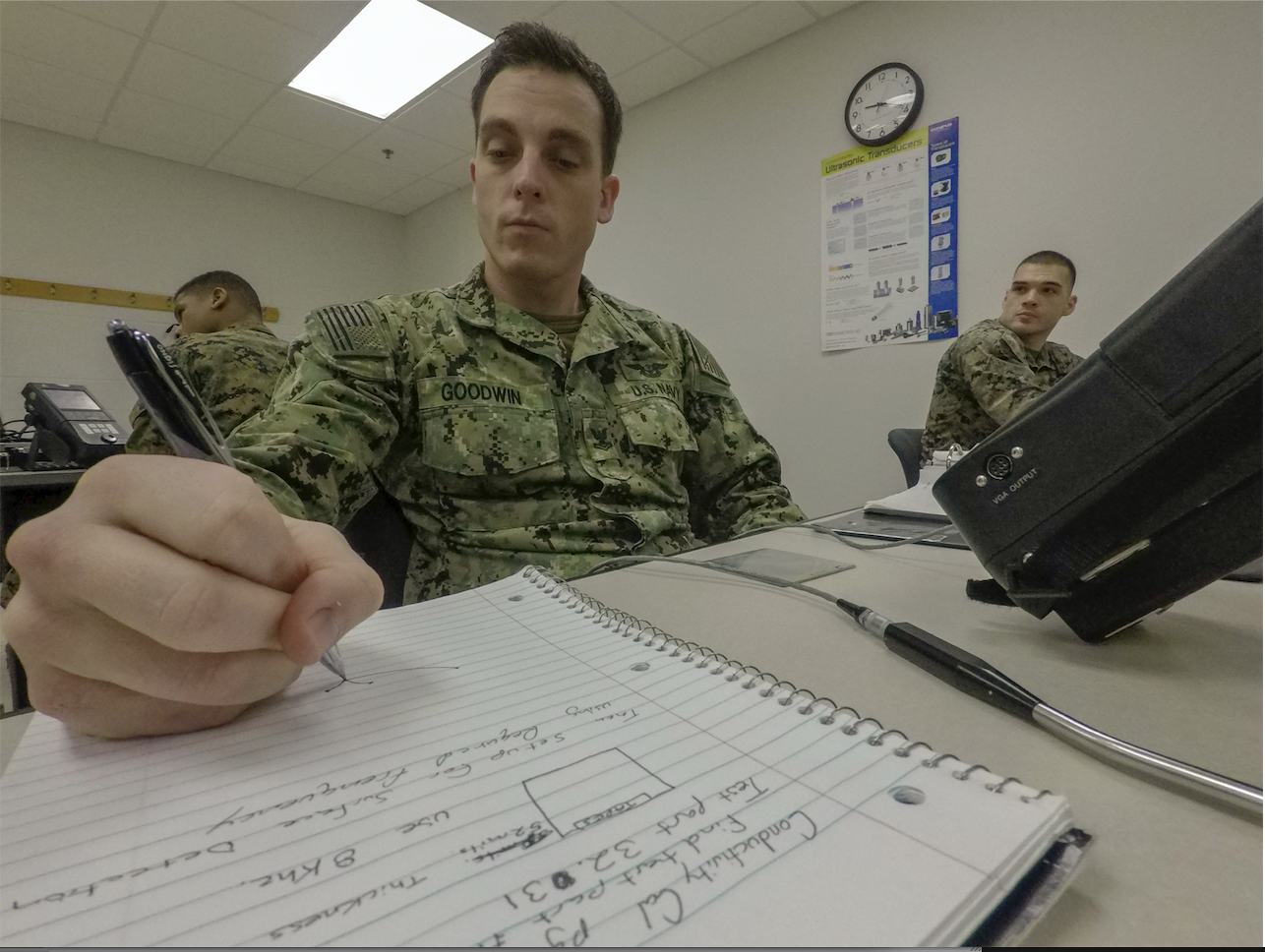 Called Ready, Relevant Learning (RRL), the plan wants to put sailors to the fleet faster and deliver training at the waterfront using computer-based courses at points in their careers when these skills will be needed.

The Navy touts the program will save nearly $1.3 billion through Fiscal Year 2021. However, the Navy is proposing spending almost that much money in just FY 2019 alone to buy the equipment needed to push training out to the waterfront, according to Pentagon information on the program obtained by USNI News.

“I don’t think you’ll save money necessarily,” Bryan Clark, senior fellow at CSBA, told USNI News.
“I think what they’re looking to do is transfer money from manpower-intensive centralized training towards less manpower-intensive distributed training using computer-based systems, which may work as long you think the management attention will be sustained on it for beyond the first couple of years.”

The idea, as pitched through the Navy’s Sailor 2025 Initiative, is to create a more efficient training program. The problem, in the Navy’s view, is that sailors enter the service, attend extensive training sessions at A-school, which teaches the basics of a new sailor’s rating, and then join the fleet – but most likely spend much of their first year working jobs not associated with the training they just received.

As for the future of the Navy’s A-schools and the advanced skills training C-schools, the Navy’s published Ready, Relevant Learning plans are somewhat vague on what will happen to these schoolhouse facilities. The Navy is currently developing curriculum and determining which skills are better taught at a centralized A-school or C-school, and which skills can be learned using computer-based training, a Navy spokesperson told USNI News on Friday.

As the coursework is updated, the spokesperson said the Navy will work on upgrading the technology envisioned to deliver training waterside. What this means is by 2021, the Navy intends to cut 6,500 A-school and C-school training billets, according to an information paper obtained by USNI News.

Rear Adm. Michael White, former commander of the Naval Education and Training Command, expressed confidence in how new technology would propel what amounts to a complete overhaul of the Navy’s training system.

During an interview recorded for the Navy podcast Soundings before retiring, White said, “the technology is really emerging in the science of learning to give us an opportunity to push a lot more training to the waterfront and even aboard our ships and submarines.” 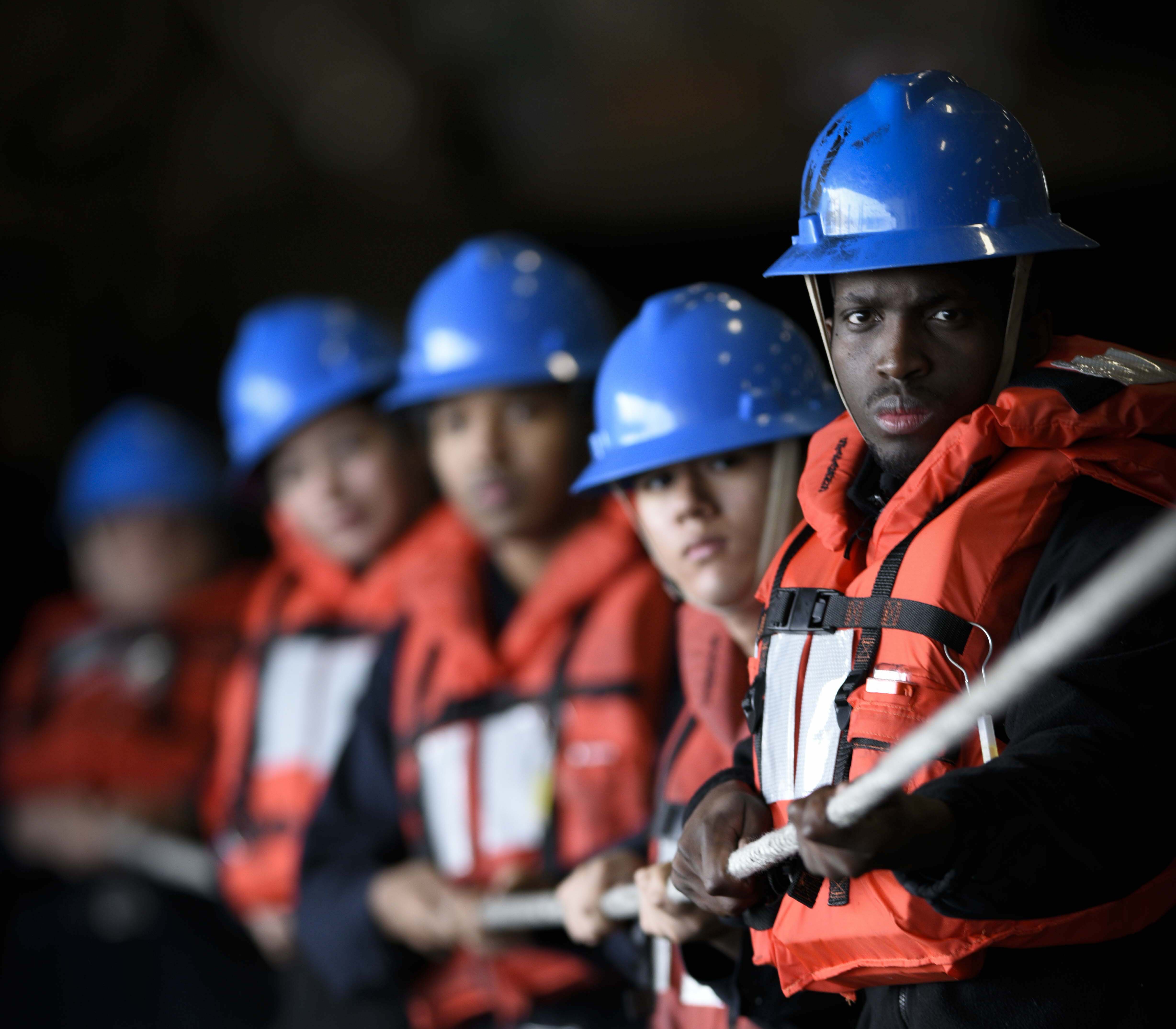 Sailors handle line in the hangar bay of the aircraft carrier USS Theodore Roosevelt (CVN-71) during a replenishment-at-sea on Jan. 18, 2018. US Navy Photo

An example of how technology can potentially change training, White said, is how the Naval School Explosive Ordnance Disposal recently expanded the curriculum to include electronic articles and videos on tablets.

“The instructors at EOD School have built these videos to show students the practical things that they have to do in their field,” White said.
“The students have been able to practice these videos the night before their practical exam.”

Clark understands the Navy’s desire to decentralize training. At any given time, he said, the Navy has close to 70,000 people who are, for one reason or another, outside the pool of people who can deploy. Some are in the hospital, some are between jobs, some have other circumstances – but a large portion of these sailors are in training, either at A-school or C-school for more specialized job training or seeking college or advanced degrees.

Keeping more people in the fleet is a benefit, but this also comes with costs, Clark said. One of the concerns raised during the aftermath of 2017’s deadly ship collisions involved how little time was dedicated to training. With Ready Relevant Learning, ships will be asked to routinely send a significant portion of their crews to training – either proficiency training or basic skill training – at the same time ships are in port undergoing maintenance.

Still, while conceding there are benefits of learning skills closer to the time they’ll be used, Clark – who attended A-school as a new enlisted sailor – worries about whether the quality of training will suffer without a centralized command ensuring training is up-to-date. Clark also worries about what is lost without the ability for a human instructor to pass on real-life experiences or a centralized command monitoring training.

“It’s nice to actually have somebody to be able to tell you what it is like to repair this piece of equipment or what are some of the dos and don’ts, and benefit from some of the sea stories they give you about the time it didn’t go well and how to avoid that,” Clark said.
“I benefited enormously from all of that. And you lose a little bit of that when you shift to more computer-based.”