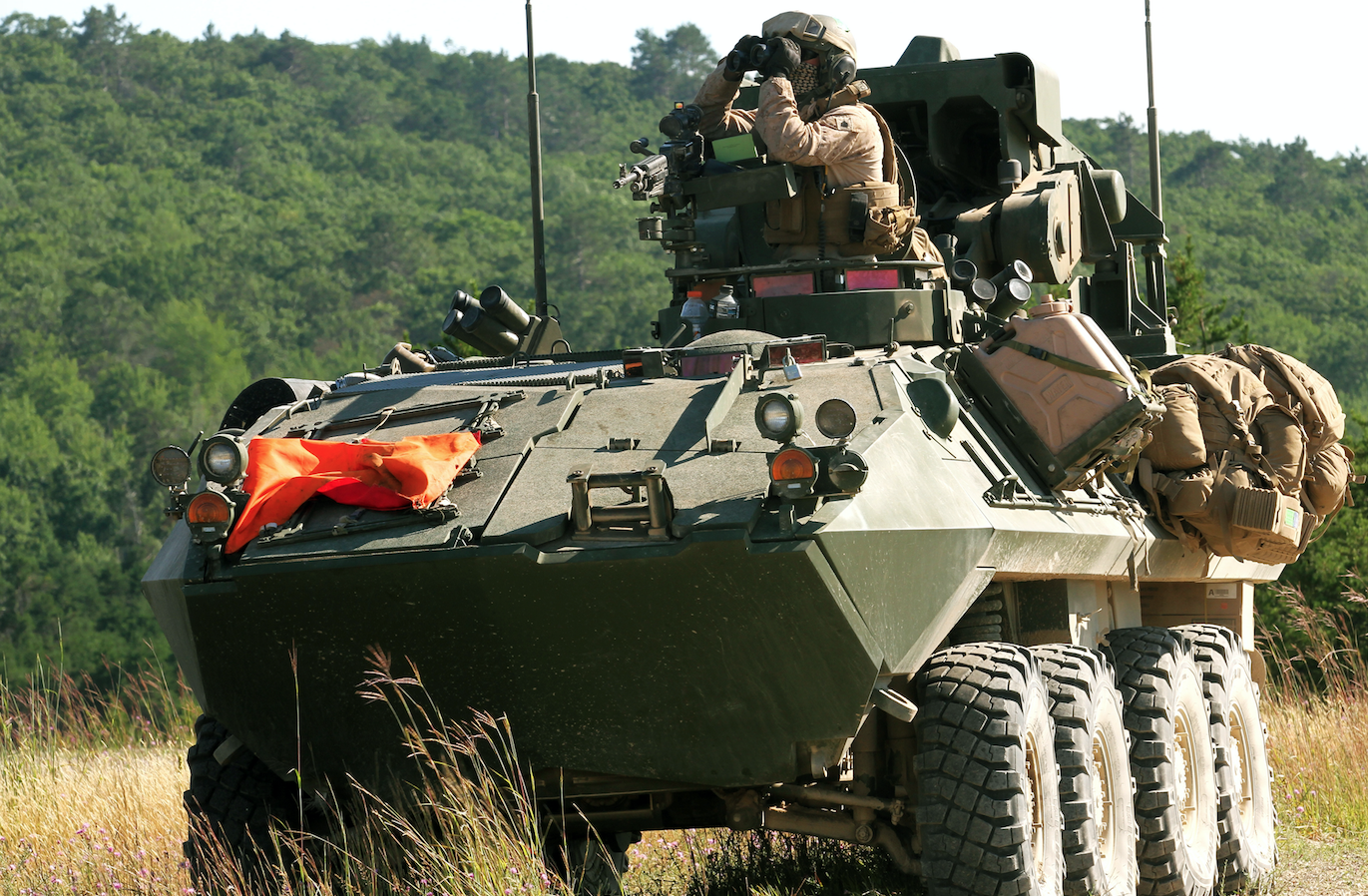 SAN DIEGO, Calif — The Marine Corps is finally ready to pursue a Light Armored Vehicle replacement after a couple years of not seeing the right next-generation ideas.

Lt. Gen. Robert Walsh, deputy commandant for combat development and integration, told reporters that the current LAV is a third-generation technology in a world where the commandant has called for all the Marines’ gear to be upgraded to fifth-generation capabilities.

“You look at things like some of our signals intelligence capabilities, some of our command and control, [Ground/Air Task Oriented Radar], [Common Aviation Command and Control System], some of those, I would call those fifth gen – they could tie into the Navy’s [Tactical Targeting Network Technology], [Cooperative Engagement Capability] network and be able to share and work very well,” he said after giving a speech at WEST 2018, cohosted by the U.S. Naval Institute and AFCEA.
“When I started looking at our ground vehicles, getting ready to replace the LAV … I looked at industry and said, what do you got to replace them? And what I was getting was a new old LAV. I’ve been through this with the CH-46: there were a lot of people that wanted, they called it ‘Son of Phrog,’ It was, you don’t want MV-22s, we want to sell you more Phrogs, CH-46s. And there were a bunch of smart folks that were above me that were going, no, they’ve got a vision for the V-22, something that could go from continental United States to Europe, something that could open up the battlespace. And I got that thing in Iraq and it changed the world. So I’m looking at this and I’m going, industry, is this the best you can do? Give me the same type of thing, same technology? And I’m comparing it to F-35 and what the commandant’s saying, and going, we can do better than this.”

After being discontent with the status of prime contractors’ offerings for a couple years, Walsh said he and Marine Corps Systems Command held a symposium about a month ago with the larger industrial base to understand what individual technologies exist that could inform their idea of what a next-generation LAV should be.

“I got all our reconnaissance folks together and we started talking about, and the requirements officer, what should this be? Should it launch its own [unmanned aerial systems]? Should it have its own [electronic warfare] capability? Should it be able to sense the electronic spectrum, what’s out in front? Long-range precision fires? Those kinds of things, we started putting together,” Walsh said.
“So this is what we’re thinking: it’s a truck, it’s a vehicle, now what should we put on it? What capabilities should we put on it? Lots of great ideas came out of that symposium. … That is going to help us with the [Advanced] Reconnaissance Vehicle [initial capabilities document] and develop that. What I saw out of that was, we can move towards that next-generation capability, just like we’re seeing in our aviation, just like our ground Marines deserve just as much. It’s not hard, I just wasn’t getting those ideas out of industry.”

Walsh said the Marine Corps is finally ready to start devoting research and development funds for the Advanced Reconnaissance Vehicle program after these positive interactions with industry.