SAN DIEGO, Calif. – The Navy’s rotary wing community is at a crossroads where the promise of unmanned systems intersects with the limits of piloted aircraft.

A panel of helicopter pilots, speaking at the WEST 2018 conference, discussed the various pulls and pushes facing their community as the Navy continues finding ways to work unpiloted aircraft into air wings.

“It seems more likely to me that rather than see a tremendous amount of growth in terms of new missions, it’s far more likely we’ll see some transformational evolution in terms of existing missions,” said panelist Cmdr. Chris Richards, a requirements officer for the MH-60R Seahawk program.

As processing capability gets faster, equipment gets lighter, and new mission areas open, Richards said the future of the community will be shaped by the vast amount of data collected and how it can be quickly distributed. 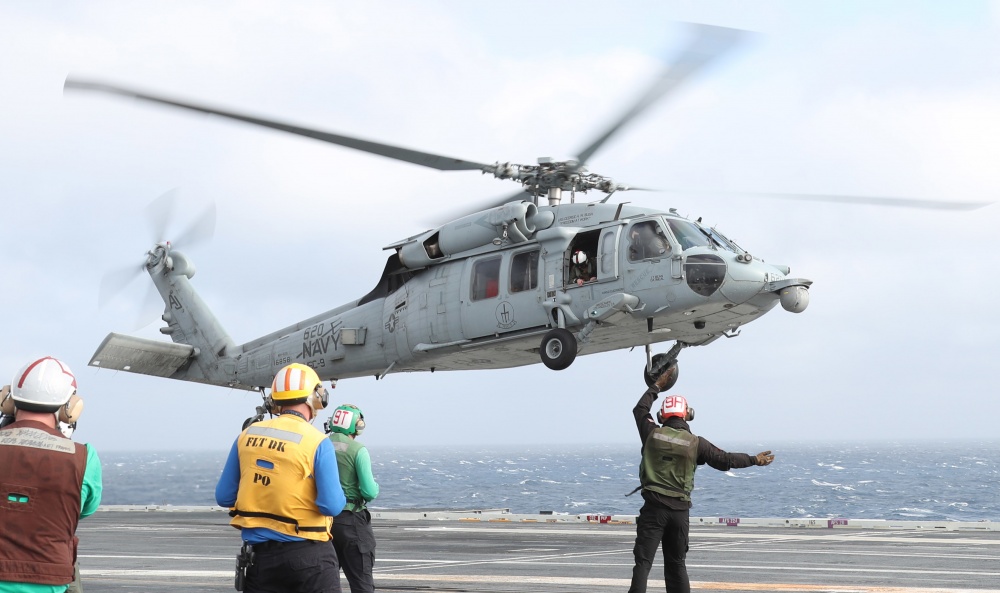 Speaking of the MH-60, Richards said this was probably the Navy’s most widely distributed aviation asset right now, but they’re not being used to their full potential. The aircraft are not networked together so valuable information they collect is not used as much as it could be. The problem for the Navy right now is ships at sea can’t easily share this data with other ships or shore-based operations due to bandwidth restrictions.

“The capability of the helicopter in some ways surpasses our ability to process the data post-mission,” Richards said.

But as technology continues to improve, Richards said he expects the Navy to better use this data within the next few years. When this happens, he suspects the MH-60s will be asked to collect data more often.

“The sense that we’re getting from the surface community is that they’re looking for range and consistency that I don’t think we will be able to achieve with the MH-60 or any subsequent generation,” Taylor said.

While the MH-60 is still the Navy’s workhorse, Taylor and Richards both said at some point it will need to be replaced. The helicopter of the future, Taylor said, could be a chassis and a propulsion system which has different equipment put onboard depending on mission needs.

Richards said, “I don’t begin to know what the next vertical lift aircraft will look like, but I have a pretty good idea of some of the things it will have to do.”