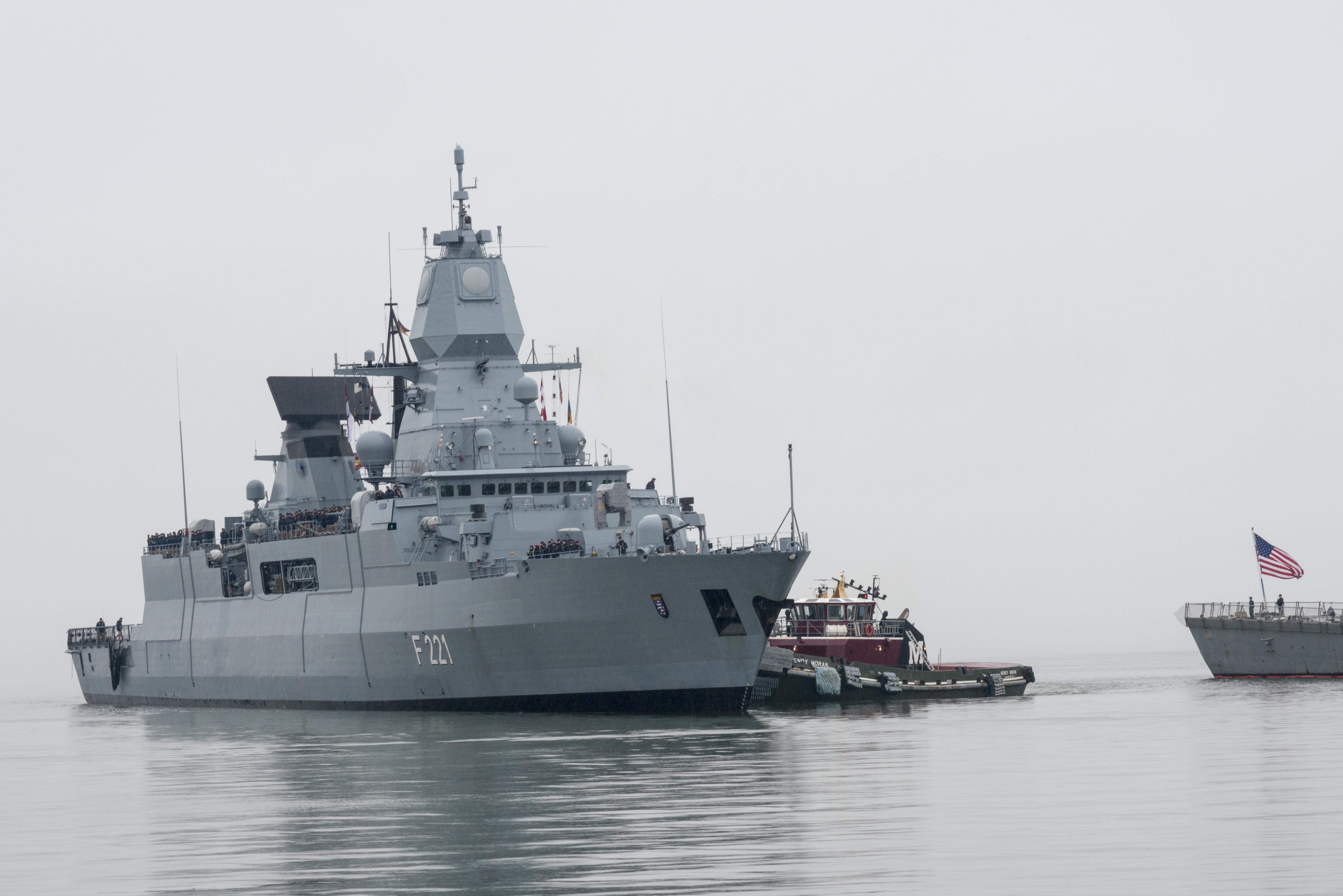 A Norwegian and a German frigate are in Norfolk now to join the Harry S. Truman Carrier Strike Group in its Composite Training Unit Exercise (COMPTUEX) beginning this week, with the German ship remaining with the CSG during its upcoming overseas deployment.

“Any time we can operate with another one of our allies anywhere in the world, we gain from it and they gain from it,” Rear Adm. Gene Black, commander of Truman CSG, said in a Navy news release.
“I’ve always had great success working with allies, and this is just a similar task with a more complex mission set. I’m very confident of our success and look forward to sailing with these two great ships.”

U.S. Fleet Forces Command spokesman Lt. Cmdr. Brian Wierzbicki told USNI News that the ships have been preparing for more than seven months to work as an integrated strike group.

“The FGS Hessen and Royal Norwegian Navy frigate HMNoS Roald Amundsen have been fully integrated into the command and control structure, and are treated no differently than other U.S. ships in their primary warfare areas,” he told USNI News.
“This includes participation in COMPTUEX planning conferences, the strike group’s Warfare Commanders Conference, as well as the Fleet Synthetic Training – Group Commander (FST-GC) exercise held just prior to COMPUTEX.”

Additionally, “Hessen’s communication suite has been configured to include the Command, Control, Communications, Computers and Intelligence (C4I) systems required to conduct operations with a U.S. Navy carrier strike group,” Wierzbicki said.
“A mutual declaration of intent was signed between the United States Navy and the Federal Ministry of Defense of the Republic of Germany delineating the command relationships and logistics support arrangements for the preparation, training and operational deployment with the Truman carrier strike group,” with the C4I upgrade coming as a result of that agreement.

Hessen deployed with the Truman CSG in 2010, in a previous display of international interoperability and cooperation, according to the Navy news release.

“We are looking forward to a challenging and exciting training with the U.S. Navy,” Hessen Commanding Officer Cmdr. Oliver Pfennig said in the news release.
“The integration of German warship Hessen in the carrier strike group requires a lot of trust in our capabilities, and we will perform professionally and competently in all upcoming CSG operations.” 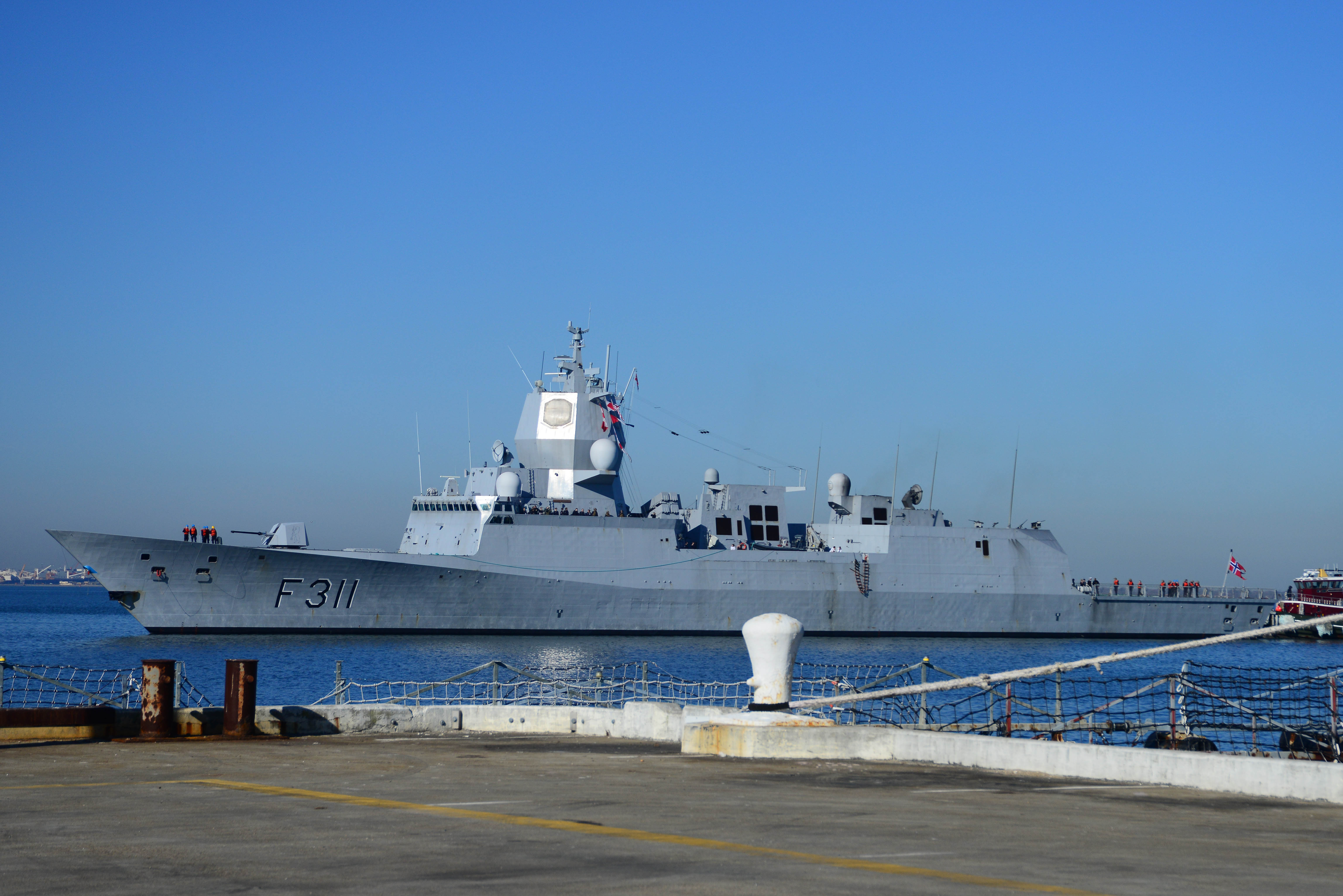 Wierzbicki told USNI News that Hessen will supplement the strike group, not replace any U.S. warship. Hessen, and Roald Amundsen during COMPTUEX, will “significantly enhance our capabilities, particularly in the areas of air defense and anti-submarine warfare,” he said.

Wierzbicki added that, even as the strike group will be a multinational effort, so too will be the logistics that support Hessen while accompanying the Truman CSG. The CSG will provide fuel and technical support for the German frigate, but the ship will have to request food, parts and other goods through its own naval logistics organization, as laid out in agreements between the two navies and in NATO requirements.